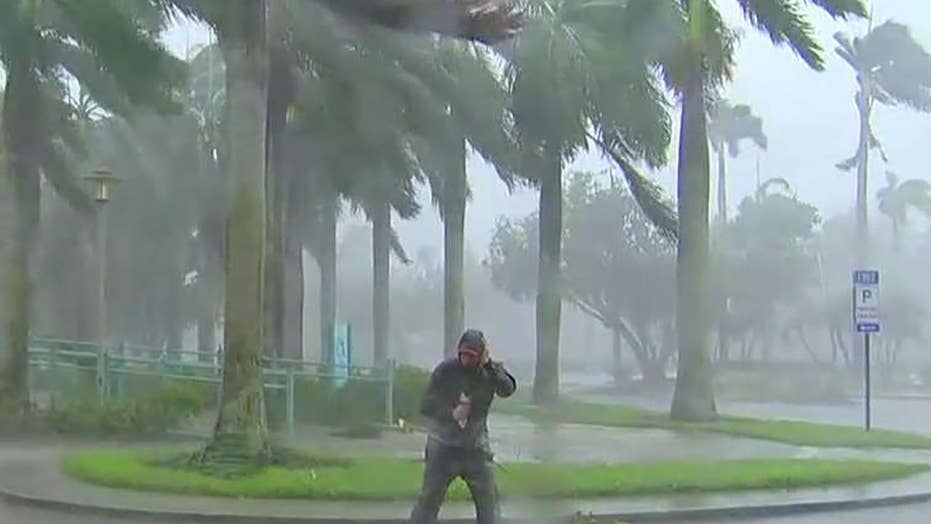 As Hurricane Irma swirls through the Florida Keys threatening to wreak havoc of unprecedented proportions along the West Coast of the Sunshine State, the one thing we can all offer is prayers.

Prayers for the more than 6 million people forced to evacuate, prayers for the lives already lost in the Caribbean Islands, prayers for those who chose to stay and ride out the storm, and prayers for the first responders and medical personnel who take their responsibility to the safety and well-being of Floridians seriously, and will be working round-the-clock to make sure everyone makes it out alive.

Aside from the anticipated devastation to infrastructure, property and the economy, Irma is also bringing with her a total disruption of Florida's health care system. While they await the storm's landfall on the mainland, I have spoken to several hospitals in MIami-Dade County, Naples and the Tampa Bay area, and despite the fact that they have all made great preparations to weather the storm, unfortunately, they know this catastrophic event will continue to play out for several days and even weeks.

If there is a silver lining in such dire times, it's that these devastating natural disasters often bring out the best of humanity in our communities, including the unbreakable spirit of the health care workers who will work tirelessly until the job is done.

It's still too early to know what kind of damage will befall some of the state's largest hospitals -- especially those that sit by the water. I'm most concerned about Tampa General, which on Sunday was under lockdown with 650 patients in-house, and hospitals in Naples.

As we have learned from previous natural disasters like Hurricane Katrina in 2005, hospital disruptions bring with them significant issues in the ability to care for existing patients, as well as emergencies that may arise during the storm and the cleanup of devastated areas in the weeks that follow.

One important aspect to consider is how medical staff in affected areas will work -- not only the acute phase of this event -- but in the days and weeks that follow. At the present time, most hospitals have sequestered medical and nursing staff to remain in hospitals throughout the state. And these dedicated professionals are preparing to work multiple shifts on very little sleep.

If there is a silver lining in such dire times, it's that these devastating natural disasters often bring out the best of humanity in our communities, including the unbreakable spirit of the health care workers who will work tirelessly until the job is done.

At the same time, these folks have families and homes of their own that they eventually need to attend to, which is why it's going to be imperative that medical staff in Florida hospitals and clinics receive a great deal of support when it comes to relieving those who have weathered the storm to keep their medical facilities open and running.

Never in the state's history have so many counties and cities been affected all at the same time, and the rebuilding efforts after this unprecedented event have to be supported not only by the American public, but by state and federal governments.

We will know more in the coming days, but one thing that I am sure of is that Florida will rebuild. The spirit of all the selfless nurses and doctors and all health care workers will prevail, and the state will continue to provide the best health care available to its citizens.