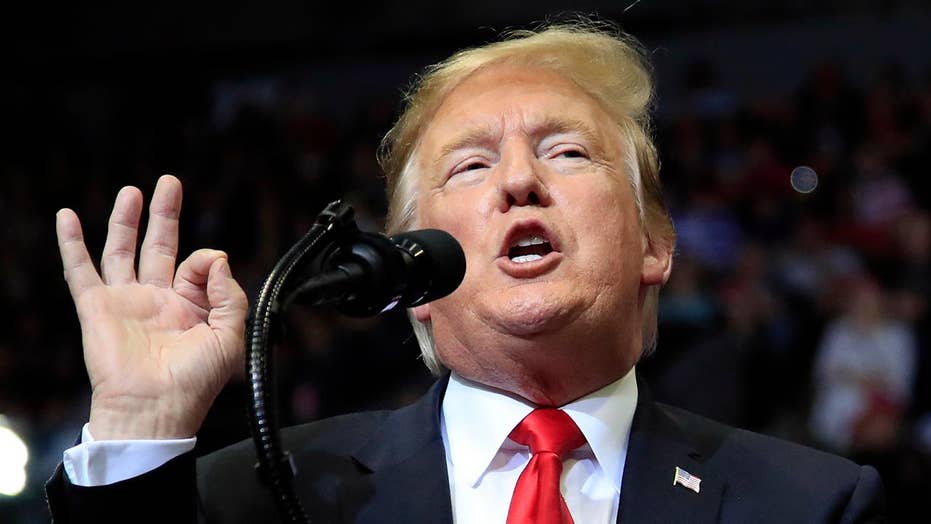 Last week, President Trump brought the health care debate back to center stage of the 2020 campaign with a renewed effort to replace the Affordable Care Act.

Meanwhile, in a remarkable two-sentence letter to a federal appeals court, the Justice Department announced that it would reverse its previous course and seek a complete annulment of the law as well.

The effort was met with stark resistance from Democrats as well as some Republicans, namely House Minority Leader Kevin McCarthy, R-Calif., who told the president on a phone call that his plan made no sense.

The response from Democrats has been more pointed, with many lawmakers decrying this latest move by the Trump administration as an all-out assault on health care.

“The Trump administration decided not only to try to destroy protections for Americans living with pre-existing conditions, but to declare all-out war on the health care of the American people,” Speaker Nancy Pelosi said of the decision.

Indisputably, Minority Leader McCarthy and Speaker Pelosi are both correct in saying that the Trump administration’s plan is nonsensical, and it would inflict drastic harm on our health care system and the millions of Americans who depend on it.

While this recent attempt to repeal the Affordable Care Act is deeply concerning, and has received considerable attention, it is not the only threat to America’s health care system that is currently being considered.

Make no mistake, binding arbitration is no more than a form of government price controls masquerading as pro-market reform that will particularly hurt American seniors and those with pre-existing conditions.

Though binding arbitration is supposed to, according to its proponents, reduce the launch prices of Medicare Part B and Part D drugs in order to create a fairer and more stable market for patients, it is anything but fair or reasonable.

It is time for our policymakers to come to the negotiating table to find a solution which ensures that no Americans lose their health insurance and protects those with pre-existing conditions, without threatening patients’ access to care.

Binding arbitration is price setting by a different name, and is used in other countries that have socialized health care systems. It would ultimately be the worst of both worlds for patients — decisions about access to treatment being made by government officials with zero accountability to the public, and further, government appointees picking and choosing which drugs a patient receives based on factors beyond doctors' prescribed care, such as perceived high costs or even social inequities.

Put another way, disadvantaged groups that have long faced disparities in health care would continue to be vulnerable to bureaucrats with more power over treatment decisions than their doctors or themselves and their families.

The reality is that, in order to reduce drug prices, we should not be looking to government price-setting, but to market competition and individualized doctor-patient care.

Moreover, price setting policies aimed at Medicare, including as binding arbitration, discourage innovative new therapies for older and more disadvantaged people, and would incentivize manufacturers and investors to only focus on products and treatments for those with private insurance, thus mostly the healthier, working age population.

Like other forms of government price controls, imposing binding arbitration would target the most innovative medicines under development and significantly chill biopharmaceutical progress, at a time of otherwise remarkable scientific progress.

Indeed, implementing a top-down system that would dictate prices will not actually do anything to lower drug prices. Our health care system must explore ways to increase access to life-saving treatments, not expand regulations.

As policymakers examine how best to strengthen our health care system, we must put patients, especially their access to treatments and coverage, first in any and all reforms.

The United States decided against fully-socialized medicine with the Affordable Care Act, because our lawmakers understood the benefits that the free market has brought to health care.

It is not time to strike down the Affordable Care Act, nor to implement binding arbitration. It is time for our policymakers to come to the negotiating table to find a solution which ensures that no Americans lose their health insurance and protects those with pre-existing conditions, without threatening patients’ access to care.

There are steps that we can take to improve Medicare and federally-funded health programs in general. But in doing so, it is important that we not lose sight of our pro-market, pro-patient policies that have made our health system the strongest in the world.