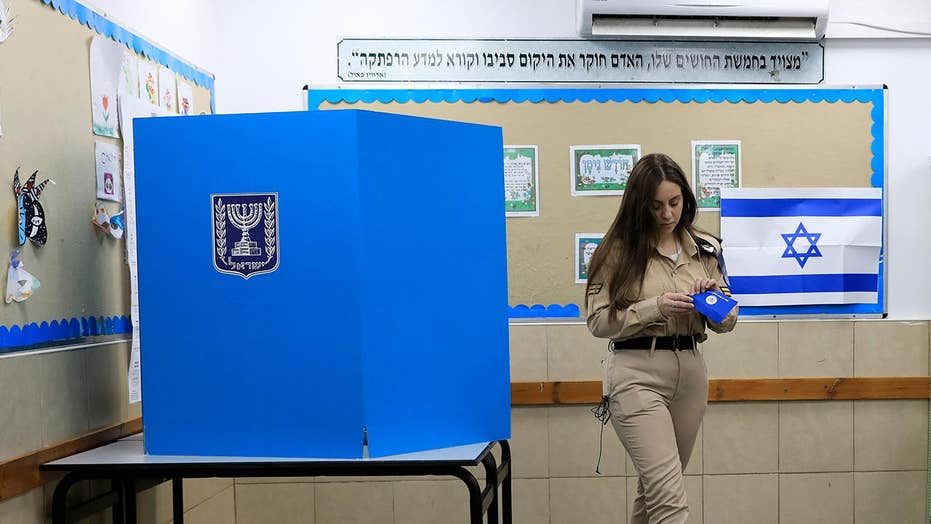 Based on historical results of past elections, it appears likely that Netanyahu will form the next government with the support of smaller conservative and religious parties.

With 93 percent of the vote counted, the Israeli newspaper Haaretz forecast that Likud would capture 37 seats in Israel’s parliament – the Knesset – to Blue and White’s 36.

No party has ever won an outright majority in an Israeli election. President Reuven Rivlin will pick one of the top vote-getting parties and that party will then try to put together a coalition to get a majority of at least 61 seats in the 120-member Knesset.

Of critical importance, virtually all the right-wing and religious parties said they would recommend that Rivlin give Netanyahu the first chance to form a government – an important advantage for Netanyahu that seems likely to keep him in office.

Once election results are finalized Wednesday, coalition building will be difficult and lengthy. It is also important to bear in mind that, given the close nature of the race, smaller political parties will likely have a larger impact in the coming days on coalition building.

While President Trump didn’t endorse either candidate, he took actions that strengthened Netanyahu and the right-wing parties. In addition to moving the U.S. embassy in Israel from Tel Aviv to Jerusalem earlier in his term, Trump pulled out of the Iran nuclear deal – both high-priority goals of Netanyahu and popular positions among Israelis.

Trump just recently recognized Israeli sovereignty over the Golan Heights, which Israel captured from Syria in the Six-Day War in 1967. And on Monday Trump labeled Iran’s Revolutionary Guard Corps a “foreign terrorist organization.” These were also high priorities for Netanyahu and also popular actions in Israel.

On top of this, Trump earlier visited Israel and prayed at the Western Wall – land Palestinians consider occupied territory but which Israel has annexed – and has been a strong supporter of many of Netanyahu’s policies in dealing with the Palestinians.

Netanyahu touted his good relationship with Trump in his campaign, focusing on his success in building strong ties to the U.S. president and saying he is in the best position to work with Trump for Israel’s benefit in the future.

For his part, President Trump is using his strong backing for Israel to seek the support of American Jews and other U.S. friends of Israel – among them evangelicals – in his bid for re-election next year.

If Netanyahu manages to stay in office, it will be because the largest group of voters in Israel leans to the right. To be sure, close to half of Israel voters identify on the right politically, and only about 20 percent identify as left-leaning.

While President Trump didn’t endorse either candidate, he took actions that strengthened Netanyahu and the right-wing parties.

Given the global implications of the Israeli election and the polarizing ideological arguments being made, it is critical at this juncture to consider that while we have not seen a resounding repudiation of Netanyahu, we have also not seen a resounding endorsement of him by Israeli voters. Regardless of who becomes the next prime minister, this is notable in and of itself.

Netanyahu campaigned on the fact that he has kept Israel safe and its economy strong. While Netanyahu reached out mainly to allies on the right throughout the campaign and touted his economic and security accomplishments, Gantz was far more centrist and made corruption charges against Netanyahu the top issue of his campaign.

At this point, only time will tell what this means for the peace process. But we know for sure that voters have not given an outright endorsement of some of the headline-grabbing announcements Netanyahu made in the final days of the campaign, such as his pledge to made Jewish settlements on the West Bank part of Israel.

However, this election can’t be taken as a call for a two-state solution – a Jewish state of Israel and a Palestinian state on the West Bank and in Gaza. Many in the Jewish community in the United States, and maybe even in the Trump administration, would like to see that. But Israelis remain clearly divided.

Also, not to be ignored is the fact that if Netanyahu stays in his job he will have to grapple with serious legal troubles, including being potentially indicted while in office – something that will surely continue to complicate coalition building. Netanyahu says he is innocent of corruption accusations made against him.

Until a coalition government is formed, nothing is final. The political maneuvering will be fierce in coming days.