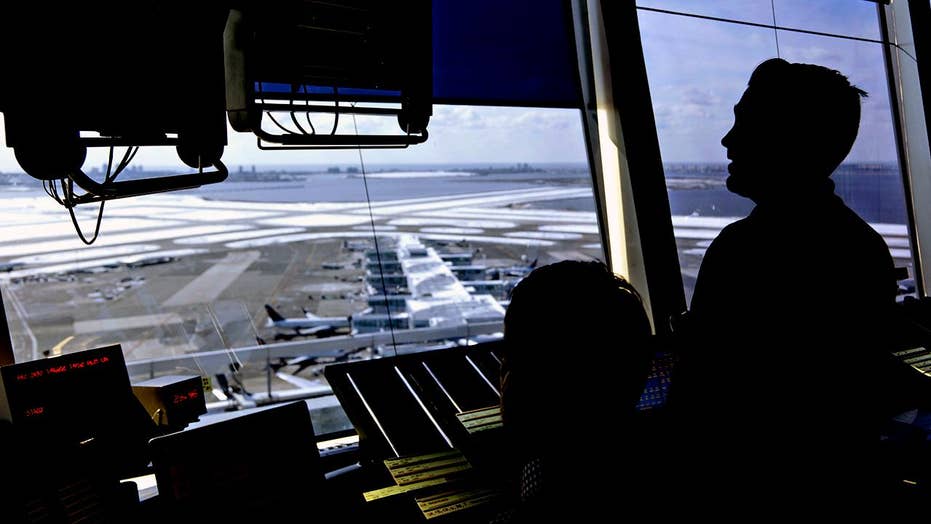 Air traffic controllers union sues the Trump administration over the partial government shutdown: Do they have a case?

As the partial government shutdown continues into its fourth week – leaving some 800,000 federal workers without paychecks and cutting important government services and programs – the American people are blaming President Trump.

In the days leading up to the partial shutdown, the president declared that he would take full responsibility for closing down part of the federal government to bolster his demand for $5.7 billion in funding from Congress for a wall or fence along the U.S.-Mexico border.

Despite his later attempts to shift the blame to Democratic congressional leaders, Americans continue to blame President Trump for the shutdown.

A recent poll by Quinnipiac University shows that 56 percent of Americans says the president is responsible for the shutdown. This is further supported by polls released over the past nine days from the Washington Post/ABC, CNN, CBS/YouGov, Reuters/Ipsos, and Politico/Morning Consult that all show Americans are blaming President Trump for the shutdown.

The president’s approval ratings have been on a steady decline since November, according to the RealClear Politics average of polls. With most Americans blaming him for the continued government shutdown, the president’s power to negotiate grows weaker every day.

It is obvious now that President Trump’s action to shut down part of the government to receive funding for his border wall has backfired. For the sake of his presidency and the country, it is time to reopen the government.

Others within Republican circles and the White House are coming around to the idea that it is time to restore government funding without money for the wall.

Sen. Lindsey Graham, R-S.C. – one of President Trump’s fiercest allies in Congress – said on “Fox News Sunday”: “I would urge (President Trump) to open up the government for a short period of time, like three weeks, before he pulls the plug. See if we can get a deal. If we can’t at the end of three weeks, all bets are off. See if he can do it by himself through the emergency powers.”

Graham’s calls to build the wall are now subsiding in preference for the Democrats’ deal to reopen the government and then debate border security.

It is time for President Trump to support this plan as well.

It is obvious now that President Trump’s action to shut down part of the government to receive funding for his border wall has backfired. For the sake of his presidency and the country, it is time to reopen the government.

The inability to even negotiate in regards to funding came to light with President Trump’s acting Chief of Staff Mick Mulvaney in a closed-door White House meeting, according to news reports. Mulvaney mentioned how Democrats were not interested in fully funding $5.7 billion for the wall, and that President Trump was not interested in the $1.3 billion Democrats offered.

But before Mulvaney could even finish, President Trump cut him off and told him that he had ruined the negotiations.

In fact, there is a plan on the table that works: fund the government and continue the debate on border security. There is no reason to keep the much of government shut down over a completely political issue.

I believe that we need additional funding for border security. However, I disagree with President Trump’s actions and his belief that we need a wall.

The government must reopen to continue the debate. It is wrong that federal employees have had to resort to yard sales and food banks to get by because of Congress’s inability to reach agreement on a deal with the president.

For President Trump to have any chance at winning again in 2020, he will need to end the shutdown immediately and take whatever money the Democrats are now willing to provide. By doing this, he can say that the shutdown has been a victory because border security has gotten more funding than it previously had.