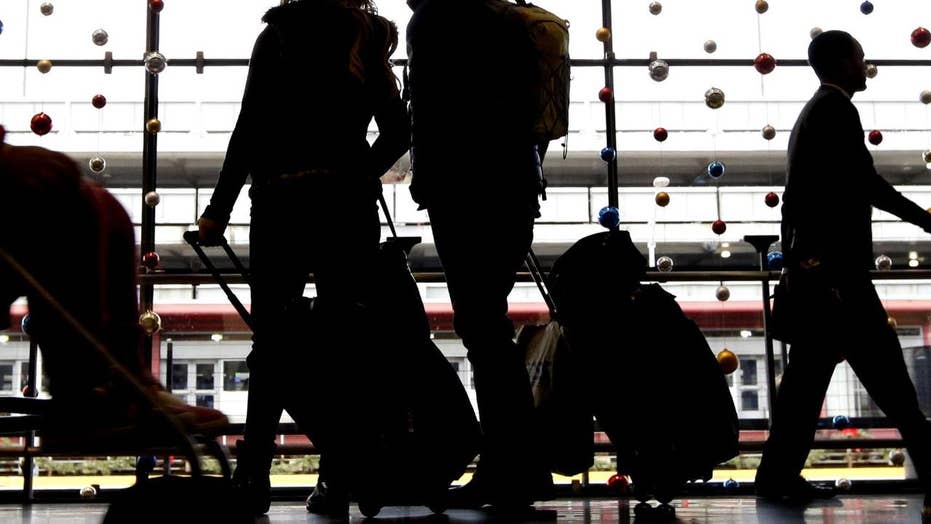 States with high taxes are at risk of losing people, business and money. In fact, conservative economists Arthur Laffer and Stephen Moore argue that up to 1.3 million people will leave California, Connecticut, New Jersey, Minnesota and New York over the next three years and move to states with lower taxes.

The sweeping overhaul of the federal tax code passed by the Republican-controlled Congress and signed into law by President Trump in December has left both residents and elected officials from high-tax states in a precarious position.

With state deductions now capped at $10,000, the cost of living in states such as California and New York – where state taxes are notoriously high – is increasing substantially. This has the potential to lead both middle-class families, and even the wealthy, to begin questioning whether it is time to move to a more tax-friendly state.

This means potentially bad news for Democrats, as solid blue states are generally those with the highest state taxes. If they lose enough people, these states will eventually get fewer seats in the House of Representatives and fewer votes in the Electoral College, which determines who is elected as president.

In one high-profile example of the impact of high taxes, professional golfer Phil Mickelson recently slammed California’s taxes and threated to leave the state. “If you add up all the federal and you look at the disability and the unemployment and the Social Security and the state, my tax rate's 62, 63 percent,” Mickelson said.

With the 2020 elections on the horizon, Democratic presidential hopefuls – particularly those from high-tax states – are taking notice of these concerns.

New York Gov. Andrew Cuomo – seeking re-election this year and a potential 2020 Democratic presidential contender – recognizes the threat that tax migration may pose. “If you lose the taxpayers, you lose the revenue,” Cuomo said in December. If Cuomo is able to find an agreeable solution to this issue, it could greatly increase his chances of success if he embarks on a 2020 run.

Facing a similar predicament, California Lt. Gov. and gubernatorial candidate Gavin Newsom, another potential 2020 Democratic hopeful, has attempted to demonstrate to voters that even though their taxes are high, they are well-served.

Newsom has defended increases to the state gasoline tax and vehicle fees. He has said taxes are funding necessary transportation projects in California.

For blue states to remain competitive, it is certainly incumbent upon Democratic elected officials to demonstrate to voters how important high taxes are to the high functioning of the state. But though this strategy may satisfy voters for a time, it is certainly not a sure-fire way for Democratic leaders to solve the issue of tax migration.

Ultimately, trying to win over voters by blatantly advocating for higher taxes – even if the taxes fund projects that benefit residents – is an uphill battle that no candidate or party wants to fight. Just ask Democratic former Vice President Walter Mondale, who announced he would raise taxes if elected president and wound up losing the race to Ronald Reagan in a historic landslide in 1984. Reagan carried 49 states.

Ultimately, Democrats need to focus on putting forth a pro-growth economic agenda that has demonstrable benefits for all Americans, and convinces voters that the GOP tax cuts are benefitting primarily the wealthiest Americans.

Additionally, Democratic officials from high-tax states must be able to distinctly convey to voters that increases in state taxes are the result of the GOP tax legislation, rather than a result of Democrats championing excessive government spending.

This will be critical for Democrats to convey if they want to dually combat the impact of tax migration and boost their 2020 prospects.

Put simply, the average American has to pay for the chance to live in states like New York and California.

At the same time, both California and New York are expected to lose one electoral vote each.

The impact of a population surge in a solid red state such as Texas will ultimately work in Republican’s favor in 2020. Democrats will be hurt when solid blue states such as New York and California lose residents.

Democratic candidates such as Cuomo and Newsom will need to demonstrate that New York and California residents who are not members of the wealthiest class will be better off due to the strength and longevity of the states’ taxpayer- funded government programs.

This strategy however, must be accompanied by a pro-economic growth platform that is championed by the Democratic Party on a national scale.

The impact of tax migration is particularly interesting to examine in a state such as Florida, a low-tax swing state that is expected to pick up two Electoral College votes. While the northern area around Orlando contains large communities of conservative-leaning Midwestern migrants, Fort Lauderdale and Boca Raton see just as many left-leaning Democrats from the Northeast.

Thus, given the recent population increases in Florida, the new residents’ stances on taxes and on issues in general will be critical for the Democratic Party to examine heading into 2020. Consequently, the party’s overall national perception among voters, specifically with regard to economic policy, should be a primary focus for the Democratic Party.

Democrats are certainly hoping that left-leaning migrants to Florida from New York, Connecticut and New Jersey – who hold liberal beliefs but are looking for a tax break – will offset those moving to the state with conservative beliefs.

Ultimately, in order for Democrats to overcome the issue of tax migration at the ballot this November and in 2020, the party will need to once again define itself as the party with a pro-growth economic platform that benefits all Americans.