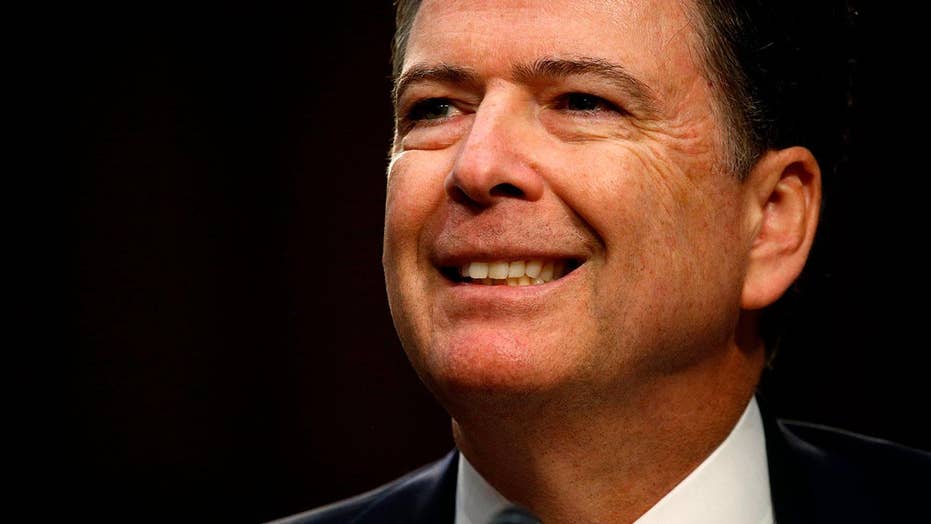 With each passing week come new and troubling revelations regarding the actions of fired FBI Director James Comey.

In an article published a couple of weeks ago, I warned that Comey’s testimony under oath that he intentionally leaked materials for publication in a New York Times story raised serious legal questions at the time.

According to reports, at least four of the seven memos Comey drafted of privileged communications he had with the president contained classified information – not personal documents – as he contended during a Congressional hearing last month.

According to Comey’s testimony, the memos were written on an FBI computer, in an FBI van, on FBI time, and contained confidential information – in other words, in his official capacity as Director of the FBI.

This is the exchange that took place during that hearing on June 8th:

“So you didn’t consider your memo or your sense of that conversation to be a government document? You considered it to be, somehow, your own personal document that you could share to the media as you wanted through a friend?”

“Correct.  I understood this to be my recollection recorded of my conversation with the president. As a private citizen, I thought it important to get it out.”

Not so fast. Members of Congress who reviewed those memos in recent days say they are treating a majority of them – as they should – as classified documents that were deliberately leaked.

And their classified status was not ambiguous. According to reports, these memos “had markings making clear they contained information classified at the ‘secret’ or ‘confidential’ level, according to officials directly familiar with the matter.”

What is still unclear is whether any of the documents Comey leaked to a colleague which then were published by the New York Times contained classified material.

What is clear is that if the information Comey intentionally leaked was classified, this constitutes a violation of criminal provisions of the Espionage Act. And, if Comey leaked classified information while he was still the FBI Director, his conduct is sanctionable and violated Executive Order 13526 as well as official FBI policy.  There are many rules and requirements governing the handling and disclosure of classified information.  What’s not permitted – leaking classified information to a friend to pass along to the news media.

It’s also clear that Comey’s memos regarding the confidential and privileged information shared with the president were FBI records – not part of his personal, private collection.

According to Comey’s testimony, the memos were written on an FBI computer, in an FBI van, on FBI time, and contained confidential information – in other words, in his official capacity as Director of the FBI.

Comey testified that he prepared the memos the way he did to make it “easier for us to discuss within the FBI and the government and to hold onto it in a way that makes it accessible to us.” According to his testimony then, the memos were clearly prepared for and meant to be used by a U.S. government agency.  According to reports, “the FBI claimed [the Comey memos] were all government documents.”

The bottom line: James Comey knew what he was doing and decided to play by a different set of rules.

Clearly, what Comey leaked was an FBI record, which standing alone could be a federal crime.

In addition, it had value and many courts have held that government information has value for purposes of this statute. That means there are two possible ways that Comey may have violated this one statute. So, regardless of whether the information Comey leaked was classified, his action could constitute a criminal violation of 18 U.S.C § 641.

The bottom line: James Comey knew what he was doing and decided to play by a different set of rules.

As The Hill correctly concluded: “This revelation raises the possibility that Comey broke his own agency’s rules and ignored the same security protocol that he publicly criticized Hillary Clinton for in the waning days of the 2016 presidential election.”

Comey did what no Director of the FBI should ever do – turn that position into a political weapon – in this case – in an attempt to discredit and damage President Trump and his administration.

James Comey should be held accountable and prosecuted for his corrupt actions.