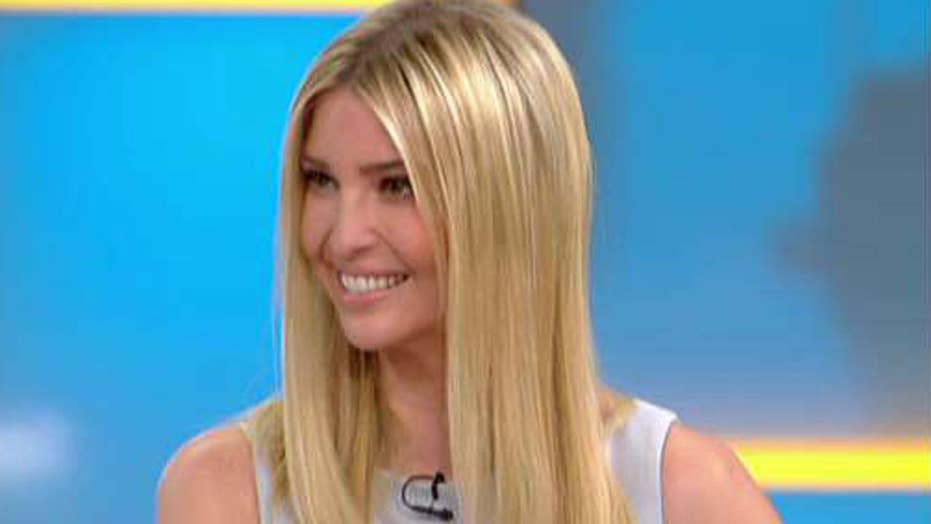 The president's daughter weighs in on 'Fox & Friends'

In analyzing the issue of whether President Trump can be guilty of obstruction of justice, two distinct questions must be addressed. The first is whether Trump had the constitutional authority to do what he did. The second is, if he acted within his constitutional authority, can his actions be a crime if they were improperly motivated.

The answer to the first question seems beyond dispute now, though some seemed to dispute it in weeks past. As Comey himself testified: “speaking as a legal matter, the president is the head of the executive branch and in theory… and we have important norms against this …[can] direct that anybody can be investigated or anybody not be investigated.” He is correct. As a matter of constitutional law, the president as the head of the executive branch may order the director of the FBI to end his investigation of Michael Flynn and may fire the director for refusing to obey his order. He could also pardon Flynn (as President George H.W. Bush pardoned Caspar Weinberger) thus ending the criminal investigation of Flynn.

Until recently, presidents – from Adams to Jefferson to Lincoln to Roosevelt to Kennedy – played active roles in deciding who to investigate and prosecute. In recent years a tradition had developed under which the FBI and the criminal division of the Justice Department were more independent of the White House. But this tradition did not and could not limit the constitutional authority of the president, especially in the absence of explicit legislation. There is no longer an independent prosecutor statute on the books, so the president retains the authority he had before that statute was enacted. It is clear therefore, that Trump acted within his constitutional authority if he directed Comey to end his investigation of Flynn. It follows from this that he certainly acted within his authority if he merely requested or “hoped” that Comey stand down. And he surely acted within his authority when he fired Comey for disobeying his authorized order or for any other reason. Indeed, Comey himself confirmed the above constitutional principles.

I doubt that those who are making this argument would be doing so if the political shoe were on the other foot—if Hillary Clinton had been elected president and the Republicans who were yelling “lock her up” were investigating the Clintons based on equally vague criteria.

With regard to the second question, some have argued that even if Trump acted within his constitutional authority, he may still have been guilty of obstruction of justice if his actions were “corruptly” motivated or intended. They look to these vague and elastic terms as satisfying the mens rea requirement for crime—the mental element. But this is a dangerous argument that would turn the exercise of a president's constitutional authority into a crime based on what was in the president's mind. Do we really want to give a jury the power to probe the president’s motives and intentions in order to convict him based on what he was thinking rather than what he was doing? Do we want the elected president to be subject to prosecution based on a finding that his constitutionally authorized conduct was “corruptly” motivated or intended? No one who cares about civil liberties should be willing to go down that dangerous road. And I doubt that those who are making this argument would be doing so if the political shoe were on the other foot—if Hillary Clinton had been elected president and the Republicans who were yelling “lock her up” were investigating the Clintons based on equally vague criteria.

There is a precedent to look to. And I challenge my critics to distinguish that precedent. The first President Bush pardoned Caspar Weinberger, his Secretary of Defense, and five other individuals who had been indicted or convicted in connection with the Iran-Contra arms deal. The special prosecutor, Lawrence Walsh, was furious, accusing Bush of stifling his ongoing investigation and suggesting that he may have done it to prevent Weinberger or the others from pointing the finger of blame at Bush himself. That was not an obstruction and neither would a pardon of Flynn have been a crime. A president cannot be charged with a crime for properly exercising his constitutional authority. For the same reason President Trump cannot be charged with obstruction for firing Comey, which he had the constitutional authority to do.

The reason that Walsh did not seek to indict or recommend impeachment of Bush is that he understood the obvious constitutional principle that a presidential may not be found guilty of a crime for simply exercising his constitutional power to pardon anyone regardless of his mental state. Obviously if a president accepts a bribe in exchange for a pardon that is a corrupt act, without regard to motive or intent. The same would be true if he destroyed evidence or lied to the FBI. But in the absence of a criminal act, a president cannot be guilty of obstruction of justice for simply exercising his constitutional power to pardon, fire or direct.

I suspect that my critics would better understand and advocate this principle if the political shoe were on the other foot, because it is a salutary and neutral principle consistent with civil liberties and constitutional protections.