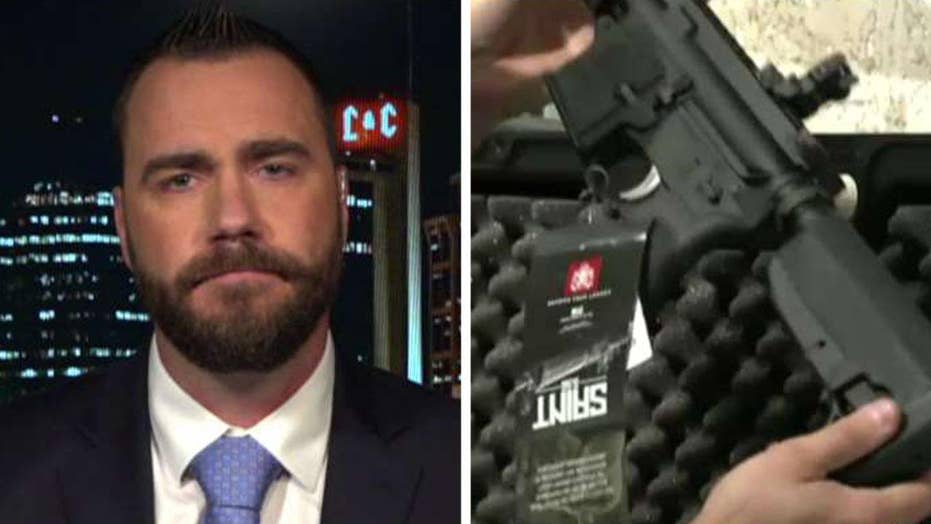 Democrats in the U.S. House are likely to approve spending $50 million in taxpayer funds for public health research on gun violence. While that may sound like a good idea at first glance, it really wouldn’t do anything to reduce gun violence in our country.

I testified Thursday before the House Appropriations Committee’s health subcommittee to inject facts into the discussion of the Democratic bill.

It should go without saying that everyone opposes gun violence. But it’s important to take effective measures to deal with this problem and not simply take actions that sound appealing but won’t really save lives.

The idea behind the $50 million in research funding is to have medical professionals apply tools they developed to study cancer, heart disease and other diseases and use them to study crime, accidental death and suicide. But to state the obvious, gun violence and diseases are two very different things.

The National Rifle Association – regularly demonized in the media and by many Democrats – has been blamed for preventing academics from doing research on firearms. So supporters of the bill that would spend $50 million to research gun violence as a public health issue say their bill is needed to stop the NRA from blocking vital research that will save lives.

But there’s a big problem with the argument: it’s not true.

Opponents of the Second Amendment who are eager to impose as many restrictions as possible on firearms falsely claim that a measure enacted in 1996 called the Dickey Amendment – named after former Rep. Jay Dickey, R-Ark. – barred research on gun violence to be funded by the federal Centers for Disease Control and Prevention.

But in reality, here is what the reviled Dickey Amendment states: “None of the funds made available for injury prevention and control at the Centers for Disease Control and Prevention may be used to *advocate or promote gun control.”* (Italics added).

The point of that plain language is to say CDC-funded research is fine. CDC advocacy is not. So despite what gun-control zealots say, objective research based on facts is allowed under the Dickey Amendment.

Mayors Against Illegal Guns falsely claimed in a 2013 report that as a result of the Dickey Amendment “academic publishing on firearm violence fell by 60% between 1996 and 2010.”

But the mayors' group measured something different: firearms research in medical journals as a percentage of all medical research.

There was no decrease in either the total number of papers or pages devoted to firearms research. But with whole new fields of medicine being developed, there was an explosion of published medical studies in other areas.

In fact, since 2011 firearms research in medical journals has increased more than five-fold, as former New York City Mayor and multi-billionaire Michael Bloomberg has poured untold tens of millions of dollars into the effort.

By the fall of 2013, George Soros’ Open Society Foundation and the equally left-wing Joyce and MacArthur Foundations had amassed $16 million for the Fund for a Safer Future.

In 2013, President Obama met with 23 large foundations to fund research that would support a national push for gun control.

Additionally, states including California and New Jersey have devoted millions of dollars into the gun control effort. In 2018, the RAND Corp. announced a $20 million fund that the nonprofit research organization wants to grow to $50 million.

The federal government has also generously funded firearms research, spending over $43 million between 2015 and 2018. In 2016 and 2017, the National Institute of Justice gave a total of $1.3 million to just one group headed by Boston University gun control advocate Michael Siegel.

I have been an academic for most of my life and can’t fathom how one could legitimately spend that much money on the small studies that came out of the grants. But no one seems to worry whether this federal research money – money taken from pockets of American taxpayers – is being wasted.

Academics David Stark and Nigam Shah stated in a widely referenced letter to the Journal of the American Medical Association: “Between 2004 and 2015, gun violence research was substantially underfunded and understudied relative to other leading causes of death, based on mortality rates for each cause.”

But this claim assumes that the life-saving benefits of a dollar spent on research is the same across 30 different causes of mortality, from heart disease to shootings.

In reality, no cost-benefit analysis exists on the lifesaving effects of different studies. Doctors who study diseases use very different methodologies than the public health academics who dominate firearms research in medical journals. Controlled, randomized testing of a drug is quite different from studying human social behavior.

Stark and Shah compare federal funding for different types of research, but about 97 percent of all medical journal research on firearms is not federally funded. Most of it is funded by universities. Looking at just federal funding misses that.

While cancer research is only published in medical journals, that is definitely not true of firearms research. Also, cancer research may simply require more funding due to a need for costly laboratory equipment and drugs.

All this gun research money from the government as well as wealthy people such as Bloomberg and foundations is going overwhelmingly to public health researchers who consistently produce very poorly done and misleading studies.

These researchers cherry pick research to focus on particular states in particular years. If 20 states have passed a law, why look at just one? Obviously, to find the result that best supports the preconceived advocacy agenda of researchers.

For example, it doesn’t make sense to claim that a Connecticut gun licensing law caused a 40 percent drop in the state’s homicide rate when homicide rates fell nationally by 32 percent. If the period of study had been one year longer or one year shorter, the national drop would have been much larger.

In another example, studies try to scare Americans into not owning guns in the home because of claimed risks to children. To exaggerate the risks that households with guns face, researchers lump in gang fights involving “children” who are 18 and 19 years of age.

But in their focus to control guns, they are missing what causes the violence. Over 50 percent of murders occur in just two percent of the counties and even in those counties, it is mainly in very small areas of about 10 blocks.

The problem causing a great deal of violence is drug gangs. If you are going to solve the problem you have to reduce the profits those gangs get from selling drugs.

Unfortunately, politicians and their appointees just can’t keep politics out of their decisions about how to spend the money they collect from the American people. That’s too bad, because people’s safety is what is shortchanged.