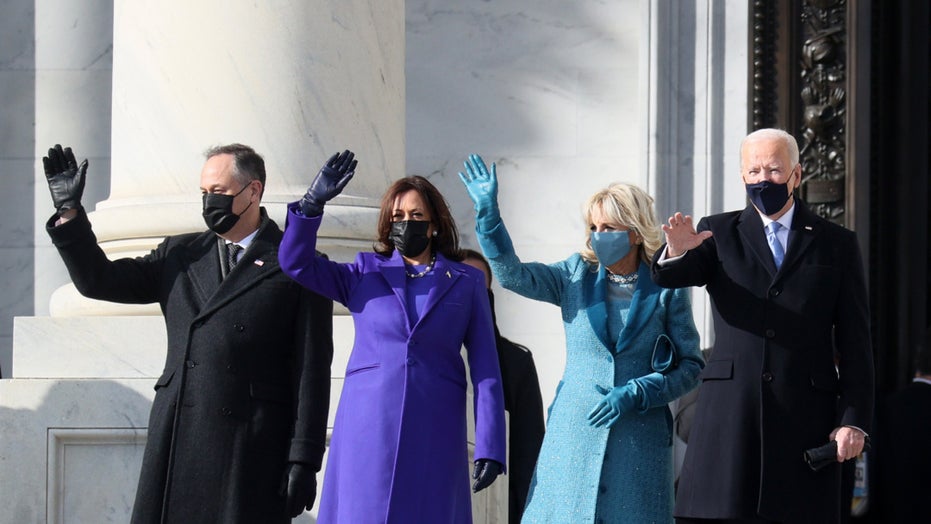 If you believe the headlines from CNN: "Rising prices and empty store shelves spell danger for Biden and Democrats." Or from Politico: "Biden tries, stumbles, selling his domestic agenda into existence." Or from The Hill: "Troubles pile up for Biden" (so much for the liberal media).

Or if you believe the GOP’s message of doom and gloom for the Democrat party, you might expect many of us on the left to be looking for a bridge to jump off of any day now.

LESLIE MARSHALL: BIDEN's BUILD BACK BETTER PLAN IS GOOD FOR YOU. LET ME LIST THE WAYS

But I’m not only a Democrat, I’m also a realist. And I believe in facts, more than I do in headlines. Here’s why I think Democrats have a brighter future than Republicans believe they do:

The president’s approval rating is in the 40’s and if history plays out, that would translate to dozens of Democrats losing their seats in the House in the midterm elections next November. After all, Republicans only need to net five seats to take back the House; one in the Senate.

But in election terms, the midterms are a lifetime away. And once you have hit rock bottom, there’s only one way to go, and that’s up. And if recent polls are to be believed, Biden’s approval ratings are starting to move in the right direction.   Many polls, including our own Fox News poll, show him up from 44 percent to 47 percent since the middle of November.

Although we are currently seeing (and will most likely see for weeks or months to come), an up tick in Covid cases due to the latest Omicron variant, we are also seeing this latest mutation does not lead to a high number of deaths and hospitalizations.

Currently, 72 percent of Americans received at least one shot of a Covid vaccine. By this time next year even more people will be fully vaccinated or will have had a booster shot. As time moves forward, so will we with Covid and it’s variants being a part of our daily lives. That will mean less or loosening of restrictions and mandates and a move toward life more normal as we knew it prior to this pandemic.

Shipping containers are seen at the container terminal of the port of Oakland, California, on Oct. 28, 2021. (REUTERS/Carlos Barria)

I always say that it’s not the reality of what is happening economically or socially in our nation, it’s America’s or the voter’s perception of that reality. The perception (via the polls) shows a lack of confidence, or more so blame, toward this administration for things they aren’t happy with.

But when American’s start feeling the results from Democratic legislation that’s been passed or will soon be passed, their lives will change and so will their attitudes. With the Infrastructure Bill, Americans will see noticeable changes in roads, bridges, and broadband. Once the Build Back Better plan passes, and I believe it will, despite Sen. Joe Manchin's declaration on Sunday that he would vote against the bill as written, they will feel relief with more access to and lower prices for child care, prescription drug prices and family leave.

President Joe Biden walks to Marine One on the South Lawn of the White House Dec. 17, 2021.  ( Drew Angerer/Getty Images)

Inflation is real. It’s here to stay, but not forever. You might not like (or believe) the word "transitory;" well, how about the word temporary? The Federal Reserve is already taking aggressive measures to combat inflation. Wall Street must like it because stocks rallied and rose this week. They plan to phase out their large scale bond buying program faster than initially planned. Ending the bond purchases earlier would pave the way for them to raise interest rates next year which will help to combat this inflation.

A street sign for Wall Street is seen outside the New York Stock Exchange, on Nov. 5, 2020. (AP Photo/Mark Lennihan)

How about some headlines you aren’t hearing because they’re being overshadowed by the message of gloom and doom from the Republicans and the so-called liberal media?

The above statements are all true, and are all accomplishments of this administration and a majority Democrat House and Senate. Once Americans see and feel the effects of what Democrats fought long and hard for, you’ll see the polls change and who they cast their votes for.