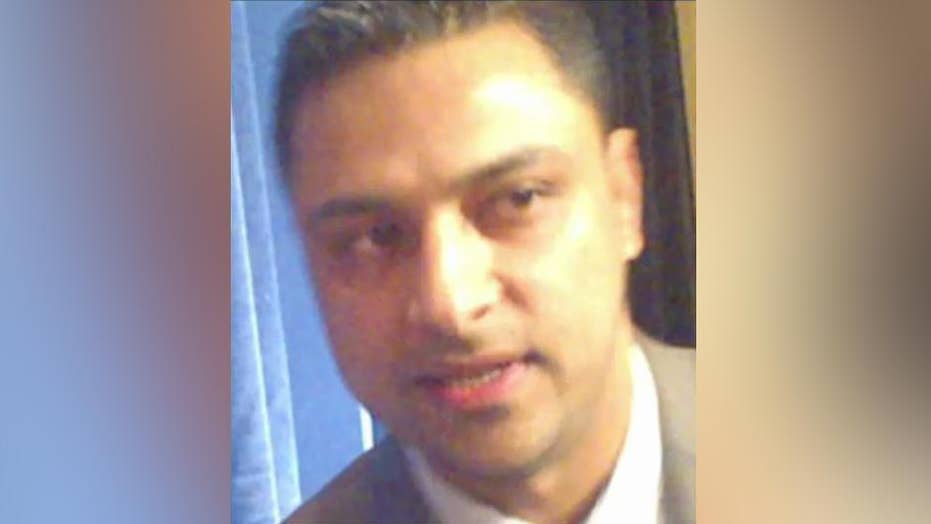 Bizarre case of former IT aide to leading Democrat Debbie Wasserman Schultz takes another odd turn as reports suggest Imran Awan and his wife may be ready to take a plea deal; reaction on 'The Story.'

The curious case of Imran Awan, which sounds like an international spy thriller, is entering its third act. Awan was a congressional IT aide to Rep. Debbie Wasserman Schultz, D-Fla., and he was finally fired just after he was arrested trying to fly to Pakistan last summer.

Awan and his wife, Hina Alvi, were charged last summer with bank fraud. They now appear poised to strike a plea deal with the Department of Justice. A plea agreement hearing is set for July 3 before U.S. District Judge Tanya S. Chutkan in Washington, Fox News reported Wednesday.

As I’ve dug deep into this case for my book  “Spies in Congress” (out later this year), sources have made it clear that the bank fraud charges in this case, though very real, are just a way to hold the defendants.

Alleged theft of congressional equipment, massive data breaches of Congress members’ emails, likely espionage and more are all wrapped up in this case that involves data from 40 or more Democratic members of Congress.

Sources tell me that the FBI’s Joint Terrorism Task Force has been looking into this matter since well before Awan and his crew of Pakistani congressional IT aides were booted off the House computer network in February 2017.

Sources also say that investigators were particularly interested in whether anyone else in the congressional offices that all of these IT aides worked for was involved in alleged improper activity. This might include Rep. Wasserman Schultz, who was the Democratic National Committee (DNC) chair when she employed Awan. It might also include former Rep. Xavier Becerra, D-Calif., who employed Awan when Becerra was chairman of the House Democratic Caucus. Becerra is now California attorney general.

“The House Office of Inspector General tracked the Awans network usage and found that a massive amount of data was flowing from the (congressional) networks,” said Rep. Scott Perry, R-Pa. “Over 5,700 logins by the five Awan associates were discovered on a single server within the House, the server of the Democratic Caucus Chairman, then Rep. Xavier Becerra of California. Up to 40 or more members of Congress had all of their data moved out their office servers and onto the Becerra server without their knowledge or consent.”

Becerra left Congress in January 2017. Before he left, Capitol Police wanted a copy of the caucus server’s contents.

Becerra presumably told Imran Awan that Capitol Police wanted a copy of the server. What is known is that Awan did produce a copy of a server’s data for Capitol Police; however, after taking a look at the data they were provided, Capitol Police determined they were given a copy of data from some other server instead.

“Capitol Police found that the image (the copy of the server contents) they were supplied was false,” said Rep. Perry, quoting a report from the House Office of Inspector General.

So the Awans had access to – in fact, were copying – all the emails, personal schedules and other data from the Democrats they worked for to this server and, according to other reports, a Dropbox account.

Imran Awan was also going back to Pakistan for long stays and, in fact, at times worked remotely from Pakistan. This is where the case leads to possible espionage.

Meanwhile, court hearings on the alleged bank fraud Imran Awan and Hina Alvi have been charged with have been delayed again and again. The last hearing took place in October 2017.

The delays came as Department of Justice prosecutors and defense attorneys have been fighting it out over a laptop found in a cubbyhole (what was once a phone booth) in congressional office building that has the username “REPDWS” (a computer used by Imran Awan that is the property of Rep. Wasserman Schultz’s office).

What’s on this computer we can only surmise, but it is clear that Wasserman Schultz wants the evidence kept out of court. She even publicly threatened the chief of the Capitol Police with “consequences” if the laptop wasn’t returned.

Meanwhile, a House Office of Inspector General investigation determined that Awan and his crew (none of whom underwent background checks to gain the IT positions they held in Congress) committed numerous violations of House security policies.

There is a lot more to come from this explosive case. Before this plea agreement hearing was set the biggest worry was that the government’s odd failure to prosecute Awan for alleged thefts of government equipment (some of which were found in a garage of one of Awan’s rental properties) and the many alleged national security violations pointed to a political cover-up.

Now it appears the plot is set for a riveting climax.