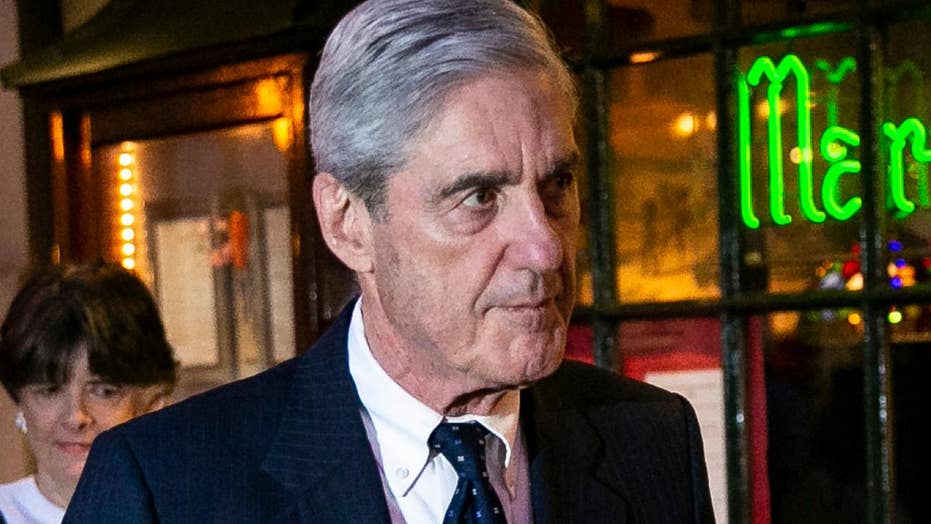 Demands by Democrats that Special Counsel Robert Mueller testify before Congress about his report on Russian interference in the 2016 U.S. presidential election show a complete lack of respect for the rule of law and the constitutional provisions of the separation of powers.

With their single-minded objective of attacking President Trump, congressional Democrats are sending a dangerous message to the American people.

It is wrong for Democrats to demand that Mueller testify and it would be wrong for Mueller to do so.

A. SCOTT BOLDEN: THE CASE FOR IMPEACHMENT AGAINST TRUMP AND BARR

When Mueller accepted his appointment as special counsel, he did so fully aware of the federal regulations governing his office. The regulations make it absolutely clear that the special counsel is prohibited from discussing his report publicly.

In 1978, Congress passed the Ethics in Government Act. It created a process for appointing special prosecutors.  This is a different position from special counsels like Mueller.

The current regulations expressly provide that it is for the attorney general alone to determine what, if any, information to release publicly.

In 1999, the special counsel regulations under which Mueller was appointed became law and remain in effect today. These regulations were written and heavily promoted by President Bill Clinton’s administration. They changed the 1978 law in several important ways.

Under the current regulations, the special counsel does not report to Congress. Congress cannot require the appointment or removal of a special counsel. These powers and duties lie exclusively with the attorney general.

Section 600.9 of the special counsel regulations backed by the Clinton administration places very limited requirements on the attorney general in regard to what he needs to provide to Congress, and he has already exceeded these requirements.

The current regulations expressly provide that it is for the attorney general alone to determine what, if any, information to release publicly. The special counsel and his staff are expressly constrained from public comment on their report, as with any criminal investigation.

These regulations are the law. There is no exception in the law for the special counsel to comment to further the political agenda of a member of Congress.

Each of us might love the opportunity to question Mueller about his report – but our interest in doing so, even if genuinely motivated, does not supersede the law. This process was never intended to be a free-for-all.

Consider the specter of Mueller being asked questions on subjects that the attorney general – based on the authority Congress gave exclusively to him – has concluded should not be publicly disclosed because of legitimate concerns specified under the regulations.

Or what if Mueller has been shaken by the criticism his report has garnered among many Democrats and he seeks to redeem himself or the members of his team who have longstanding Democratic ties?

In that case, Mueller would have a conflict between his own perceived self-interest and the legitimate privacy concerns of the regulations under which he operated.

The fact is that Mueller’s report speaks for Mueller and his team after costing us millions of dollars and after an investigation lasting almost two years.

The special counsel process, ill-conceived from the start, is over and Congress has the Mueller report to pore over. Mueller and his views regarding the subject of his investigation are both factually and legally irrelevant now.

It is a disgrace that any member of Congress would choose to ignore the law, mislead the public, and put Mueller in a position of being required to testify. The onus should not be placed on either the president or the attorney general in this matter. They need only point to the law. Mueller must insist that Congress follow the law as well.

The larger question here is: What on Earth has happened to the Democratic Party? It was once home to true American heroes and some of the most significant substantive public policies our country ever has known.

I was extraordinarily proud to be a trial lawyer for the Democratic Party in a case several years ago, but that party no longer exists. Its agenda now is limited to attacking President Trump, rather than working constructively to make the country and the world a better and safer place.

Democratic leadership has been paralyzed by the party’s so-called progressive wing, empowering the unabashed anti-Semitism espoused regularly, unmistakably and unapologetically by some of its prominent freshmen members.

Yesterday’s Democratic Party, maligned by these freshmen, had much to offer on the important issues of the day. But if it remains on its current track, the Democratic Party will be little more than an ancient relic, representing narrow interests and a philosophy that cuts against our most treasured, inclusive American values and beliefs.