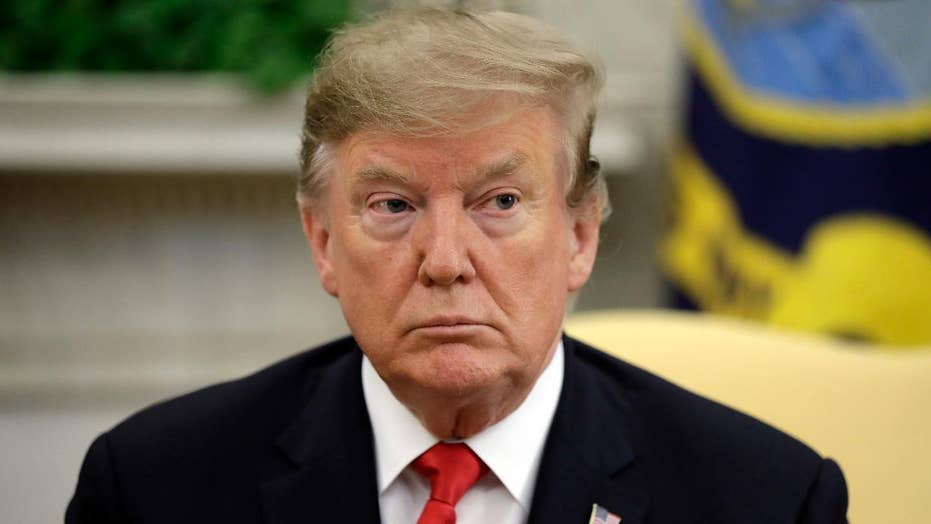 For decades, presidents along with scores of Members of Congress from both political parties have been in agreement that our nation’s immigration system is broken and that a crisis is brewing at our southern border. During his historic 2016 campaign for the presidency, Donald J. Trump, the ultimate political outsider, made border security and building a beautiful border wall the signature issue of his candidacy.

President Trump appealed to hardworking American citizen-taxpayers from coast to coast who were elated that there was finally a candidate with the courage to confront the failed status quo by stopping illegal immigration and reforming the ridiculous chain migration and visa lottery systems.

During the first two years of his presidency, President Trump has never wavered on his commitment to secure our porous southern border. Much to the dismay of the D.C. swamp creatures, he’s determined to make good on his promise to solve the existential threat at the U.S.-Mexico border.

Ever since President Trump was inaugurated, the Democrats' position on illegal immigration has moved further and further to the left and is now completely out of touch with the average American. Trump Derangement Syndrome has caused radical Democratic presidential candidates to embrace abolishing U.S. Immigration and Customs Enforcement (ICE), tearing down existing border walls, and decriminalizing illegal border crossings. 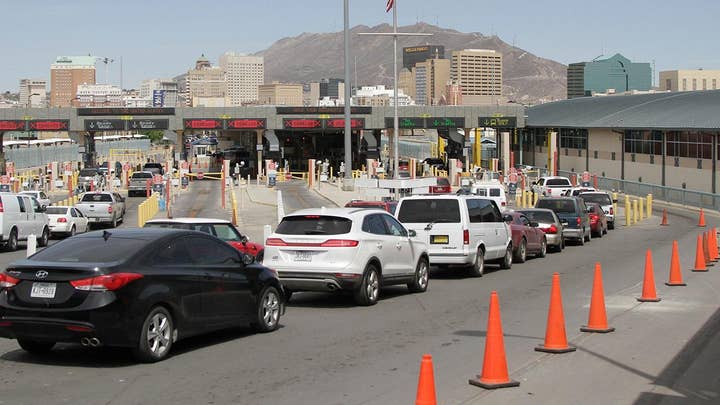 From day one, our president has tried everything in his power to secure our border. He’s even tried to compromise with obstructionist Democrats in Congress by offering a genuine compromise to resolve the DACA issue in exchange for border wall funding but to no avail. He allowed a partial government shutdown to try to spur congressional action to stop the drugs, crime, and human trafficking that has spiraled out of control on the border, but sadly, liberals on Capitol Hill took a pass. They hate President Trump more than they want to keep our country safe and secure.

Then, in the face of the “do nothing” Democrat-controlled U.S. House, the president was forced to declare a national emergency at the border in order to scrape together the necessary resources he could under the law to construct more of the much-needed wall. President Trump’s efforts to fix this ongoing national disgrace have been nothing short of herculean.

Recently the dire situation at our border has gone from bad to worse. Last week, there were a stunning 4,117 apprehensions and encounters at the border in a single day – the most recorded in over 10 years, according to U.S. Custom and Border Protection (CBP). Alarming numbers such as this have even caused senior officials from the Obama administration to speak out. Former Department of Homeland Security Secretary Jeh Johnson said, “I know that 1,000 overwhelm the system. I cannot begin to imagine what 4,000 a day looks like, so we are truly in a crisis.”

President Obama’s former Border Patrol chief Mark Morgan penned a thought-provoking op-ed to shine a light on the emergency on the border. Morgan wrote, “Currently, 60-65 percent of those illegally entering today are families or minors. We know, because of our broken immigration laws and system, that they will be released into the interior of the U.S. Therefore, as the apprehensions reach one million this year, the unconscionable result will be the release of 650,000 immigrants into the U.S. That is more than the entire population of Wyoming.”

The specter of adding the population of a state in illegal immigrants in one year has caused people like Brandon Judd, president of the National Border Patrol Council, to state plainly that the situation unfolding at our border “is an invasion.” Former acting ICE Director Tom Hohman said our out of control border is “the number one issue facing the country,” and CBP Commissioner Kevin McAleenan said we’ve hit a “breaking point.”

Border professionals from across the board are speaking out, regardless of party affiliation. They understand that the situation on our border is too important to politicize.  President Trump is listening, and Democrats in Congress must do the same. How many more tragic headlines like “Undocumented immigrant accused of killing San Jose woman has long criminal history” and “Child rapist in U.S. illegally faces new charge in Kansas” that we’ve seen in recent weeks must we as a nation endure? As these tragedies continue, blood is on the hands of Democrat politicians in Congress who would rather deny President Trump a policy win than work toward a common sense solution for the American people.

If President Trump decides to close our southern border in order to secure our nation, he’ll have the backing of tens of millions of reasonable Americans who share his frustration with the broken status quo in D.C. that has become a national embarrassment.