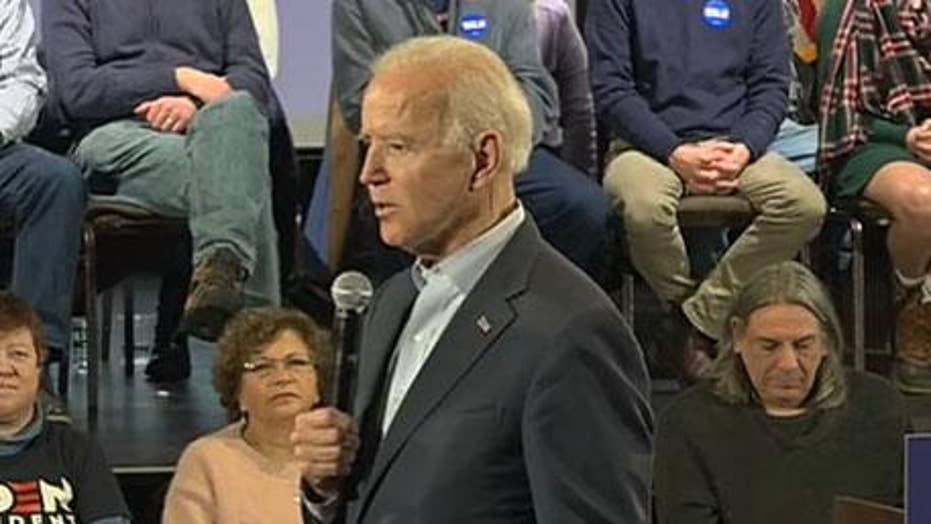 On his hit reality TV show “The Apprentice,” Donald Trump became famous for saying “You’re fired!” In real life, former Vice President Joe Biden wants to defeat Trump in the November election by giving the same unwelcome message to tens of thousands of American coal miners – and some of the several hundred thousand other Americans whose jobs are dependent on the coal industry.

Biden’s recent cavalier comment calling for an end to coal mining – and similar comments by the other Democratic presidential candidates – are reminiscent of a comment by Hillary Clinton in March 2016, when she said: “We’re going to put a lot of coal miners and coal companies out of business.” Instead, voters put Clinton’s presidential hopes out of business, contributing to her defeat in the 2016 election by now-President Trump.

There are over 50,000 coal mining jobs in Pennsylvania and Ohio alone – two swing states that Clinton lost to Trump in 2016. Why expect Biden or any other Democrat to change that result with a call to destroy the coal industry?

YANG SWIPES AT BIDEN: 'MAYBE AMERICANS DON'T ALL WANT TO LEARN HOW TO CODE'

History repeats itself, so Biden or whoever else gets the Democratic presidential nomination will likely follow in Clinton’s losing footsteps as a result of their determination to drive the coal industry into extinction and drive all those who make a living from coal into unemployment.

But never fear for the all the jobless coal miners. In calling for their firing, Biden – who characterizes himself as the champion of the working class and middle class – said the unemployed miners should “learn to program” computers instead.

“We have to make sure we explain it to those people who are displaced that their skills are going to be needed for the new opportunities," he continued.

How thoughtful. Kind of like Marie Antoinette, the last queen of France, supposedly responding when told that her hungry subjects had no bread during a famine: “Let them eat cake.” Marie’s career as queen did not end well – she was executed by the guillotine in the French Revolution in 1793.

I look forward to hearing Biden explain to coal miners why it’s in their best interest for him to deprive them of their livelihood and leave them with no income, no health insurance, no way to pay the mortgage or the rent, no way to feed their families, no way to send their kids to college.

Hmm … if Biden thinks learning how to program is such a good idea, he’ll have plenty of time on his hands to take his own advice. Once he loses the Democratic presidential primary or the general election if he is the Democratic nominee, he’ll be able to learn computer programing or any other new career he desires.

But it’s not just coal miners and those who work in related industries who would suffer if the American coal industry was suddenly abolished. Each of you reading these words would suffer.

Currently, almost one-third of the electricity the American people use is produced by coal. Depriving us of that much electric power would inevitably cause shortages, resulting in blackouts and brownouts that would cripple industries and leave ordinary Americans sweating or shivering in their own homes in darkness at times.

And, of course, the drop in U.S. electricity production would inevitably force our country to import more energy and would raise the price of electricity dramatically.

Today abundant coal keeps our utility bills lower than in most countries. Electricity around the U.S. averages 15 cents per kilowatt-hour. Compare that to our allies. Britain pays 27 cents. Germany pays 35 cents.

Do Biden and the other Democratic presidential hopefuls want to triple the electricity bills of the average American family? How popular do you think that will be with voters once they realize this is what the Democrats are calling for?

And the Democrats’ attack on coal is just one part of their war on fossil fuels. They demonize natural gas and oil as well. And many are also hostile to nuclear power.

Perhaps someday in the far-off future we’ll be able to get all the power we need from the sun, the wind and waves. But that’s a long way away – and certainly won’t take place in the term of whoever is elected president in November.

And it’s not just campaign stops. Candidate Trump promised to bring back jobs. Clinton eventually referred to her comment about destroying coal companies and the jobs of their workers as her “biggest regret” of the campaign. Energy workers can only wonder: does she regret saying it or meaning it?

“Ex abundantia cordis os loquitor” (Matthew 12:34). The mouth speaks of what the heart is full. And when it comes to energy workers, their jobs, their dignity and the respect they deserve, Hillary Clinton’s and Joe Biden’s hearts are full of … malarkey.

In key energy states, energy workers rejected Hillary Clinton. Joe Biden and the other Democratic candidates this year don’t stand a better chance. Rejected, belittled, dismissed … energy workers and their families are listening. And soon enough they will be voting. No one should be surprised for whom.