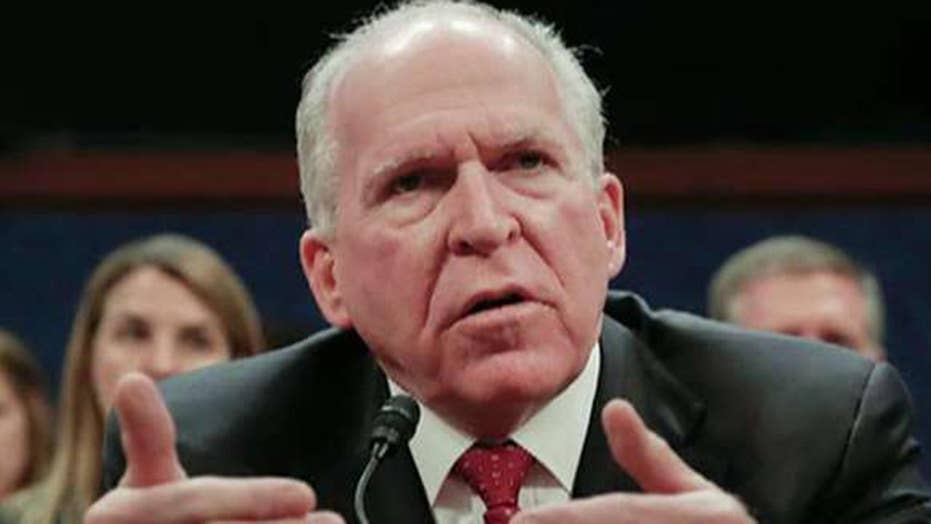 Former CIA officer John Kiriakou reacts to the ex-CIA director's remarks about Trump prior to the release of the Mueller report.

Last week, former CIA Director John Brennan admitted his repeated claims that President Trump criminally conspired with Russia might have been based on “bad information.” Brennan deserves credit for admitting his intelligence failure.

But Brennan should be held accountable for the cost of his horrifically poor analysis. Brennan had a long career in the intelligence community and served as director of the CIA in the Obama administration. He should have known better. Rather than blame the alleged “bad information,” Brennan would do better to accept responsibility for his actions and publicly review the lessons learned from his partisan attacks, including his speculation, which was proven false, that Special Counsel Robert Mueller would announce further indictments, including of Trump’s family members.

The CIA’s Directorate of Operations (DO), where I served, recruits spies and steals secrets. The DO produces human intelligence (HUMINT), which is the foundation for the CIA’s all-source analysis, on which the president relies to make foreign policy.

Brennan was never comfortable with HUMINT. He vigorously avoided the term “espionage” and in November 2015 told NPR, “we don’t steal secrets. We uncover. We discover. We reveal. We obtain. We solicit – all of that.”

The CIA actually does steal secrets. CIA analysts are trained carefully to examine raw intelligence, assess its veracity, and make judgments with low, medium, or high levels of confidence. Brennan applied no such rigorous standard to his own analysis of the Russia investigation.

The biblical quotation John 8:32 is fixed in stone at the CIA’s Headquarters: “And Ye Shall Know the Truth and the Truth Shall Make You Free.”

Beyond failing to back up his claims with facts, Brennan committed a cardinal sin by failing to challenge his assumptions. Reflecting his own political bias, Brennan instead indulged in wishful speculation.

In March 2018, Brennan asserted during an appearance on MSNBC that Trump was “afraid of the president of Russia and that one can speculate as to why.” Without providing any supporting facts, Brennan claimed: “the Russians may have something on (Trump) personally, that they could always roll out and make his life more difficult.”

Brennan damaged his own credibility but more importantly, the arguments of those who believed him. Brennan played a consequential part in transforming the public discourse about Russian interference in our election into a partisan debate, which has made it more difficult for Republicans and Democrats to train their sights away from each other and onto our enemy, Russia.

The bitter irony is that by doing so, Brennan ultimately served the aims of KGB operative in the Kremlin, Vladimir Putin. It was as if Putin injected our politics with a virus, for which Brennan was a carrier.

Mueller indicted 26 Russian nationals and three Russian companies. We are under siege from the Kremlin’s attacks on our social media and networking sites.

Under Putin, Russia launched a massive cyber attack against Estonia in 2007, invaded Georgia in 2008 and Ukraine in 2014, illegally annexed Crimea, mounted influence operations against European elections, and tried to kill Sergey Skripal with a Soviet nerve agent. Putin regained Russia’s status in the Middle East with aggressive military operations in Syria, in alliance with Iran. With military and economic support to the corrupt Maduro regime, Russia is doing its best to quash a democratic movement in Venezuela.

We desperately need a bipartisan consensus to defend, deter, and counter Russia’s pernicious attacks on us, and our allies.

Brennan’s speculation about Trump risked U.S. security relationships with foreign governments, with which we partner in national security matters. And those spies stealing secrets behind enemy lines might have questioned whether they wanted to risk their lives on our behalf.

If Brennan’s motives had been pure, then he would have trusted the process and expressed his concerns privately to Mueller without risking collateral damage to our national security and political process.

To those who too eagerly believed Brennan, beware a cautionary tale. Professional intelligence officers do not allow political bias to cloud and influence their analytical judgments.