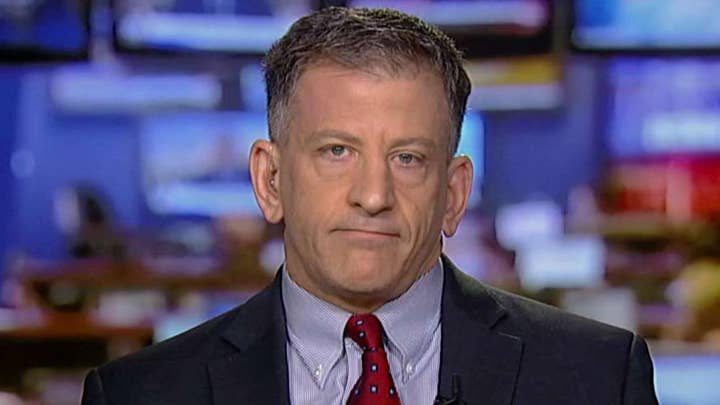 I returned home from having served almost two years as the CIA chief of station in a South Asian conflict zone in June 2016, just before Father’s Day. Having missed too many birthdays and holidays over the years, I felt blessed to celebrate Father’s Day both as a father and a son.

I had not been present for most of my 3-year-old son’s life. For him it was now “mommy’s house, mommy’s car, mommy’s other car.” He had no concept of what I was doing overseas, only that I was not home where I belonged. For weeks after my return he would ask only for his mother to snuggle him in bed before he went to sleep.

My 6-year-old son had finished preschool and kindergarten. Music now captivated him.  I understood how Tom Hanks’ character in “Cast Away” must have felt when he returned home after years stranded on a deserted island following a plane crash.

MOTHER'S DAY SHOULD BE THE BIGGEST DAY OF THE YEAR

Life had carried on in my absence. I had missed my kids growing up and sharing everything with my wife. I had to catch up as best I could on their lives, which were – at least in my eyes – so rapidly transformed.

My wife had been home without a husband. She had the sacred duty of raising our sons. No sick days, no breaks. No support from me. We both agreed this was not why we were married.

After I became comfortable with the new routine, my wife took a well-deserved vacation home to see her friends and family. She also knew her brief absence would turbocharge the bonding I needed with our sons.

There is no better gift to family members than when a loved one returns home safely. The disruption and sadness that my absence caused was ephemeral. Eventually, our family unit grew whole again.

But that was the last Father’s Day I would celebrate with my father, who passed away the following April. At his funeral I thought of the time I had spent away from him and the rest of my family over the years.

While serving overseas in war zones, my colleagues and I would talk about how nothing was worth being separated from those whom we love the most. But our mission to detect and pre-empt threats to our national security before they were visited on our shores was as close as we could possibly find to a justification for being apart from them.

When I served as chief of the CIA’s Middle East Department, junior colleagues would sometimes ask what kept me up at night. They were probably expecting me to answer nuclear proliferation or terrorism.

But paraphrasing then-Secretary of Defense Robert Gates, I would always answer by saying “you do.”

Every morning on the way into work at CIA headquarters I would greet the security officer and look over at the stars on the wall commemorating our fallen heroes. In the evening I would do the same thing.

There was never anything that weighed more heavily on us than the safety of our officers on the front lines, serving in harm’s way.

We honor our fallen colleagues by carrying on with the mission.

On that day in June when I returned from South Asia, I thought of the grief-stricken families of our brave patriots who had given their lives in service to a grateful nation.

On Memorial Day we honor our fallen heroes. It is fitting that the bookend holidays for Memorial Day are Mother’s Day and Father’s Day. It is during this period of about a month when we remember and celebrate what binds our families together, including all too often their sacrifices.