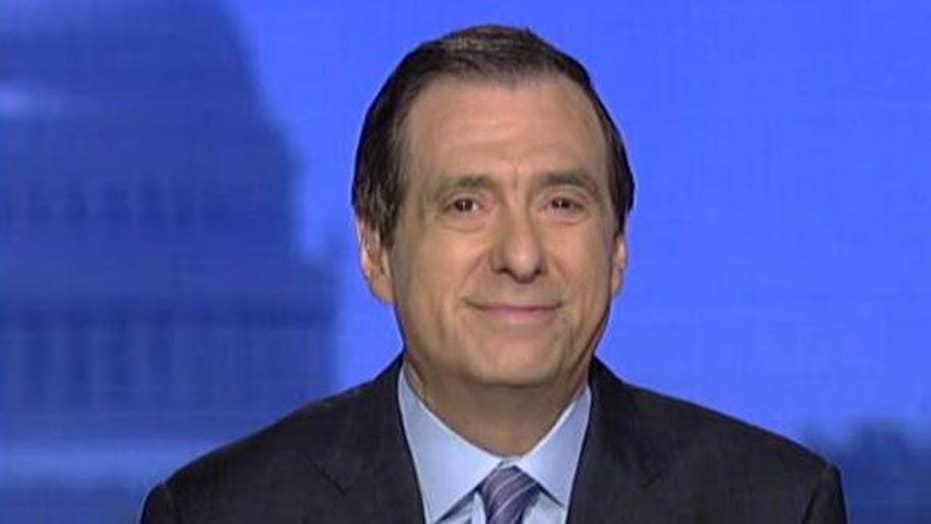 The Trump-hating media can’t come to terms with the final stage – acceptance of their grief. And that will elude them even if President Trump is reelected and stays in the White House until 2025.

Journalists wrote and broadcast countless stories saying Hillary Clinton would defeat Trump in the 2016 presidential election. Many have never been able to accept Trump’s victory. They were counting on Mueller to overturn the election results by giving Congress clear and convincing evidence that would lead to Trump’s impeachment and removal from office.

On Wednesday, those hopes were dashed. Even though many in the media can’t stand Trump, their reaction to Mueller’s testimony was somewhere between downbeat and outright mockery.

MSNBC analyst Jeremy Bash described Mueller as “boring,” “sort of evasive” and “lost at times.” Hardly a star witness to wish upon.

Even though many in the media can’t stand Trump, their reaction to Mueller’s testimony was somewhere between downbeat and outright mockery.

CNN’s “Reliable Sources” newsletter had a major meltdown, with media reporter Brian Stelter asking, “Why is there not more outrage?” He began the newsletter with Pinocchio images and complained that “advocating for facts gets you labeled ‘fake news.’”

Trump got the last laugh, posting a video Friday of several media reactions calling the hearings a “disaster” and generally admitting the hearings had been a failure for Democrats.

Here are the seven most embarrassing media moments marking that disaster:

It’s easy to forget how much hype there was for Mueller. “Saturday Night Live” even produced a song that was a “holiday message from the women of SNL.”

The group sang a parody of Mariah Carey’s “All I Want for Christmas Is You,” adding Mueller’s name to kick it off. They sang and danced as a large, framed photo of the special counsel was lowered behind them.

“This needs to be done by Christmas,” the group sang. “I need a fricking ounce of cheer. I just really want my life back. Oh my God, it's been two years.”

One line even asked “please indict his oldest son.” The women begged Mueller to “please come through because the only other option is a coup.”

Some people watched too much “Sesame Street.” USA Today Commentary Editor Jill Lawrence apparently was channeling the show’s “Rhyme Time” when she wrote before the hearings of her fantasy of what Mueller’s testimony would be like.

The anti-Trump media and Democrats were counting on “power of TV” to make their case. As the Columbia Journalism Review’s newsletter summed up: “Mueller wants you to read his report. Democrats want you to see the movie.”

Baker noted that “nor was Mr. Mueller the action star they had cast.” Liberals panned the story on Twitter by the thousands.

To quote another movie, “You can’t handle the truth.”

If Democrats failed to convince the nation with their “TV spectacle,” it must be the fault of … conservative media. “Meet the Press” host Chuck Todd used the hearing as a way of slamming right-wing media for not being left-wing.

Because that’s why, in Todd’s own words, “on optics this was a disaster.” Not that Mueller didn’t seem to know his own report or be able to address why he allowed Trump’s political opponents so much power over what it said. It was the optics that were the problem, Todd concluded.

There’s an old saying that the definition of insanity is doing the same thing over and over again, but expecting different results. The Mueller hearing was a “disaster,” so, naturally, MSNBC wants more.

Hosts Lawrence O’Donnell and Rachel Maddow panned Mueller, but didn’t give up on the idea of House hearings. O’Donnell told his “Last Word” viewers: “Hearing from the Mueller team, as many members of the Mueller team as possible, is really important.”

Maddow stressed that she wanted to “hear from the members of his team who did the work when the details of the work and the decision-making behind it.”

O’Donnell even envisioned the perfect hearing as a tag-team match. “The best version of a hearing is a minimum of four of these staff people … and when the questions asked, they could actually decide which is the best one to answer it.”

“It’s not you, it’s me,” goes the famous defense line from Seinfeld. Multiple media outlets adopted it about Mueller.

The Columbia Journalism Review’s daily newsletter went for it. “Mueller didn’t fail us yesterday,” wrote Editor Jon Allsop. “In a sense, we failed him, by consistently treating him as the infallible voice of God, rather than a real person.”

Washington Post former conservative columnist Jennifer Rubin wrote under the headline: “Mueller didn’t fail. The country did.” She blamed the failure on “a country that won’t read his report and a media obsessed with scoring contests.”

206 Is the Loneliest Number

No media outlet was looking forward to Mueller more than CNN. According to Nexis, the network mentioned Mueller at least 1,195 times this year alone. So when CNN is unhappy with the result? Mega-fail.

That part was obvious when the network quickly followed the Mueller testimony with a tally of its own – how “Mueller deferred or declined to answer questions from members of Congress at least 206 times during his testimony.”

When journalists start tallying how ineffective their champions are, they aren’t happy.