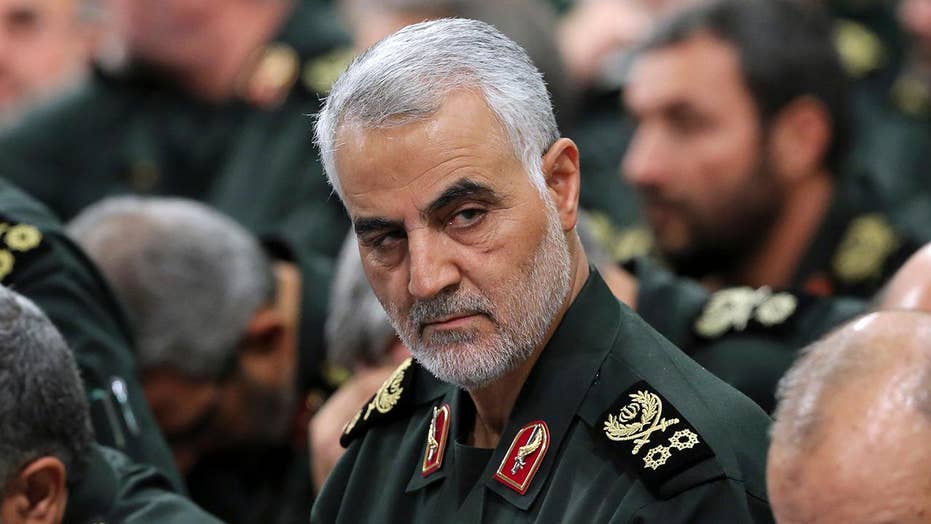 The media’s 2020 vision includes lamenting the death of a terrorist responsible for the deaths of over 600 American troops and thousands of other people, and blaming President Trump for Iran shooting down a Ukrainian civilian jet that resulted in the deaths of all 176 people aboard.

There is no low journalists won’t embrace to defeat Trump in the November presidential election. MSNBC even reported Iran’s entirely false claim about its missile assault on two military bases in Iraq that “30 U.S. soldiers have been killed in this attack.” In reality, there were no American casualties.

The week began with the fallout from killing Iranian terrorist Gen. Qassem Soleimani, but ended with the huge news that Iran admitted to “unintentionally” shooting down the Ukrainian passenger plane.

The attack on the plane had been a particular point of embarrassment for some in the press desperate to blame Trump rather than Iran. The Associated Press posted a story headlined: “An Iranian general dies in U.S. attack, and innocents suffer.” Twitter outrage forced AP to change the headline.

New York Times columnist Max Fisher pointed his finger at Trump for events leading up the plane being shot down by Iran. He wrote how most analysts say the latest conflict began “when President Trump withdrew from the Iran nuclear accord, imposed crushing sanctions on Iran and issued a series of maximalist demands.”

That was a commonplace view on the left and in the media. Democratic presidential candidate and former South Bend, Ind., Mayor Pete Buttigieg was joined by Rep. Jackie Speier D-Calif., in blaming Trump for the deaths.

“Innocent civilians are now dead because they were caught in the middle of an unnecessary and unwanted military tit for tat,” wrote Buttigieg.

And NBC News Correspondent Heidi Przybyla said the deaths were “related to the crossfire.” Not to the fact that Iran fired the missile that downed the plane.

The killing of a known terrorist tied to the deaths of so many Americans brought outrage from the press all week.

Once more, “Death to America” was heard in Iran. Only this time, CNN host Erin Burnett rationalized it. She said when she was in Iran and heard people chanting it, “it felt like a thing and a trope as opposed to anything that actually was seriously meant and considered.”

Her fellow anchor Chris Cuomo linked the killing of Soleimani to Trump’s impeachment, asking: “Did he just make a decision to keep himself alive politically, that put us and our families at mortal risk?”

“Very vintage Trump is to dig up dirt on people, or exchange some sort of favor, and he has them under his thumb to say things that are ridiculous,” Brzezinski said. Then she added: “You have to wonder.

“Hardball” host Chris Matthews found a new thrill for his leg – the use of some form of the word “assassin” in regards to killing Soleimani. He used it 60 times, noting “we are in the assassination business again.”

Well, he certainly was.

While another MSNBC anchor, Katy Tur, wasn’t equally thrilled, she did manage to make the confrontation between nations into race-baiting. She whined how Trump was “flanked by stern white military men” when he gave his White House address.

That same speech was met with massive criticism from NBC’s “Meet the Press” host Chuck Todd. He called it “notable at how ham-handedly the president tried to politicize this by blaming the previous administration.” He also downplayed how Team Obama had sent Iran $1.7 billion in cash to make the nuclear deal happen, in effect funding a terror state.

How do you know it’s “right-wing?” It has “close ties to Iran's powerful hardline Revolutionary Guard force, or IRGC." That’s a terrorist organization, according to our own State Department. (Thanks NPR. Our tax dollars at work!)

World War III trended on social media and journalists raced to cover it like that mattered. Washington Post Editorial Writer Molly Roberts responded as her paper almost always responds, by attacking Trump. “The World War III memes are about how loony our predicament is, thanks in large part to the looniness of our president,” she wrote.