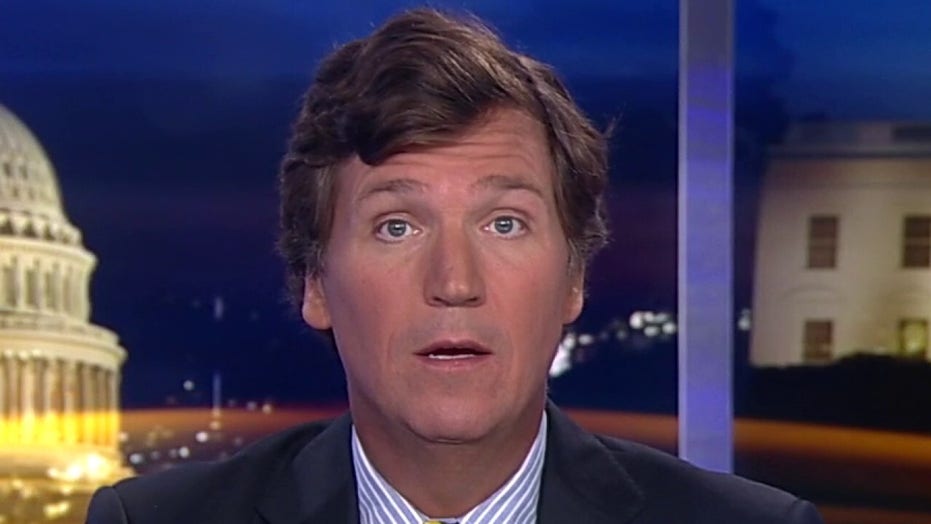 Tucker: The Cultural Revolution has come to America

Every cult has the same goal: the utter submission of its members. Cult members surrender everything. They give up their physical freedom – where they can go, who they can see, how they can dress. But more than that, they give up control of their minds.

Cult leaders determine what their followers are allowed to believe, even in their most private thoughts. In order to do this, cults separate people from all they have known before. They force members to renounce their former lives, their countries and their customs.

They allow no loyalty except to the cult. The first thing they attack – always – is the family. Families are always the main impediment to brainwashing and extremism. If you’re going to control individuals – if you’re going to transform free people into compliant robots – the first thing you must do is separate them from the ones who love them most.

In 1932, Soviet authorities began promoting the story of a 13-year-old peasant boy called Pavlik Morozov. Morozov, they claimed, had taken the supremely virtuous step of denouncing his own father to the secret police for committing counter-revolutionary acts.

Once exposed as a traitor, the boy’s father was executed by firing squad, supposedly for the safety of the state. Soviet dictator Josef Stalin elevated the boy to the status of a national hero for what he did. People wept in the streets when they heard his name. They worshipped him like a saint.

Why are we telling you this? Because it’s happening here. In the last 10 days, some of our most prominent citizens have sworn allegiance to a cult. Converts go by the term “allies.”

Like all cult members, they demand total conformity. They ritually condemn their own nation – its history, its institutions and symbols. It’s flag. They denounce their own parents.

If you’ve been on social media recently, you’ve likely seen videos that illustrate this – such as one showing a girl attacking her mother and father for the crime of insufficient loyalty to Black Lives Matter. Reporter Hanna Lustig of Insider.com wrote about that video, and strongly approved of it.

What you just saw, Lustig wrote, is a young person “modeling the most important tenet of ally-ship.” Modeling. Meaning, something done to encourage others to do the same. It’s working.

In a video of a 15-year-old from Louisville called Isabella – and there are many like her – the girl is shown crying and saying: "I literally hate my family so much." She goes on to say her parents defended the killing of George Floyd by a Minneapolis police officer. And then she calls her parents racists, followed by an obscenity.

“I hate my family so much.” Just a week ago, it would have been hard to imagine that. Now, Isabella is a social media star. Celebrities tweet their approval. She may have her own cult before long. But the revolution is young. Children attacking their parents is just the beginning.

On CNN Friday, a man called Tim Wise told viewers that, going forward, parents must hurt their own children: 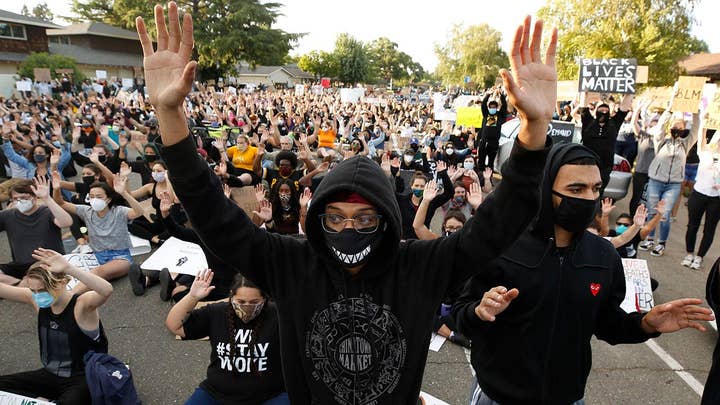 Wise said: “I think that the important thing for white parents to keep in the front of their mind is that if black children in this country are not allowed innocence and childhood without fear of being killed by police or marginalized in some other way, then our children don’t deserve innocence. If Tamir Rice can be shot dead in a public park playing with a toy gun, something white children do all over this country every day without the same fear of being shot, if Tamir Rice can be killed then white children need to be told at least at the same age. If they can’t be innocent, we don’t get to be innocent.”

Your children are no longer allowed to be innocent, says Tim Wise. Happy childhoods are a sign of racism. The man saying this – and being affirmed by CNN anchors as he does – is a self-described “anti-racism activist.” He has been saying things like this for a long time. More than once, Wise has suggested that he approves of violence against those who disagree.

How does Tim Wise make a living? In part, by lecturing students. Your kids may have seen him speak. They’ve almost certainly heard a lot from people like him. In America’s schools, the revolution has been in progress for quite some time.

Last February, to name one among countless examples, officials at schools in Rochester, N.Y., created a Black Lives Matter-themed lesson plan. The teaching materials dismiss America’s bedrock institutions – indeed, America itself – as inherently racist. Suggested questions for students include: “How does mass incarceration function as a mechanism of racialized social control?”

One specific racial group was singled out for exclusive blame. The curriculum promoted a book titled, “White Rage: The Unspoken Truth of our Racial Divide.” In other words, children, there’s a reason hatred and inequality exist: these people did it! That’s what your kids are learning right now.

Thursday, at Darien High School in Connecticut, Principal Ellen Dunn sent an email to parents promising to increase “the race-conscious education of our students.” To do that, Dunn distributed materials from the Southern Poverty Law Center. Ironically, the SPLC is itself a hate group. That has been documented extensively. Now their agenda is the school’s agenda. It’s what your kids are learning.

In Washington, D.C., an elementary school principal in the affluent northwest section of the city recently wrote a letter announcing: “We need more White parents to talk to their kids about race. Especially now.”

The letter singled out “White Staff and White community members,” whom the principal alleged had committed “both macro- and micro-aggressions” against “Staff of Color.” The principal did not specify what those crimes were. She didn’t need to. Their skin color was their crime.

This is a national theme. It’s incredibly destructive and dangerous. Countless public schools are now using the 1619 Project from The New York Times as a curriculum. That project is the work of an out-of-the-closet racial extremist called Nikole Hannah Jones. Jones recently argued it’s not violence to loot and burn stores – its justified. Her propaganda is now mandatory in public schools in Buffalo, Chicago, Newark and Washington.

Many parents understandably deeply resent this. It’s deranged, its racist. Others don’t. They’re “allies.” They’ve joined in. One mother in London, where the cult is also spreading, posted a photo on Twitter of her daughter on blended knee, holding a sign declaring her “privilege.”

The Cultural Revolution has come to the West.

What will the effects of this be? Years from now, how will that little girl with the sign remember her childhood? Her mother took Tim Wise’s advice. She no longer has innocence. Will she be grateful for that?

It’s hard to imagine she will be. She’ll more likely feel bitter and used. Because she has been used. Many will feel that way. Is there a single person who believes this moment we’re living through will end in racial harmony? Is that even a goal anymore? It doesn’t seem like it.

It seems clear that many in power are pushing hard for racial division. For hatred. For violence. Let’s pray they don’t get what they want. Tribal conflict destroys countries faster than any plague.

But keep in mind as this insanity continues that it’s not happening in a vacuum. Every action provokes a reaction – that’s physics. We don’t know where this is going. We don’t want to know. The cult members should stop now – immediately, before more innocents get hurt – and they will, if they don’t.