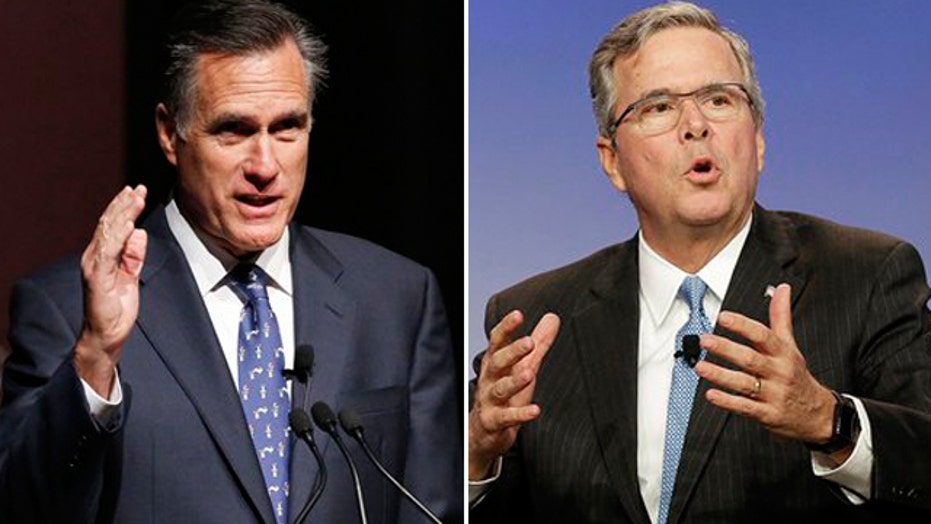 Insight from Larry Sabato, director of the University of Virginia's Center for Politics

1. The American Conservative Union hosts CPAC each year in Washington and gives potential presidential candidates the opportunity to address grassroots conservatives. With a wide open primary, nearly a couple of dozen candidates, and a party that will face a well-organized and well-funded Democrat in 2016, how important is CPAC to the 2016 hopefuls?

The American Conservative Union has an important role to play as the Republican presidential nominating process begins at CPAC 2015. Nearly every top-tier candidate will appear and speak at the event. Our goal is to continue the tradition of bringing together the leaders of the conservative movement with activists from around the country. We want to have a meaningful discussion about conservative policy solutions while getting the first major look at those who would seek to lead conservatives and Republicans. 2015 is the critical year, due in large part to the fact that conservatives will play the largest role in picking the next GOP nominee in key states. The field is large, interesting, and filled with strong candidates. I believe the most important role of ACU is to encourage a lively debate and primary process while at the same time reminding activists that the goal is to defeat the Democratic candidate. We want a conservative standard bearer, balanced with the absolute necessity to win. A Democratic win that would mirror a third Obama term would be a catastrophe for the federal judiciary, American energy production, the regulatory state and with the reemergence of the threat from radical Islam. The conservative movement needs to be ready for its close-up because the stakes are high.

2. Who do you think will get a rock star reception at CPAC this year — and can anyone go in as an underdog and emerge as the top dog?

A Democratic win that would mirror a third Obama term would be a catastrophe for the federal judiciary, American energy production, the regulatory state and with the reemergence of the threat from radical Islam. The conservative movement needs to be ready for its close-up because the stakes are high.

Playing the expectations game: there will be winners and losers coming out of CPAC, especially since the CPAC Straw Poll will provide an instantaneous read on where the potential GOP candidates stand among the activists.  Former Florida Governor Jeb Bush wants to make his case and is willing to have a conversation with his critics.  U.S. Senators Ted Cruz, Rand Paul and Marco Rubio are all favorites with the crowd and Paul is always in a strong position to win the straw poll as his organization understands the importance of packing the room with libertarian-minded college students. Former U.S. Senator Rick Santorum has come to CPAC for 20 years and has a dedicated following after winning Iowa and ten other primary states in 2012. Former Texas Governor Rick Perry and current Louisiana Governor Bobby Jindal are strong contenders with a stalwart conservative message outside of the beltway.

A Democratic win that would mirror a third Obama term would be a catastrophe for the federal judiciary, American energy production, the regulatory state and with the reemergence of the threat from radical Islam. The conservative movement needs to be ready for its close-up because the stakes are high.

Finally, Wisconsin Governor Scott Walker is enjoying a lot of early buzz in the press and has momentum after taking everything the liberals could throw at him while serving as a legitimate conservative in a blue state.  Former CEO Carly Fiorina and former U.S. Ambassador John Bolton are on the ACU board, and Ms. Fiorina chairs the Foundation board.  Fiorina is an unconventional candidate who can electrify a crowd and certainly has advantages in taking jabs at former Secretary Hillary Clinton. Bolton is a conservative institution and comes into our homes on Fox News each day explaining the horrors of President Obama’s foreign policy.

Senator Rand Paul has the inside track on the Straw Poll, and he knows the value of a robust conservative organization, which he has inherited from his father’s long career. The best organization, coupled with a strong appearance, could propel any candidate into first place.

4. You’re the new chairman of the American Conservative Union, an organization that was founded in 1964. What does the modern day ACU look like?

ACU has a great political history and since its founding 50 years ago we have seen the rise of many new conservative voices. I think our future will be even more impactful than our past if we focus on playing a key role in developing realistic conservative solutions for the deep problems facing our country.  The left is deceiving the American people, and we will add our voices to those holding them accountable.  Our more enduring accomplishment is to educate, persuade and develop solutions. I’m a conservative because I think our philosophy provides real answers to people facing challenges. It is not simply about being right; it is about improving the general state of our nation.

5. What issues will fire up conservative voters and get them to the polls in 2016?

2016 will be a watershed election in many ways. President Obama has governed in a way we have not seen in our lifetime. He refuses to work with the other party; he fails to forge legislative relationships even within his own party and rules as an imperial president, forgetting the strict limits of his power that are outlined in the Constitution. The president seems to be indifferent to democratic losses in off-year elections. When I reflect on my service under President George W. Bush, the machinations of this White House are incomprehensible. President Ronald Reagan worked with Democrats on tax reform, Social Security reform and human rights. Presidents Richard Nixon and Gerald Ford worked so aggressively with Democrats that—regrettably—they often governed more in line with them than their own party.  President Obama is unique: he is consistently left, consistently going at it alone, and consistently living the presidency as he chooses.

6. How does the ACU make sure the principles it stands for relate to voters of all ages, from Baby Boomers to Generation X to Millennials?

CPAC will have a large sampling of young conservatives.  There is a myth that the conservative movement is full of “retired golfers,” but in fact we are a diverse group of Americans who are anxious about the state of the national political environment and want real change and bold conservative leadership in Washington. Look for CPAC to capture that spirit and make real attempts to appeal to non-traditional supporters in the hall and those watching on television or on social media. Americans will be open to the conservative message in a way we haven’t seen since 1980.

7.  As the father of five daughters, how do you feel when conservatives are accused of waging a so-called “War on Women”?

My wife, Mercy and I worry about our girls, like all parents do. We worry about their grades, their friends, their financial security and if they will find their special role in the world. I know God has a plan for each one of them that He authored before He created the universe. It is so sad to me to think that instead of encouraging young women to dream big and take on the world, American politics encourages them to think like victims who need the government to support their needs. I am sure my girls will disagree with Mercy and me on many things but I hope they hold closely to one thing: government cannot give them anything that will make them happier than a determined fulfillment of God’s plan for them. Government’s job is to guarantee their basic rights, not because they are women, but because they are Americans.

8. Is there a divide between the so-called elites and the electorate? And if there is, how can ACU bridge that gap?

What is the establishment? It is a difficult question to answer. However, what is clear is that all the “big” institutions in our society seem to work the angles well, which leaves all the little guys disadvantaged. Big companies receive help from big government, which passes complicated regulations that can only be managed by big international law firms. If you go to meetings in Washington, D.C. you will most likely enter an imposing glass building with the name of a law firm on the outside, which sounds vaguely familiar because they continue to grow and merge and mutate. I think when people across the nation think of the establishment they think of a growing group of well-connected people who have lost the sense of fighting for policies that will create a level playing field, and who cannot divorce their moral sense from the financial gain of being a part of all things big, complicated and non-transparent.

Sonny Bono sang about “the beat goes on” and I think many in this country fear that the beat of big government means less opportunity and more dependency and that it will continue.

9. What are the challenges and the advantages of technology when it comes to delivering a message and persuading people who might be skeptical of CPAC?

CPAC is in many ways a throw-back to conventions of old. In the end, a politician has to be able to stand in a large hall and give one hell of a speech. It is simply a part of democracy. However, each attendee will have a Smartphone, which will tempt them to turn their attention away from the speaker to check the basketball score, answer a text from a kid in college or see what time the bars close. We will vote in the Straw Poll on tablets and a special CPAC smart phone app will guide attendees through the hectic schedule. Social media will allow participants to vent and give constant feedback about what they hear. But in the end, it will be about a potential candidate connecting to an individual in the crowd and the magic of words, which inspire and force action and change the country.