The Centers for Disease Control and Prevention (CDC) loosened masks requirements a bit more last week to allow the vaccinated to go barefaced in outdoor transportation settings. It’s another small step toward normalcy, but some Americans seem unwilling to forgo the face covering even in the face of the new guidance.

In so many cases over the past year, masks have been less a protective tool and more a symbol of virtue.

This is a problem. Tools are easily discarded. When the job is done you put away the hammer or saw without a second thought. Not so with symbols. Symbols become a part of us, a part of our identity that mingles with our self-worth.

Why are so many Americans still donning face muzzles well past their sell-by date? Obviously, it is not entirely for medical reasons. It’s often because the cloth coverings have become as essential part of who they are.

In writing my book, "Charade: The Covid Lies that Crushed a Nation," I relived the entire serpentine story of mask-wearing in 2020 and into 2021. First we were told by the surgeon general that masks were basically useless. That's an opinion NIAID Director Dr. Anthony Fauci’s emails now show us he agreed with, saying the virus particles were too small for masks to be effective. 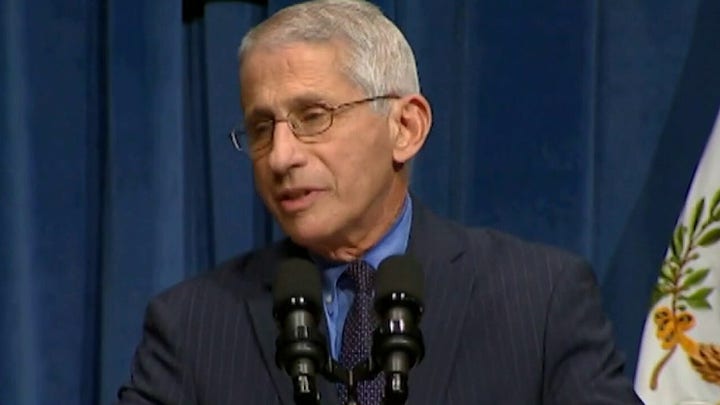 Next, they became essential and mandatory after the CDC changed its guidance on April 3, 2020.

Nobody has exactly explained how or why. Some of those who doubted the efficacy of masks joked about wearing two masks for protection against the virus and sure enough that eventually became the guidance. It’s just common sense, we were told.

But what really happened was that the mask transubstantiated backward into a symbol. This was very much the fault of President Joe Biden, Democrats and their allies in the liberal media.

From day one of his presidency Biden wore masks in absurd situations that had nothing to do with science, such as when outdoors and socially distant. Even this year he was the only world leader masked on a Zoom call.

Biden, we were told, was just setting a good example. But he wasn’t, he was setting a paranoid and cultish example. The example he set was that wearing a mask showed you cared, showed you took the virus seriously, that it made you a good person.

No wonder so many people now fear taking off the mask in case they look like a Republican, or God forbid a Trump supporter. The blue mask became the red MAGA hat of the left.

Trump approached this differently. He meticulously only wore masks when it was recommended by the CDC. He adamantly refused to give in to the idea of mask as symbol. The media mendaciously turned this into Trump being anti-mask. 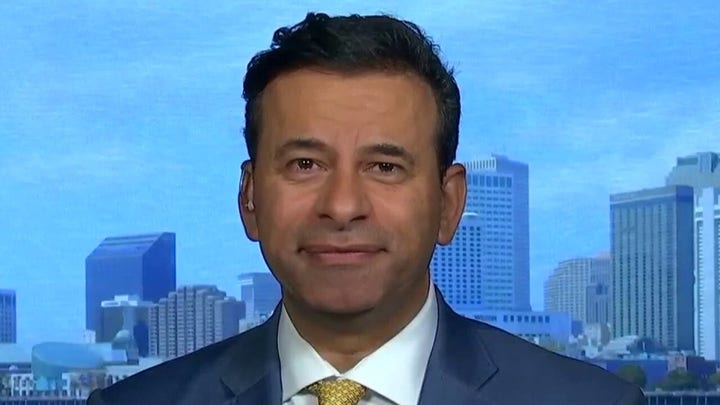 That was a lie. On masks, he didn’t argue against the CDC guidance, but he refused to go beyond it, into the realm of performance in which masks became a symbol.

Now, something as predictable as the sunrise has occurred. Americans, mainly on the left, are struggling to leave the masks behind although the CDC has declared that they can. Many don’t even know why. For some it is peer pressure, for others a false sense of security, for still others, it is a marker of being in the enlightened tribe.

US NOT READY FOR NEXT PANDEMIC, TOP CDC OFFICIAL WARNS

We are told to be patient with such people, and really what choice do we have? But being patient doesn’t mean we have to think it is psychologically healthy. Like so much of our pandemic lockdown, it decidedly is not.

I titled my new book "Charade" because so much of what happened to us over the past year was performance, symbolism and even downright chicanery.

We were not all in it together, the term "Chinese virus" is not racist, the Trump administration did not waste the month of January, New York’s Democratic Gov. Andrew Cuomo was not a great leader, Florida Republican Gov. Ron DeSantis was not a monster, and the virus doesn’t suddenly stop spreading at anti-racism mass protests.

But of all the wool pulled over the eyes of the American people, of all the lies, none stand out as clearly as the fabric pulled over their mouths and noses. Even as our churches and stadiums return to full capacity, even as life churns back to normal, the masks remain. For children under 12 who cannot be vaccinated, they are even still guided by the CDC to wear them in a wide range of situations.

In the end, taking off the masks will not be enough. Our society must come to terms with how so many of its citizens became so attached to them that even following "the science" will not make them give up the practice of wearing them. Symbols, you see, are powerful things.

Perhaps our consolation and hope is that smiles are symbols, too, and as contagious as a virus.

As those of us not under the mystical mask spell of Biden and Fauci go barefaced through town and city more will join. They will see us and say to themselves, "Maybe I can do that, too."

It’s time to put masks back in the toolshed where we found them and to never give them metaphysical power over us ever again.