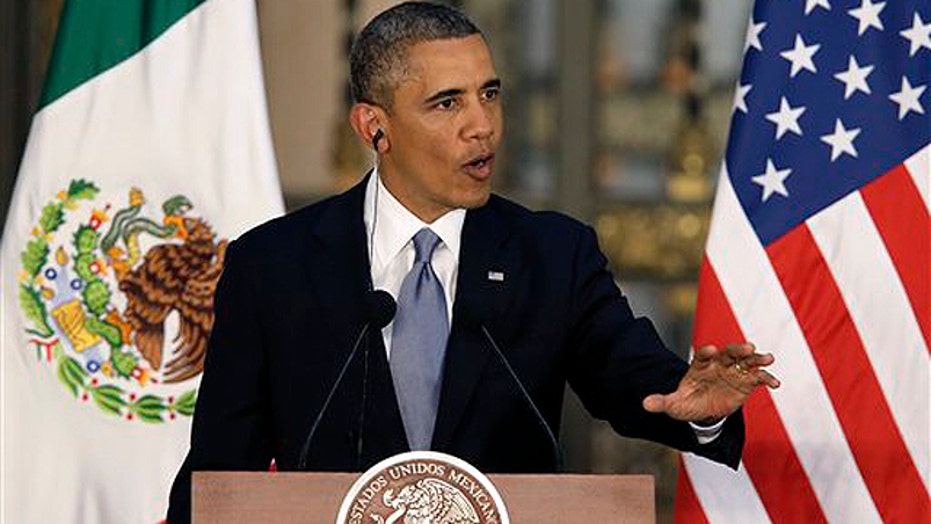 So maybe the president can’t rewrite the law as he pleases!  That’s the early word from a federal judge in Texas.

He did not issue an injunction, although that may still happen. The judge is holding off on issuing a final ruling until both parties to the lawsuit file briefs on one remaining issue.

At issue is a 2012 directive from Napolitano barring ICE agents from starting deportation proceedings against unlawful immigrants who:

- were younger than 16 when they entered the country illegally

- have lived here for five years

- have no felony convictions.

The directive further instructed ICE agents to halt deportation proceedings already underway for people fitting these criteria.  Instead, the agents were ordered to grant them and others in the same category work authorization if they qualified.

Clearly, this was an attempt by the administration to enact—by executive fiat—most of the DREAM immigration reforms that Congress failed to enact last year.

ICE agents challenged the DHS directive, claiming that it compels them to violate the law or face disciplinary action.  Federal immigration law, they say, requires them to initiate removal proceedings against anyone they detain.

The agents also charge that the directive violates the federal Administrative Procedure Act because it was implemented without the public notice and comment required for all new government regulations.

On almost all of these issues, the judge ruled against the government.  There is no question, he said, that the law “mandates the initiation of removal proceedings whenever an immigration officer encounters an illegal alien who is not ‘clearly and beyond a doubt entitled to be admitted.’”

The administration argued that the law applies only to unlawful immigrants encountered at a “port of entry.” But once someone makes it past the border, the government claimed, the DHS Secretary has wide “prosecutorial discretion” as to whether or not to commence removal proceedings.

Napolitano’s lawyers even argued that the word “shall” in the statute (as in “the alien shall be detained”) doesn’t have the plain meaning normally given to that command.

The court disagreed.  “Discretion” does not entail the power to create new law.

The judge did not issue an injunction because the government raised a new issue very late in the case.  The administration claimed that, since the ICE agents are career employees, their claims are “employment-related” and can only be brought through the civil service merit system. The judge requested additional briefing on this issue by May 6.

The judge also did not rule on another question:  whether DHS can dismiss or suspend deportation proceedings once they have been initiated. The agents didn’t raise that issue.

This is an important decision nonetheless.  A court has held that the administration does not have unbridled discretion to simply ignore a law it doesn’t like.  But there is no doubt that Judge O’Connor’s final decision – when it comes – will be appealed.