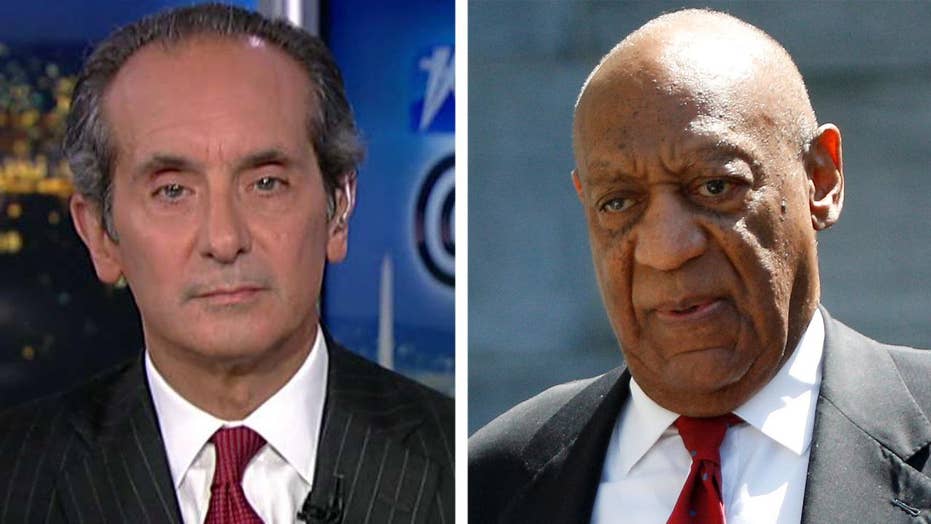 The jury that found Bill Cosby guilty Thursday of drugging and sexually assaulting Andrea Constand in 2004 provided some much-needed – though long-delayed – justice to women against the powerful forces of Hollywood who have for years protected sex offenders.

And hopefully, the verdict will send a loud and clear message not just to men in Hollywood but to any man who thinks he can get away with sexual assault and other misconduct: you can’t.

This is the first time in recent memory we’ve seen a man who participated in the rampant sexual misconduct that’s been exposed in the entertainment industry actually be held accountable under the law. Cosby has been on a downward spiral for the last four years, when numerous women started accusing him of sexual assault and other misconduct.

This was Cosby’s second trial, with the first ending in a mistrial last year. Cosby claims he gave Constand cold medicine and the sexual encounter between them was consensual.

Constand said Cosby gave her three blue pills, which she thought were herbal supplements. She said that put her to sleep and left her helpless to resist when he sexually assaulted her. She described the assault in horrific detail that jurors clearly found convincing.

Following the verdict in a Pennsylvania courtroom, District Attorney Kevin Steele said: “Andrea Constand came here to Norristown for justice and that's what 12 jurors from Montgomery County provided her ... and now we really know today ... who the real Bill Cosby was."

For years it wasn’t a stretch to think of the real-life Cosby as the fictional TV dad – Dr. Cliff Huxtable – who he played on the hit sitcom “The Cosby Show.” Dr. Huxtable was a family man who loved his wife and his kids, and taught them character-building life lessons in just about every episode.

Cosby was a role model for many – often referred to as “America’s Dad” – respected, admired and frequently the subject of adoring coverage in the media. He was a trailblazer for African-Americans in the entertainment industry.

As a comedian, he kept his stand-up routines clean. He wasn’t a fan of swearing, denounced drugs and drinking, and championed families.

Cosby’s TV persona, and the stage image he portrayed, was easy to believe. Nobody would have guessed it was all just a front. It was simply inconceivable that so many secrets were hidden underneath his image of near-perfection. How can a man so warm, kind and gentle on our TV screens be the total opposite – Dr. Huxtable and Mr. Hyde?

Hollywood, known for its Emmy and Academy Award-winning performances, has repeatedly congratulated itself for being more inclusive, pro-women, enlightened and just better than the rest of us. That lie has clearly been exposed.

In reality, Cosby’s whole life was one long act – an act that may have played out its final scene. A hailstorm of hypocrisy came raining down when journalists exposed Hollywood mogul Harvey Weinstein’s sexual misconduct that went unchecked for 30 years.

What followed the Weinstein revelation has been nothing short of astounding – a tidal wave of accusations against men in film, TV, journalism, government and other fields that has cost them their careers and turned their legacies to dust.

Following the verdict, attorney Gloria Allred, who represented some of the women who accused Cosby, said: “Justice has been done!”

“We are so happy that finally, we can say women are believed and not only on #MeToo, but in a court of law,” Allred added.

Up until now, Hollywood’s world has really been about the powerful protecting the powerful. The message sent Thursday, on behalf of all women who have been victims of sexual assault by powerful men in Hollywood and elsewhere and not taken seriously, was emphatic: Do you hear us now?