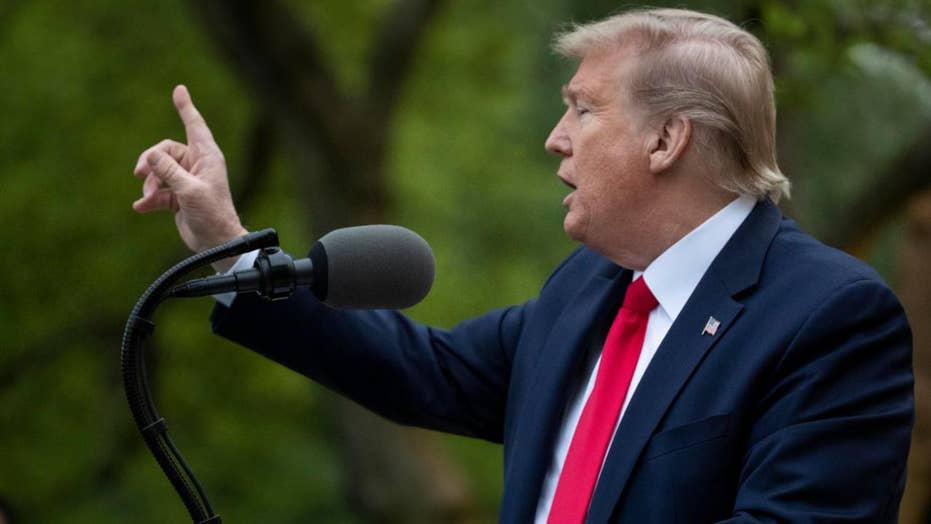 President Trump should be applauded for his decision to halt funding to the World Health Organization (WHO) while his administration reviews the group’s response to the coronavirus pandemic. U.S. taxpayers write a $400 million blank check to the WHO, an organization that is broken and long overdue for fundamental reform.

In fact, the WHO has proven in its handling of the coronavirus pandemic that it puts politics over public health. Rather than independently investigating or determining the nature and spread of the coronavirus, the WHO instead simply parroted the official pronouncements of the Chinese government and lavished praise on Beijing’s response.

It’s long past time for the United States to hold the WHO accountable for its mismanagement and lack of transparency.

As the Trump administration pauses funding to the WHO and examines how the organization has responded to the current crisis, it should demand answers to the following questions:

First, why did the World Health Organization ignore an email from Taiwanese health officials in late December alerting them to the possibility that the coronavirus could be transmitted between humans?

The likely answer to this question is tied to the WHO’s consistent animosity toward Taiwan – borne out of its desire to placate the Chinese government. Beijing views Taiwan as a renegade province and has repeatedly sought to exclude it from participation in international organizations like the WHO. This view has been emphasized by the WHO’s current leadership, particularly its director-general, Tedros Adahnom Ghebreyesus.

Tedros went so far recently as to spew unsupported accusations at Taiwan for mounting what he called “racist” attacks at him for his handling of the pandemic. Another senior leader of the WHO, Bruce Aylward, painfully avoided questions about Taiwan’s handling of the coronavirus and instead complimented China for how it has dealt with it. All appearances suggest that the WHO simply ignored Taiwan to make peace with China, to the detriment of global public health.

Second, why did the WHO make several claims about the coronavirus that turned out to be either inaccurate or misleading in January and February, as the virus spread around the world?

On Jan. 14, the WHO reaffirmed China’s now-debunked claim that the coronavirus could not be transmitted between human beings. This was after evidence had emerged that such transmission had likely already taken place in Wuhan. Two weeks later, Tedros traveled to Beijing and praised Xi Jinping’s government for its “transparency” in sharing information about the coronavirus. This was after the government had silenced or punished several doctors who spoke out about the virus and restricted Chinese institutions from publishing information about it.

During the critical weeks and months when the virus began its spread in China and then around the world, the WHO seemed more interested in playing politics, rather than taking the actions that could have saved lives around the world.

Then, on Jan. 31, the WHO argued against travel restrictions to China, arguing they “can cause more harm than good,” even though public health officials in the U.S. have largely concluded that President Trump’s travel ban helped to slow the spread of the virus here. And why, on Feb. 3, did Tedros say that the spread of the virus outside of China was “minimal and slow,” even though hundreds were infected around the world, including a handful in the United States?

Third, why did the WHO wait as long as it did to take decisive action?

It did not declare a public health emergency until almost two months after the reported onset of first symptoms in a Wuhan patient (and a month after China first officially notified the WHO of the pathogen’s existence). A WHO delegation did not visit China to examine conditions on the ground until mid-February, after the organization had simply repeated a number of claims made by Beijing about the nature of the virus and the extent of its spread. Finally, it took until March 11, when the virus had infected over 100,000 people in over 100 countries around the world, before the WHO came around to calling the disease outbreak a pandemic.

During the critical weeks and months when the virus began its spread in China and then around the world, the WHO seemed more interested in playing politics, rather than taking the actions that could have saved lives around the world.

Defenders of the organization often argue that the WHO can only do what it is empowered to do; and that limits its ability to question the claims made by member states like China. If so, that’s all the more reason for the U.S. to demand accountability for the hundreds of millions of dollars we send to the WHO. The organization should be reformed from within, so that it has the authority to conduct independent and rigorous examinations of claims made by its members – particularly when millions of lives are potentially at risk.

While American funding to the WHO is paused, President Trump should convene a panel of public health experts both within and outside of government that can examine the questions asked here, as well as the WHO’s practices more generally. The panel should make recommendations regarding organizational improvements, but might also look for ways for the U.S. to work with other international organizations, or countries around the world, to promote public health.

Indeed, if the WHO is broken beyond repair, it may ultimately be time for us to consider creating a new organization to do the important work of improving health outcomes and preventing disease around the world.

The coronavirus crisis has demonstrated the dangers of allowing an international organization like the WHO to fall under the influence of a single country that put its national interest above the greater good. We should not waste this opportunity to bring about the lasting, positive changes that will ultimately save lives and improve public health not just here, but around the world as well.

Lanhee J. Chen is the David and Diane Steffy Fellow in American Public Policy Studies at the Hoover Institution. He was previously Lecturer in Law at Stanford Law School and the Policy Director of the Romney-Ryan 2012 presidential campaign.