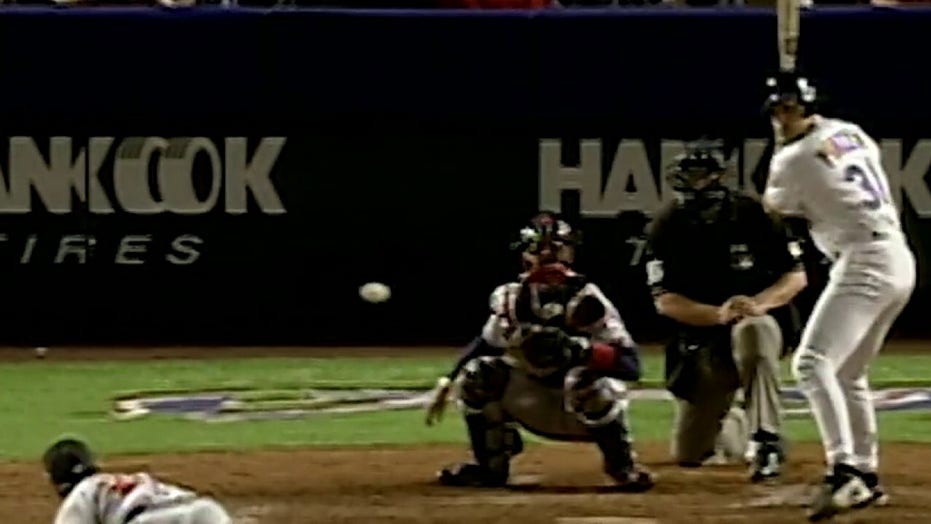 On Oct. 30, 2001, wearing a navy-blue New York Fire Department quarter zip, President George W. Bush stepped out onto the mound at Yankee Stadium to throw the first pitch of game three of the World Series.

There was not much to cheer for in the days following 9/11, but the cheers from the crowd were deafening, as the president stood there with American flags flying all around. It was a moment that transcended time and brought the nation together when we needed it the most.

No matter who you were, where you were from, what your politics were, we were all united as one team, Americans.

MATT McGEE: TO MY GRADUATE — AMID THE YEAR'S TURMOIL, THESE 3 THINGS WILL HELP YOU MAKE YOUR MARK

There are multiple points across our history where baseball brought our nation together. I even saw it three years ago in Washington, D.C., when Special Agent David Bailey of the Capitol Police threw the first pitch at the Congressional Baseball Game for Charity. Bailey had been injured during his heroism days earlier, protecting my teammates and I from an almost deadly attack.

While D.C. is known for the entrenched partisanship that pulses throughout the city, at that moment, every single person in the stadium was an American and nothing else.

Baseball is interwoven into the fabric of what it means to be an American, its history is filled with stories of blood, sweat, tears and triumph. Every year, again and again, Americans fill stadiums across the nation to cheer on our favorite teams. Every summer, parks and backyards are filled with fathers and mothers playing catch with their children, just as the generation prior did with theirs.

There is something about the smell of fresh-cut grass intermingling with the distinct smell of a ballpark hotdog. The crack of a bat hitting the ball, the crunch of sunflower seed shells that litter the ground beneath seats. The anticipation as people rise from their seats for a home run, a child fiddling with a new glove in hopes of catching a ball. There is something about the distinct shared experiences we all have around watching a baseball game that is uniquely patriotic.

Just as a team can recover from a years’ long losing streak to win the World Series, our nation has an incredible capacity to recover from any setback that we may experience.

Perhaps it’s the story of hope that has always been so prevalent throughout the game that makes it America’s sport. Just as a team can recover from a years’ long losing streak to win the World Series, our nation has an incredible capacity to recover from any setback that we may experience and to become even stronger than we were before.

This year has been rife with unprecedented challenges for our nation. We have been stricken by a global health pandemic, which resulted in heartbreaking deaths and caused unemployment at levels not seen since the Great Depression. The pandemic also meant that Americans no longer had one of the last bonds of community we normally take for granted, sports.

Major League Baseball Commissioner Rob Manfred stated that he is “100 percent” sure that there will be a baseball season this year, and I sure hope he’s right. Our nation has never needed baseball more than we do at this moment.