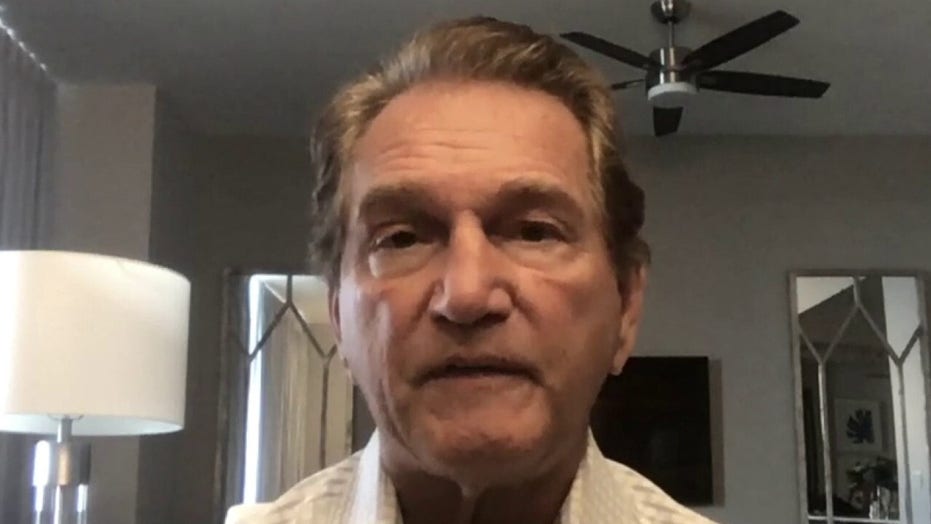 Joe Theismann on how to keep players, fans safe when professional sports return

If someone would’ve told you at last year’s NFL Draft in Nashville that this year’s event would be held in the commissioner’s house you probably would’ve referred them to the league’s concussion protocol program.

But these days the coronavirus has turned the football conversation from “Shutdown Corners” to shutdown states, and even fans are getting flagged for “illegal hands to the face.” For that reason, Roger Goodell was forced to make Thursday night’s 2020 NFL Draft a home game in every sense of the word.

The Commish went full Joe Biden and broadcast from his basement, turning an event that normally has all the subtlety of a Monster Truck Rally into a Zoom Bingo Game.

Numbers were called, players stood and cheered in their homes, and the NFL scored a much-needed win on a night that could’ve easily been a disaster. (Luckily the league is used to handling disasters, thanks to the Browns.)

The 2020 NFL Draft will be remembered for many things, not the least of which is that this was the first year the folks watching at home were dressed better than the players getting drafted.

Heisman-winning LSU Quarterback Joe Burrow went number one to the Cincinnati Bengals. But rather than chest-bumping the commissioner in the requisite Armani suit of the league’s top pick, he hugged his parents in the sweat pants and T-shirt of a kid picked first in gym. The Bengals may not take home the Lombardi Trophy any time soon, but lookout out world if a game of Red-Rover breaks out.

Ohio State Defensive End Chase Young was sporting jeans and a T-shirt when he went second to the Washington Redskins. Of course these days there’s a ton of pressure on the team to change its name, as many people are rightfully offended by the word Washington.

Jokes aside, the All-World pass rusher was one of 60 players who gave the league access to his family’s living room, which went a long way towards making this the most relatable night in league history.

For all the gaudy graphics ESPN bombarded us with on the production side, there was an undeniable realness to seeing the home lives of players like Alabama QB Tua Tagovailoa, whose Hawaiian family sported leis on their heads as they waited for him to get picked 5th by the Dolphins.

At times the home broadcast thing was too real. Tennessee Titans coach Mike Vrabel was shown on camera flanked by one son who was rocking a mullet and a second son dressed as Frozone from “The Incredibles.” But stealing the show behind them was a family friend, who was sitting on the toilet with the bathroom door wide open for the world to see. Gosh, that’s so embarrassing. I mean, who wears a mullet?

Arizona Cardinals Coach Kliff Klingsbury won the nicest house award for his ultra-sleek MTV Crib. Massive windows, state of the art entertainment centers, this bad boy had everything but a trophy case, which makes sense if you follow the Cardinals.

And no one will forget New York Giants General Manager Dave Gettleman, who inexplicably put on a GERM MASK ten minutes into the broadcast, despite the fact that he was the only person in his living room. Perhaps the only bigger mystery of the night was his decision to take Georgia offensive tackle Andrew Thomas fourth.

History will show that the NFL was unable to hold its 2020 draft in a massive arena filled with thousands of screaming fans. But if Lockdown Life has taught football fans anything it’s that when one door closes, another one opens.

Sometimes a little too far…