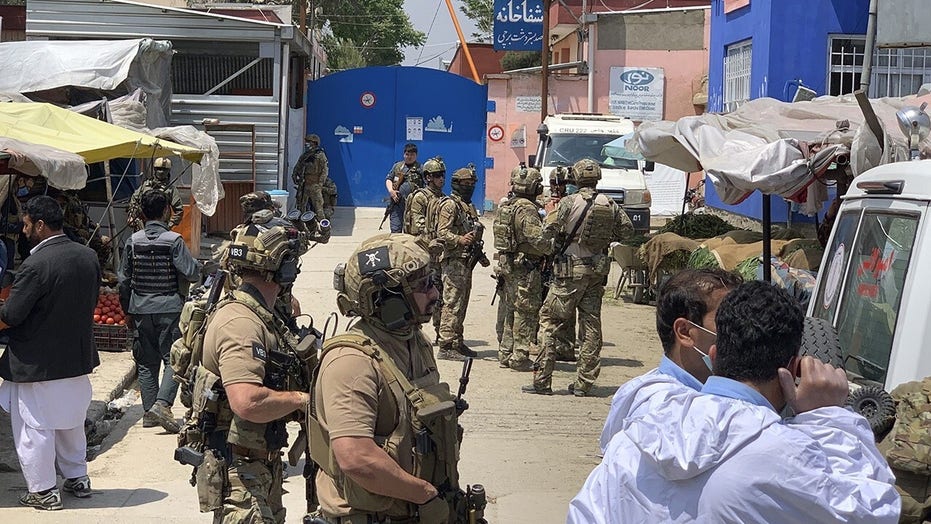 Dozens killed in attack on maternity ward in Afghanistan

When the four horseman of the apocalypse ride, Plague and War often gallop side by side. The last time nations battled a pandemic of this scale and severity, they also were fighting a world war. Foreign mayhem doesn’t stop while we care for our sick at home.

For months now, America’s headlines have dealt with little else than the COVID-19 and high-stakes politics. But there are plenty of other problems in this wide world that might well hit American lives and livelihoods just as hard. They should not be forgotten or ignored.

What about our top four antagonists going into the pandemic? The good news is, things don’t seem to have gotten much hairier — at least for now.

Yes, the U.S. and China continue the diplomatic sparring and name-calling over Beijing’s misbehavior that allowed the coronavirus to spread throughout an unsuspecting, ill-informed world. But this hasn’t escalated into anything more than that, and China’s stock around the world has dropped quite a bit.

Meanwhile, Iran remains under enormous pressure. Reeling from the virus at home, its forces are being hounded by Israeli airstrikes in Syria and are increasingly unwelcome in Iraq. And matters could soon get worse for Tehran. The U.S. is ramping up pressure to extend the U.N. embargo on arms sales to Iran or reimpose “snapback” sanctions on the regime.

Russia may be far more damaged by the virus than Moscow is letting on. Meanwhile, its economy has been badly battered by the plunge in oil prices.

As for North Korea … it remains as inscrutable as ever.

Elsewhere in the world, however, mayhem has not taken a timeout to cope with the coronavirus. Here are three places Washington needs to keep a worried eye on.

Europe, as well as the U.S. has a lot riding on stability in the Greater Middle East, and Libya is highly unstable.

The country remains trapped in a civil war between the forces of Gen. Khalifa Haftar, whose forces are stalled in the suburbs of Tripoli, and the interim Government of National Accord (GNA), internationally recognized as the country’s legitimate government. While the war is at a stalemate, Haftar’s forces increasingly are shelling civilian areas, perhaps taking advantage of the coronavirus lockdown to more efficiently terrorize civilians who can no longer move.

It is hard to see how Libya gets sorted out without the U.S. playing a more prominent diplomatic role.

Meanwhile, interested powers like Turkey, Italy, France, Russia, Egypt and the UAE, remain deeply divided. Some are even supporting mercenaries and militias; that will only help spread misery and increase the potential for the return of terrorism. It is hard to see how this gets sorted out without the U.S. playing a more prominent diplomatic role.

No. 2. There is a modicum of hope in Afghanistan

This is not our war. But Washington continues to provide advice and support to the Afghan people, and Washington needs to still care about the future of the country. Instability and a resurgence of transnational terrorism in the region would not be in America’s interests.

Last, week the country suffered a horrific terrorist attack, staged by ISIS, on a maternity hospital near Kabul. ISIS’s goal is to derail peace talks between the Taliban and the Afghan government.

Nevertheless, the Afghans announced they are formally establishing a unity government, and there are signs that inter-Afghan talks may start after Ramadan. If the cause of peace does continue to move forward, it will only be because of continued American support for the Afghan people.

No. 1. What’s up in the Western Balkans?

The scars of the collapse of Yugoslavia and the outbreak of the Balkan wars in the 1990s are still visible and quite ugly. In particular, the animosity and distrust between Serbia and Kosovo continue unabated. And Bosnia-Herzegovina is a barely functioning state.

Russian and Chinese meddling doesn’t help. A prosperous, free and secure Europe remains a vital U.S. interest, and we can never feel secure in the continent’s future when parts of Southern Europe remain excluded and mired in past hatreds.

Recently, the U.S. has significantly ramped up its diplomatic efforts to bridge the gap between Serbia and Kosovo. Washington needs to sustain that effort and partner with the European Union and key nations, like Germany, to press for a better future for the Western Balkans.

The U.S. is the leader of the free world, a global power with global interests. We don’t get a timeout from our global responsibilities to deal with COVID-19. The good news: We are a great nation; we are up to the task.