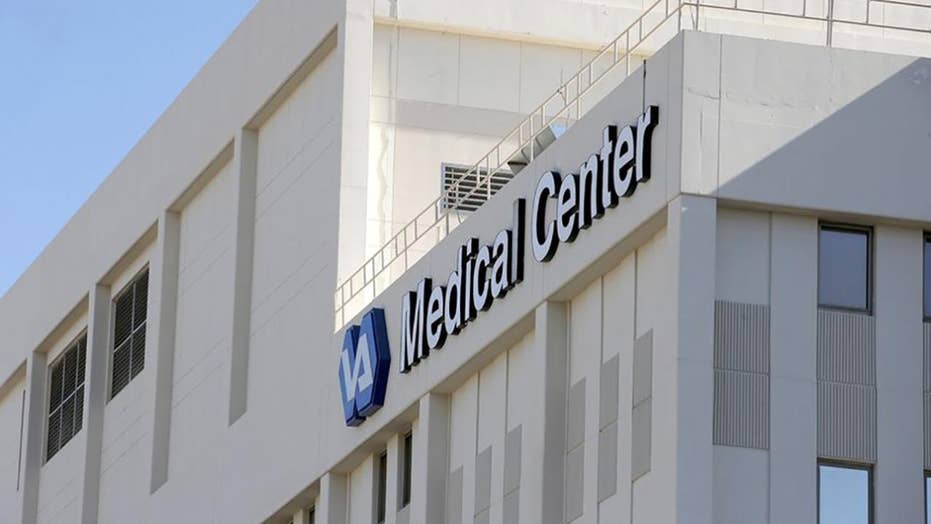 Whatever happened to the veterans health care reforms?

The Phoenix VA hospital was ranked as one of the worst in the country in 2017, despite the director touting a dramatic drop in patient wait times

President Trump recently signed an executive order designed to ease military service members’ transition to civilian life, including automatic enrollment to receive Department of Veterans Affairs medical and mental health care. While the executive branch figures out how to implement this plan, another opportunity to help veterans is lying dormant in Congress, awaiting a vote.

That legislation is the bipartisan Homeless Veterans Prevention Act of 2017, which would help local organizations like mine, the Connecticut Veterans Legal Center (CVLC), to provide civil legal aid to veterans facing homelessness. According to a recent study in Health Affairs, this legal aid improves health outcomes for this vulnerable minority of American veterans. Congress should act quickly to pass the bill so all veterans get the care they deserve.

Tremendous federal, state, local, and charitable resources directed at this community over the last several years have been remarkably effective. Veteran homelessness was cut in half between 2010 and 2016 nationally.

Connecticut lead the nation in this push and currently has “functionally zero” homeless veterans. This doesn’t mean there aren’t homeless veterans, but when veterans become homeless Connecticut’s nonprofits and government agencies can identify and house those veterans quickly.

But even with those efforts and resources, there are still some veterans on the streets, or facing that possibility. So how can that be? It turns out that sticky civil legal issues are one barrier keeping veterans out of consistent, stable housing – and providing civil legal aid can be key to breaking through.

Civil legal aid means no-cost help with the non-criminal legal issues that aren’t covered by public defender programs. Things like landlord-tenant disputes over rent, battles with VA for disability compensation, and consumer debt are all civil legal matters. If they go unresolved, they can cause someone to lose a livelihood or a home, and to spiral into homelessness.

My colleagues and I who work with veterans have long suspected that providing civil legal aid to veterans experiencing or facing homelessness helps them achieve better outcomes in their lives, including housing and improved mental health. Fellow researchers from the medical and legal professions and I recently co-authored a study to test this.

We provided legal help integrated with health care to several hundred veterans at four VA hospitals in Connecticut and New York and followed a subset of that group for one year to track how their mental health, well-being and housing stability changed. The outcomes showed that veterans with legal help reported fewer mental health symptoms, greater well-being and fewer days of homelessness.

Carl served in Iraq with a Navy unit that delivered essential supplies. At the end of his deployment, Carl was experiencing some symptoms of post-traumatic stress disorder (PTSD), like trouble sleeping and irritability, but was eager to get home so he did not ask for help from his leadership.

Back in Connecticut, Carl missed the structure and camaraderie of his military life. The daily routines of civilian life felt baffling; he coped with his unhappiness by drinking heavily. Between the drinking and the symptoms of untreated PTSD, Carl found himself separated from his family, homeless and enrolled in inpatient VA mental healthcare.

If medical care was enough, the story would end here. But the inpatient treatment meant that Carl missed drill weekends with his reserve unit and had no income. CVLC provided legal help to prevent Carl from receiving other-than-honorable discharge status, which would have limited his access to VA care and benefits.

Carl is still enrolled in VA care and awaiting medical retirement. CVLC also helped Carl apply for VA disability compensation for PTSD, which allowed him to help provide for his kids while he was healing. Instead of leaving treatment in crisis, Carl was able to afford an apartment and eventually started his own business.

Carl shared this story because he thinks all veterans should get legal help when they need it. That’s why Senators Richard Burr, R-N.C., and Richard Blumenthal, D-Conn., included civil legal aid support in their bipartisan legislation.

Yet for months, the bill has sat in limbo. As an advocate for veterans in my Connecticut community and nationwide, I hope Congress will consider passing this important bill as soon as possible.

Veterans stepped forward and defended our nation when they served in the military. Let’s aim to bring civil legal aid to every veteran who needs it in 2018.

Margaret Middleton is the co-founder and executive director of Connecticut Veterans Legal Center.