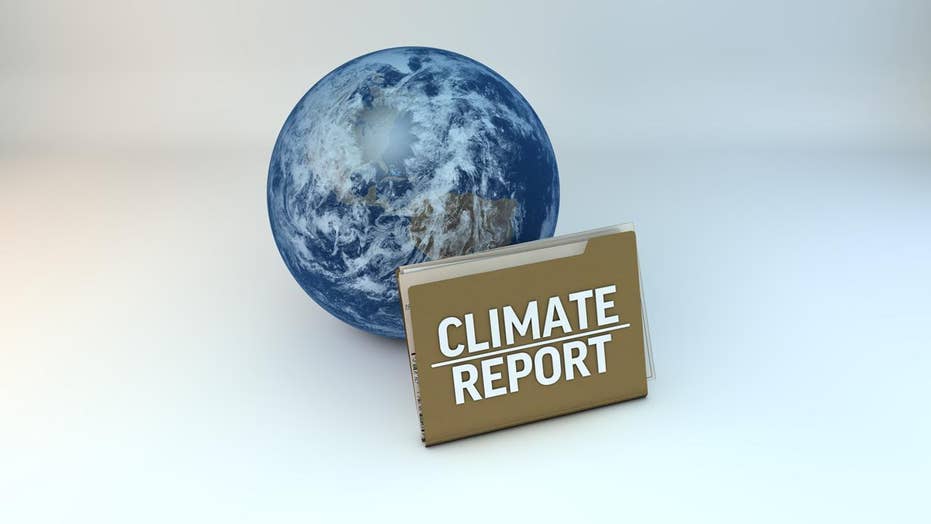 Preparations are well underway in the liberal media to make August 18 a milestone in the history of climate policy.  That is the date when a special U.S. government report on the state of climate science by authors from 13 federal agencies, known as the U.S. Global Change Research Program, is due to be released.

But if August 18 does become a day to be remembered, it will be as a much-hyped political event, not a scientific one.  The substance of the USGCRP report apparently only rehashes, at great length, research that was assessed even more exhaustively in the Fifth Assessment Report or FAR, published in 2013 by the United Nations Intergovernmental Panel on Climate Change.

The report’s claim of progress is supported by lists of advances in climate science since 2013, but the major conclusions of the report are no different from the FAR and are based on the same materials.  Over and over, the report states that support for its conclusions comes from the FAR.

What is different is that the well-known research findings--well known to experts, anyway-- are summarized in the USGCRP document in a way that makes them appear newer, stronger and more alarmist than they really are.

The New York Times stoked the hype by claiming on August 7 that it had unearthed the report from where it was being hidden by Trump Administration doubters, when in truth drafts of the report were readily available and posted for public comment.

In summary, there is little new about climate science in the report, and nothing at all new about attribution of past warming and extreme weather events to human activity, projections of future warming and its effects, or potential for catastrophic changes.

Then the Times became excited about how the report would finally force the administration to admit the reality of climate change.  The Times even embedded a video of EPA Administrator Scott Pruitt in one article, with the heading “A draft report by scientists from 13 federal agencies directly contradicts statements by Scott Pruitt, the E.P.A. administrator, that human contribution to climate change is uncertain.” But the USGCRP report itself recognizes and describes the uncertainty of climate science, which all involved except the Times editors understand.

The headline and editorial writers are having a wonderful time inventing claims about how novel and definitive the report will be. They are aided and abetted by selective summarizing of key sections of the report.

For example: “Attribution” is the term applied to efforts to determine how much of the observed increase in global average temperature since 1950 is caused by human activity, principally carbon dioxide emissions and land use change.

In contrast, the USGCRP report claims that human activity was responsible for 100 percent of observed warming.

This major rewording comes despite the fact that the USGCRP report relies exclusively on the FAR for its calculations of the human share of warming.   Nor does the report cite new evidence that would justify its shock-value conclusion.

The new summary judgments are made subjectively by the authors of the report, who are all government employees working on climate research or academics supported by government climate funding.  I question why these authors chose to make the scarier statement when they could have relied on the IPCC report to settle the attribution question.

This pattern is repeated through the major findings.  Summary statements are phrased to give the impression of greater certainty and larger impacts than either the text of the report or the earlier FAR support.

For example, the report highlights a statement about decreases in surface soil moisture in the United States but leaves for the reader to unearth the statement that “Little evidence is found for a human influence on observed precipitation deficits.”

In other words, the report admits that there is low confidence in attribution of drought on a global scale to human influence on climate.

As another example, the report discusses how changes in the El Nino weather phenomenon and in ocean currents have contributed to recent extreme weather events. But then the USGCRP report admits that there is little evidence of human influence on past changes in either El Nino or ocean currents.

The discussion of projected impacts of warming is wide open to selective quotation because it frequently starts with a broad statement of a tendency and then admits that it is impossible to say how large the effect will be.   For example, the statement that sea level rise will increase flooding due to coastal storms is later qualified by the statement that there is “low confidence in the magnitude” of the increase in flood risk.

Likewise, the upcoming report highlights a statement that extreme temperatures in the U.S. are likely to increase “even more” than average temperatures, but a description of the beneficial effect of fewer severely cold days and fewer cold waves is left hidden in the text.

The agencies’ report also gives emphasis to the possibility of unanticipated and impossible-to-manage changes in the climate system in the next century.   This is a topic likely to attract editorial attention, but a closer reading of the text reveals that highlighted risk is only speculation about a physical possibility.

In its discussion of specific examples, such as a catastrophic change in ocean circulation patterns, the report emphasizes predicted risks that the FAR concluded were minimal through the rest of the century.

Given the uproar over President Trump’s decision to withdraw from the Paris Agreement, statements in the report about that topic are also likely to be widely quoted.  Here the report is subtle in how it summarizes findings about the importance of that agreement.

It states that “successful implementation of the first round of Nationally Determined Contributions associated with the Paris Agreement will provide some likelihood of meeting the long-term temperature goal [of] 2oC.”

In other words, the odds of global temperature increases staying below 2oC remain at 12 to 1 against, even with the Paris Agreement.

The report raises the stakes for the Paris Agreement by describing the 2oC goal as “what scientists have referred to as the guardrail beyond which changes become catastrophic.”

Nothing in the USGCRP report or the FAR supports calling 2oC a guarantee of no harmful effects or a trigger that ensures catastrophe if it is exceeded.  Moreover, the very study cited in the discussion of the Paris Agreement found that there was no scenario for the Paris Agreement that gave better than a 50-50 chance of staying below 2oC.

One claim in the USGCRP report is not about climate but about research activities, and it is quite understandable.  It is that there have been major advances in climate science since 2013.  The USGCRP is a target in the 2018 budget, and reporting recent achievements sends the message that cutting the USGCRP budget will shut off the progress.

There has been considerable interesting work on climate change in the past four years, but the progress of climate science has been fitful.  FAR revealed, for example, that on the most important indicator of uncertainty in climate science--the likely range of warming for a given increase in carbon dioxide emissions--progress was actually retrograde.

Indeed, the FAR widened the likely range of temperature increase for a doubling of carbon dioxide in the atmosphere from the previous assessment, indicating greater uncertainty, not less, about this issue.

In summary, there is little new about climate science in the report, and nothing at all new about attribution of past warming and extreme weather events to human activity, projections of future warming and its effects, or potential for catastrophic changes.

Thus as far as the science goes, there is little to advance the case of any side in the debate over climate policy.  That makes the publication of the report more a hook for stories that one side or another wants to tell than an actual item of news in itself.

Despite its claims to make no policy recommendations, the USGCRP report does its best to make the Paris climate agreement appear more important than it is.

There is also evidence of selective summarizing, to make statements about possible harmful effects of climate change easy to find and quote while leaving it to the reader to unearth statements about the potentially small magnitude of those effects.

Any quotation from the report, especially of statements that some bad effect will increase without specifics of how much and whether there is human influence, should be checked against the full text.

Or, if there is no time for that, it should be taken with a large dose of salt.

David Montgomery recently retired as Senior Vice President of NERA Economic Consulting after a 40 year career of teaching, government service and consulting. He was previously Assistant Director of the U.S. Congressional Budget Office and taught economics at Caltech and Stanford University.