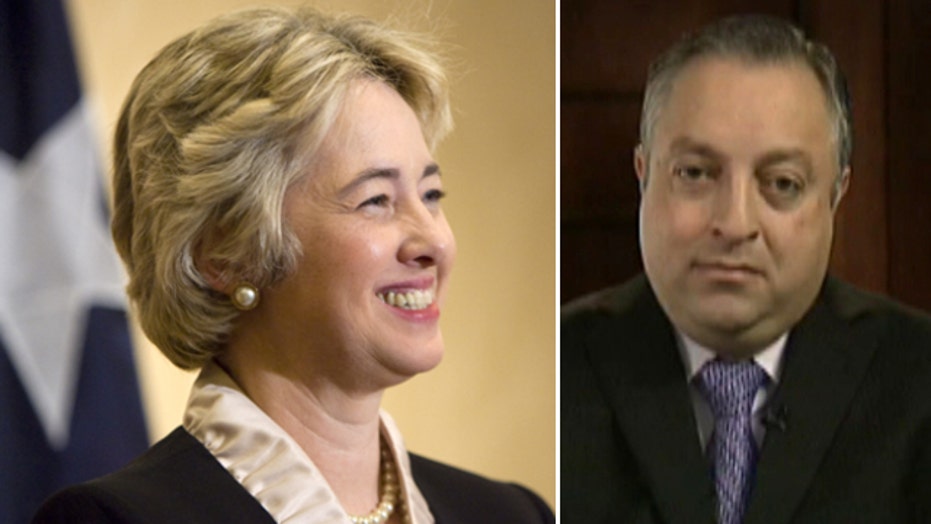 Pastor on sermon scandal: Houston has 'gone too far'

The city of Houston has issued subpoenas demanding a group of pastors turn over any sermons dealing with homosexuality, gender identity or Annise Parker, the city’s first openly lesbian mayor. And those ministers who fail to comply could be held in contempt of court.

“The city’s subpoena of sermons and other pastoral communications is both needless and unprecedented,” Alliance Defending Freedom attorney Christina Holcomb said in a statement. “The city council and its attorneys are engaging in an inquisition designed to stifle any critique of its actions.”

ADF, a nationally-known law firm specializing in religious liberty cases, is representing five Houston pastors. They filed a motion in Harris County court to stop the subpoenas arguing they are “overbroad, unduly burdensome, harassing, and vexatious.”

“Political and social commentary is not a crime,” Holcomb said. “It is protected by the First Amendment.”

The subpoenas are just the latest twist in an ongoing saga over the Houston’s new non-discrimination ordinance. The law, among other things, would allow men to use the ladies room and vice versa.  The city council approved the law in June.

The Houston Chronicle reported opponents of the ordinance launched a petition drive that generated more than 50,000 signatures – far more than the 17,269 needed to put a referendum on the ballot.

However, the city threw out the petition in August over alleged irregularities.

After opponents of the bathroom bill filed a lawsuit the city’s attorneys responded by issuing the subpoenas against the pastors.

The pastors were not part of the lawsuit. However, they were part of a coalition of some 400 Houston-area churches that opposed the ordinance. The churches represent a number of faith groups – from Southern Baptist to non-denominational.

“City council members are supposed to be public servants, not ‘Big Brother’ overlords who will tolerate no dissent or challenge,” said ADF attorney Erik Stanley.  “This is designed to intimidate pastors.”

Mayor Parker will not explain why she wants to inspect the sermons. I contacted City Hall for a comment and received a terse reply from the mayor’s director of communications.

However, ADF attorney Stanley suspects the mayor wants to publicly shame the ministers. He said he anticipates they will hold up their sermons for public scrutiny. In other words – the city is rummaging for evidence to “out” the pastors as anti-gay bigots.

Among those slapped with a subpoena is Steve Riggle, the senior pastor of Grace Community Church. He was ordered to produce all speeches and sermons related to Mayor Annise Parker, homosexuality and gender identity.

The mega-church pastor was also ordered to hand over “all communications with members of your congregation” regarding the non-discrimination law.

“This is an attempt to chill pastors from speaking to the cultural issues of the day,” Riggle told me. “The mayor would like to silence our voice. She’s a bully.”

Rev. Dave Welch, executive director of the Texas Pastor Council, also received a subpoena. He said he will not be intimidated by the mayor.

“We’re not afraid of this bully,” he said. “We’re not intimidated at all.”

He accused the city of violating the law with the subpoenas and vowed to stand firm in the faith.

“We are not going to yield our First Amendment rights,” Welch told me. ‘This is absolutely a complete abuse of authority.”

Tony Perkins, the head of the Family Research Council, said pastors around the nation should rally around the Houston ministers.

“The state is breaching the wall of separation between church and state,” Perkins told me. ‘Pastors need to step forward and challenge this across the country. I’d like to see literally thousands of pastors after they read this story begin to challenge government authorities – to dare them to come into their churches and demand their sermons.”

Perkins called the actions by Houston’s mayor “obscene” and said they “should not be tolerated.”

“This is a shot across the bow of the church,” he said.

This is the moment I wrote about in my book, “God Less America.” I predicted that the government would one day try to silence American pastors. I warned that under the guise of “tolerance and diversity” elected officials would attempt to deconstruct religious liberty.

Sadly, that day arrived sooner than even I expected.

Tony Perkins is absolutely right. Now is the time for pastors and people of faith to take a stand.  We must rise up and reject this despicable strong-arm attack on religious liberty. We cannot allow ministers to be intimidated by government thugs.

The pastors I spoke to tell me they will not comply with the subpoena – putting them at risk for a “fine or confinement, or both.”

Heaven forbid that should happen. But if it does, Christians across America should be willing to descend en masse upon Houston and join these brave men of God behind bars.

Pastor Welch compared the culture war skirmish to the 1836 Battle of San Jacinto, fought in present-day Harris County, Texas. It was a decisive battle of the Texas Revolution.

“This is the San Jacinto moment for traditional family,” Welch told me. “This is the place where we stop the LGBT assault on the freedom to practice our faith.”

We can no longer remain silent. We must stand together - because one day – the government might come for your pastor.