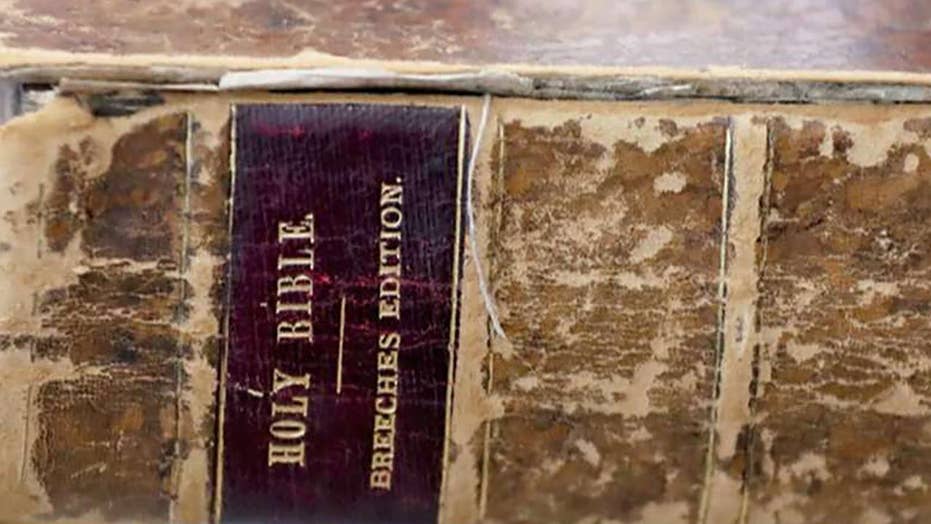 Is American Christianity in 'crisis'?

Constitutional law attorney and senior legal adviser for the Trump 2020 campaign Jenna Ellis reacts to a new article from The Atlantic on the topic.

The air buzzed with hype as the decade came to an end. Post after post revealed people’s fondest memories over the past 10 years and the goals they hope to achieve in the next 10. While every New Year comes with fresh ambitions, a new decade makes one think about goals on a larger scale; whereas New Year’s resolutions are mainly minor improvements, a decade-long dream is typically something a person hopes will become part of his or her lifelong legacy.

Modern culture’s focus on self has spilled over into our perception of legacy — it’s depicted in movies, ads and other forms of media as the personal success and lifetime achievements of individuals.

But the Bible’s depiction of legacy reaches far beyond any one person. As I re-read the story of Abraham this past week, I realized God’s design for human legacy totally shatters our small view of this world — and we should be setting our sights much higher.

God chose Abraham — an elderly man with no children — to be the patriarch of His people. Though Abraham (then Abram) was in his late 80s at the time, God promised His descendants would be as numerous as the stars. But, most importantly, God promised that the entire earth would be blessed through Abraham’s descendants (Genesis 12).

Abraham and his wife Sarah had no idea how God’s plan would come to fruition, but they decided to put their trust in His promise. Because of their faith and willingness to be used by God, He made them part of the greatest legacy in history. Though it would take thousands of years, their family line would produce Jesus, who would die and save all of mankind from sin and death, fulfilling God’s promise to bless the entire earth through Abraham.

I think many of us read stories like Abraham’s in the Bible and find them somewhat un-relatable. It’s hard to imagine God speaking to us the way He spoke to Abraham and other Old Testament figures.  But we have to keep in mind that God NEVER changes (Hebrews 13:8). The same God who spoke to Abraham in the desert thousands of years ago is the God who created you and me — and His work isn’t finished. He is still calling on His people to become part of His grand legacy.

Until Jesus comes back, we all have an opportunity to play a role in God’s greater plan. He created every human being with a unique purpose in mind for His plan. What you have is special, and using your talents and experiences to benefit God’s kingdom is the greatest calling there is.

This life is but a vapor (James 4:14). Let’s kick off this new decade by dedicating ourselves to a legacy that will withstand the ultimate test of time. Let’s not just have our names written in the Book of Life, but let’s make ourselves available tools to keep the story moving forward.

It is never too late in life to become part of God’s story — Abraham is proof of that. Ask God how He would like to use you, and make yourself available and willing for His call.

Christen Limbaugh Bloom is the creator of Haplous, a Christian blog for women seeking peace in a stressful world. Her writing focuses on practical “baby steps” individuals can take when pursuing a relationship with God. Christen is a Missouri girl turned Manhattanite who loves God, her husband, iced coffee year-round, and connecting with other women. You can follow Christen’s blog on Instagram at @haplous_official and her website at www.haplousofficial.com. ​​​​​​
ADVERTISEMENT