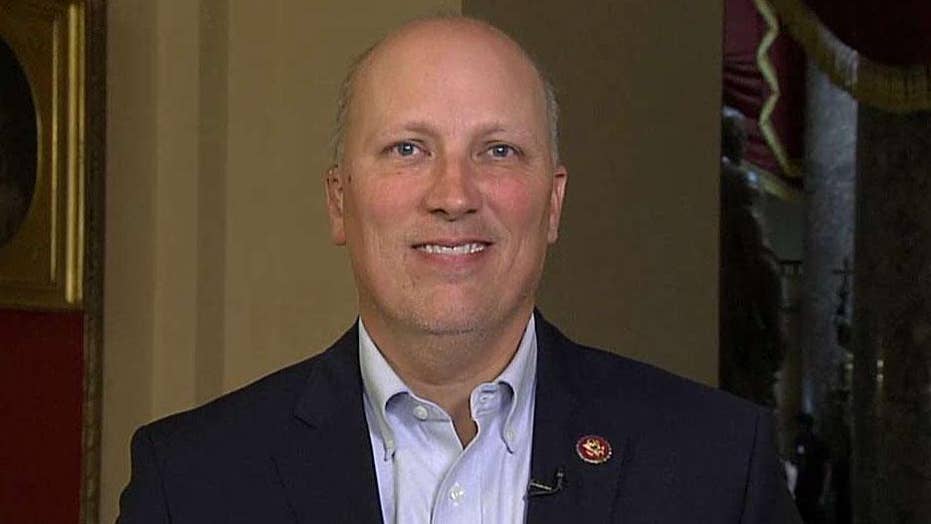 Speaker Pelosi and the Democratic Party won't do anything to fix the crisis at the southern border, says Texas Congressman Chip Roy, Republican member of the House Oversight and Budget Committee.

The state of the southern border of the United States is weak and the political class is to blame.

If you believe we should enforce the rule of law and know who is coming and going from our nation while screening for criminals and terrorists, then our border situation should cause you immediate alarm. The chances are that you are alarmed and are asking yourself, just as The New York Times editorial board asked this past weekend — why have our lawmakers failed to act?

First, it is important to note that the immigration crisis we face today wasn’t born overnight. For decades, Republicans and Democrats have botched border security and much-needed immigration reforms. Republicans, despite it being one of the party’s key promises in 2016, didn’t secure the border or do much of anything border-related when they had power last Congress.

Under the leadership of House Speaker Nancy Pelosi, D-Calif., and House Democrats, the 116th Congress has refused to so much as entertain anything to address the border, including funding for the Unaccompanied Alien Child Program run by the Department of Health and Human Services, because my Democratic colleagues fear giving the president and the minority party a "win."

We have an obligation to set aside partisanship and decide whether we are going to do anything or continue, as so many Congresses have in prior years, to bury our head in the sand and pretend there is not a problem.

The reality is that while Congress has historically failed and continues to fail, several powerful cartels have operational control of our southern border and are exploiting our asylum laws for profit. Those cartels are making upwards of $2 billion — an amount greater than the $1.375 billion my Democratic colleagues provided for border security earlier this year —trafficking hundreds of thousands of human beings across our border.

Politicians created a power vacuum. Cartels saw it, exploited it, and — frankly — are profiting off our ineptitude. With more migrants settled in the United States, cartels are seizing on the opportunity to make billions of dollars moving families to join them.

As you read these words, we have an unprecedented number of people flooding across our border. For three consecutive months, the Border Patrol has apprehended 100,000 or more migrants each month, culminating in 144,000 in May.

In excess of 675,000 migrants have been apprehended or deemed inadmissible at the southern border in the first six months of this Congress – a figure nearly double the number seen during the same period last year. We are on pace to apprehend 1 million migrants this year, of which roughly 90 percent are likely released at some point in the process because Immigration and Customs Enforcement and Customs and Border Protection are at max capacity.

It should come as no surprise that ICE and CPB are overwhelmed, as well as the facilities we have in place to process those who come here illegally. Just this past week in my district in San Antonio, Texas, hundreds of migrants from the Congo, who passed through our southern border, are being housed in the city because shelters they listed to immigration officials in the Northeast as their point of destination are at capacity. Now, San Antonio is scrambling to house, care for, and transport the migrants.

As if the sheer volume of migrants flowing across the border is not enough, large quantities of narcotics continue to pour into our communities and our homes both between and at ports of entry.

We know that we’ve apprehended 144 pounds of the dangerous narcotic fentanyl — a drug so dangerous that one sugar packet full can kill a room full of people — between the ports of entry alone from October to April this year.

A total of 6,162.99 ounces of heroin have been seized between ports of entry by Border Patrol agents alone in FY2019. Ninety-six percent was seized along our nation’s southern border. CBP has seized 9,235 pounds of cocaine between ports of entry in the last five months. The opioid crisis is skyrocketing, and most reports concur that the spike is now a direct result of illicit narcotics from China and other places traveling through Mexico.

As the most powerful nation the world has ever known, we have an obligation to set aside partisanship and decide whether we are going to do anything or continue, as so many Congresses have in prior years, to bury our head in the sand and pretend there is not a problem.

The truth to anyone being honest with themselves is that there is a humanitarian problem. It is far past time this body addressed it. We should act immediately in the following ways: fund President Trump’s $4.5 billion emergency supplemental  spending request; end catch and release; ensure that parents and children are kept together in custody while their cases are pending; close all loopholes in our broken asylum system; and ensure unaccompanied illegal immigrant minors are quickly and safely returned home.

If we choose to do nothing, we have the blood of migrants — suffering at the hands of cartels — on our hands.