China is betraying a level of strategic anxiety not yet seen as the impact of trade tariffs looms and its return to its historical power role in the Asia seems to have stalled.

On Dec. 20, Chinese Rear Adm. Lou Yuan, while speaking at a military trade conference, announced that what the United States feared most was casualties and that the easiest way to defeat China’s main rival was to sink two American supercarriers, killing over 10,000 sailors in the process. When that has happened, Admiral Lou announced, then “we’ll see how frightened America is.”

Lou’s statements were followed just a few days later by China’s president, Xi Jinping, who threateningly said China “reserves the option of taking all necessary measures” to ensure “peaceful reunification” with Taiwan, a democracy that has governed itself apart from China since 1949.  Xi added that Beijing was willing to “fight the bloody battle against our enemies,” and menacingly predicted: “Reunification is the historical trend and the right path, Taiwan independence is ... a dead end.”

This is a stark escalation of language. Taken with other examples of bellicose rhetoric that have increasingly issued from Beijing officials, it is clear that Xi Jinping and his supporters have been badly rattled by the recent events.

China’s leaders assumed after the 2008 global financial crisis that the Communist, centrally controlled economic state’s time had come. It would regain its historic role in the region. It could cast off the cloak of a peaceful rise to assume a hegemonic role in the Asia-Pacific region.

But Xi and his followers have watched their diplomatic, economic and military initiatives come up short, engendering increased resistance from other Indo-Pacific nations rather than the realignment China had expected. Now the Trump administration’s trade tariffs threaten to destabilize the Chinese economy, resulting in a cascade failure of Xi Jinping’s broader strategy and threatening to undermine the legitimacy of the Communist Party, hence the stronger and more strident attacks.

China’s desperate attempts to regain the momentum, however, betray an ignorance of the American culture.

China perceived the lack of strategic focus of the George W. Bush administration and the passive “lead from behind” foreign policy of the Obama administration as American decay and decline.  In reality, the foundational aspects of the American economy remain surprisingly strong and the American fighting spirit is not dead -- merely sleeping. Those who would believe that the sinking of two aircraft carriers would trigger an impulse toward retreat would do well to make themselves aware of the United States’ history and the impact events such as the sinking of the Lusitania, the attack on Pearl Harbor and the collapse of the World Trade Center had on the national psyche. What some have labeled the Jacksonian impulse could be described as a tendency toward great power rage. To be sure, it burns itself out. After all, the U.S. is considering leaving Afghanistan, 17 years later. 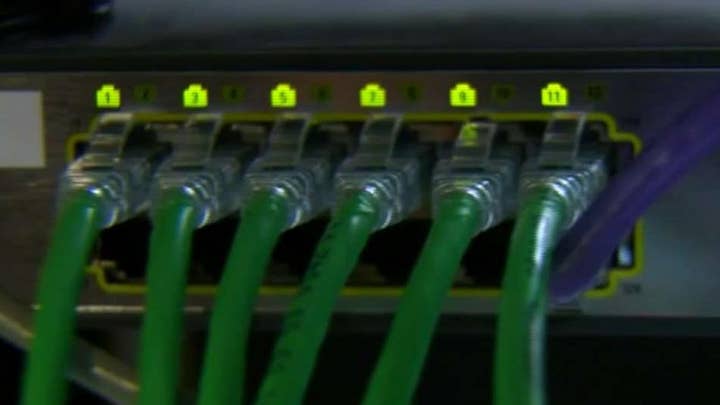 But make no mistake: Any attack upon a single U.S. aircraft carrier by long-range aircraft, cruise missiles or ballistic missiles would surely generate a response against the bases from which those weapons were launched, the sensors associated with them and the command-and-control nodes that directed them, and then the United States would turn its attention on the Chinese naval and merchant fleet.

Before China knew what was happening, it would be cut off from the overseas sources of energy and raw materials that fuel its import/export economy. Within weeks it would be without fuel and its factories would be shuttered. The American economy, established in a nation that has most resources domestically available, would be able to ride out the storm, even if China attempted to climb the escalation ladder and attack targets in North America.

For China, it is better to get its more bellicose voices under control and approach the bargaining table with the United States over trade issues in good faith and with an openness to real compromise on the economic issues that divide our two nations, rather than resorting to nationalist saber rattling.

Xi Jinping should try harder to understand his real strategic position while remembering that he who rides the tiger finds it difficult to dismount. There will be no return to global hegemony or Middle Kingdom status. China brought its candle out from under the basket too soon, and its broader, aggressive ambitions have been revealed.

As for the United States, it should follow the lead of President Trump and his new acting Secretary of Defense Patrick Shanahan, who between them have identified that we are in an era of great power competition that will require more effort and that the focus of that competition is China, and China and China.

Jerry Hendrix is a Vice President with the Telemus Group. He is a retired captain in the U.S. Navy.