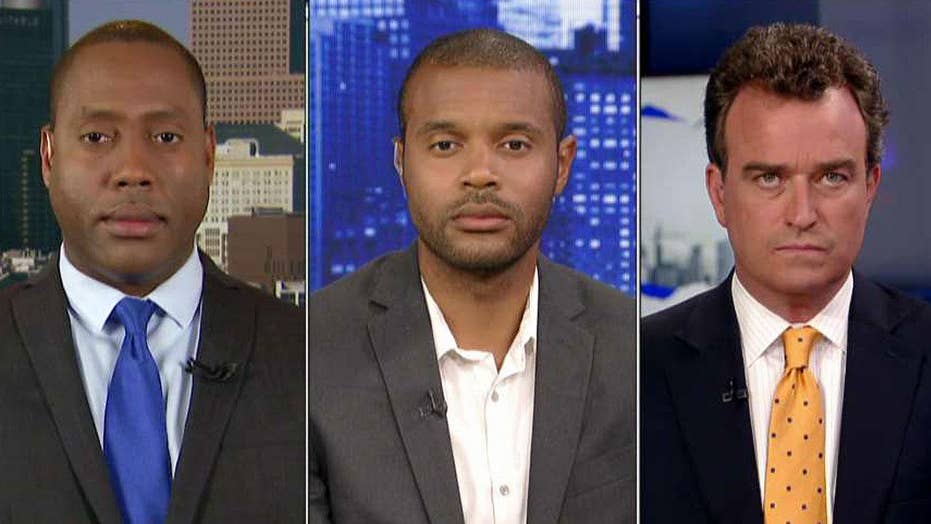 In the South during the Jim Crow era, the “one-drop rule,” codified into law, asserted that if a person had just one drop of African-American blood, they were considered “black.” I wonder what we’d learn if we gave former KKK leader David Duke and the “white nationalists” who caused havoc in Charlottesville last Saturday a DNA test to determine their racial makeup?

Dr. Henry Louis Gates Jr., a Harvard professor, discovered in “Finding Your Roots,” his PBS series on race in America, that there are no purebred humans. Gates himself discovered through a DNA test that he is descended from an Irish immigrant and a slave.

Duke and his neo-Nazi followers are responsible for the deaths of three people and for injuring 19 others as surely as if they had driven that car into the crowd themselves or crashed the Virginia state police helicopter dispatched to control the protestors, which claimed the lives of two officers.

The white supremacists marching in Charlottesville said they want to “take America back.” Take it back from whom and for what purpose? The left and the right occasionally convey a similar message. What is it about America that makes some people want to seize it from other people? Among other things, the demonstrators were upset that streets and statues memorializing men who led the South during the Civil War are being removed and replaced by those honoring men and women untainted by the stain of slavery.

The place to make their case is before elected representatives, or peacefully in the public square. They might ask how far those who want to abolish history wish to go. George Washington and Thomas Jefferson owned slaves. Are their accomplishments enough to overcome their flawed belief that African-Americans were inherently inferior to whites and, therefore, tailor-made for subjugation? Should the Washington Monument and Jefferson Memorial be destroyed or renamed? Should the images of Jefferson or Washington be removed from our currency?

Washington, our first president, led the Revolutionary War and is considered the founder of the nation. Jefferson founded the University of Virginia in Charlottesville and penned words in the Declaration of Independence that Frederick Douglass in the 19th century and Dr. Martin Luther King Jr. in the 20th century would refer to in an effort to hold America to Jefferson’s statement that rights come from our Creator, not government.

President Trump said Saturday that he condemned the “egregious display of hatred, bigotry and violence on many sides.” Many sides? This was not a case of moral equivalency, but of moral clarity. On Sunday, smarting from criticism that he hadn’t explicitly condemned white nationalists, a White House spokesperson released a statement denouncing the violence and naming “white supremacists, KKK, neo-Nazi and all extremist groups.” Trump finally bowed to growing pressure on Monday and uttered the words himself.

The Washington Post editorial board, with which I am not usually in agreement, was correct when it said Mr. Trump should have gone further. It suggested he might have said the following: “Under whatever labels and using whatever code words — ‘heritage,’ ‘tradition,’ ‘nationalism,’ — the idea that whites or any other ethnic, national or racial group is superior to another is not acceptable.”

The president should say no electoral victory is worth receiving votes from people who hate their fellow countrymen. He should also say that while he cannot prevent anyone from voting for whomever they wish, he will reject any endorsements coming from hate groups.

Not much can bring us together these days, but this kind of hatred should unite all Americans who have a spark of decency in their hearts.