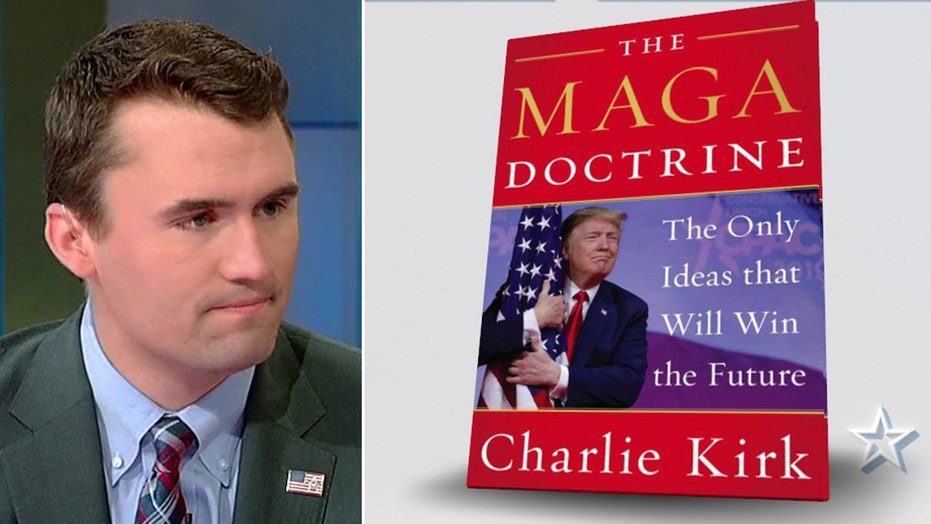 Charlie Kirk: Biden may be an easier matchup for Trump than Sanders

No man has completely controlled American politics the way President Donald J. Trump has. Not Reagan, not Roosevelt, not even Lincoln. No national news story is complete without including his most recent comments. No policy is worth discussing unless we know what Trump has to say about it.

The Democrats don’t seem to know what they stand for unless it’s socialism or the opposite of whatever Trump says.

Take Sen. Elizabeth Warren, D-Mass., as just one example. She recently introduced a bill to redirect funds from border security to “fight” the coronavirus. This as Chinese nationals have already been detained at the Southern border to be evaluated for the disease. Does she really want to open the border as a way to stop the spread of a deathly pandemic? Of course she doesn’t. She and other Democrats are politicizing a global health crisis to “own” Trump and it’s shameful.

Many Republican officeholders aren’t much better. Far too many have spent so much time away from their constituents they don’t know they’re on the wrong side of an issue until they hear Trump speak. Their constant grasping at illogical policies betrays an underlying truth about President Trump that none of his critics — on either side of the aisle — want to admit.

Trump is not simply shooting from the hip or governing on a whim — they are. He has a clearly defined framework and bases his decisions upon that system. They are the ones who have no definable playbook to counter his moves that often seem two steps ahead.

If you’re a Trump supporter, what I’m about to lay out should be a clear statement of what you’ve known all along but maybe struggled to put into words.

First, Trump believes in American sovereignty. He will always side with American citizens over those from other countries; he will always stand up for every day, working Americans over the “elites.” Those who love their families and their God; those who are doing things the right way. No matter how deranged his detractors get, this is a simple moral stance I am proud to get behind.

We were told that nothing could be done to reverse the devastating toll the last few decades have taken on American workers. We were told we could never protect the needs of the men and women punching the clock in middle America against the overwhelming forces of globalization. Trump rejected this conventional wisdom pushed by the ruling class in Washington. He defied the “experts” and was adamant that we could turn things around. He was right.

The final 34 months of former President Barack Obama’s term created 259,000 manufacturing jobs. The first 34 months of Trump's presidency produced 479,000. As a result, it no longer seems inevitable that China will surpass America as the world’s dominant economy.

Secondly, Trump represents a once in a generation, charismatic leader who is shifting the electoral map. Take Trump’s “public charge rule” that recently went into effect and will save taxpayers $1,600 per immigrant. This amounts to a $54.7 billion savings for Americans. Stopping the flow of low-skilled migrants (something Democrats used to say they supported) will help increase U.S. wages for America’s most vulnerable workers. It’s not that we’re not sympathetic to those migrants. We just need to start with the needs of the forgotten Americans first.

It’s these types of pragmatic policies that offer a better vision for Americans of all backgrounds, as opposed to the left’s increasingly hyphenated, tribal America where different subgroups of our population are constantly pitted against each other to drum up votes. This brand of positive, conservative populism isn’t bigoted or mean spirited — it’s common sense.

But the left has no way to comprehend the MAGA moment we’re in because they’re no longer grateful to live in America. They don’t want to make it great again. They want to “fundamentally transform” it.

I write in my new book "The MAGA Doctrine" that unlike the left, the president deeply loves America, and holds dear the values that made this the greatest country in the history of the world. He’s sided with those who’ve been chewed up by a government prone to political correctness, high taxes, the enrichment of our trading partners at our expense and appeasement of our greatest geopolitical foes like Iran and China. Many of these individuals are tired of seeing the government sympathize with non-Americans over them. They’re tired of the Democrats saying there’s no way to “wave a magic wand” to restore our economic might.

President Trump is revitalizing a nation that was in managed decline since Reagan. We must clearly define and articulate the MAGA Doctrine so we don’t squander the historic gains of the last three years.

Sometimes the left insults the president by saying he’s playing checkers, not chess. The irony is that he keeps beating all of his adversaries at whatever game they want to play. If we can properly understand the lessons he’s taught us, we can make sure the Trump moment becomes the Trump movement. One that helps conservatives win for generations to come.