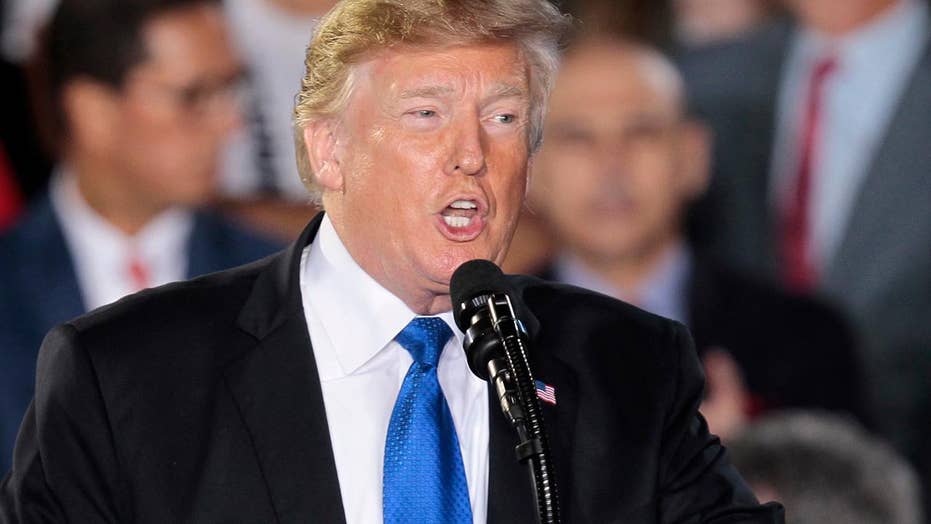 Can the Trump administration improve life for everyday Venezuelans?

President Trump gave a speech Monday in which he addressed the socialist-born crisis currently unfolding in Venezuela. He gave it in Miami to a crowd that consisted of many Venezuelan and Cuban immigrants – people who understand firsthand the powers and horrors of repressive government.

Venezuela is now at a critical juncture. The military must decide if it is going to continue supporting disputed president Nicolas Maduro, or permit a transition of power to opposition leader Juan Guaido, who has become the popular choice of the people and the preferred choice of the United States.

President Trump’s speech made very clear that the United States is watching Venezuela closely, and does not intend to sit idly on the sidelines and allow the despot Maduro to continue his disastrous rule.

CHARLIE KIRK: MY FELLOW MILLENNIALS, DON'T CONFUSE THE DREAM STATE OF THE SOCIALISTS WITH REALITY

As this socialist tragedy unfolds in Venezuela, my questions is this: Do the American people know how deadly socialism is, and how real the threat of it is here in the United States? I would pose this question especially to Millennials, who polls show are increasingly riveted by socialism.

What those Americans miss is that the Constitution works only if it is adhered to, and only if it remains. Right now, that Constitution is under attack institutionally and individually all around the country. The socialist movement is well underway. This is a defining moment in American history.

Democratic socialist congresswoman Alexandria Ocasio-Cortez of New York was not beamed in from a spaceship. She has lived there for most of her life and she has been “produced.” She has come through an educational system that is filled with people who believe in the ideas of socialism. She has lived around people who are motivated by their envy of others, who feel like victims, who believe they are entitled, and who think it is ok to take from the oppressive “haves” by any means necessary.

People start to yawn when you warn them about a move toward socialism. It seems abstract. But if you discuss the issues that arise from high taxes, oppressive regulation, seizure of private property, and dictating of individual behavior, people understand them, and they reject them.

Well guess what? Those are the four basic food groups of socialism.

People often point to Karl Marx when they talk about socialism. They shouldn’t. Jean-Jacques Rousseau, the Swiss philosopher of the 18th century, is the true intellectual founder of socialism and was an inspirational leader of the bloody French Revolution. Rousseau launched the attack against private property, which is at the core of socialist thought. If you take away what a person owns, you control what that person can do.

People in the United States who do not take the threat of socialism seriously, who do not think they have to wake up and fight against it, would do well to contemplate the words of 19th century Scottish philosopher Thomas Carlyle: “There once was a man called Rousseau who wrote a book containing nothing but ideas. The second edition was bound in the skins of those who laughed at the first.”