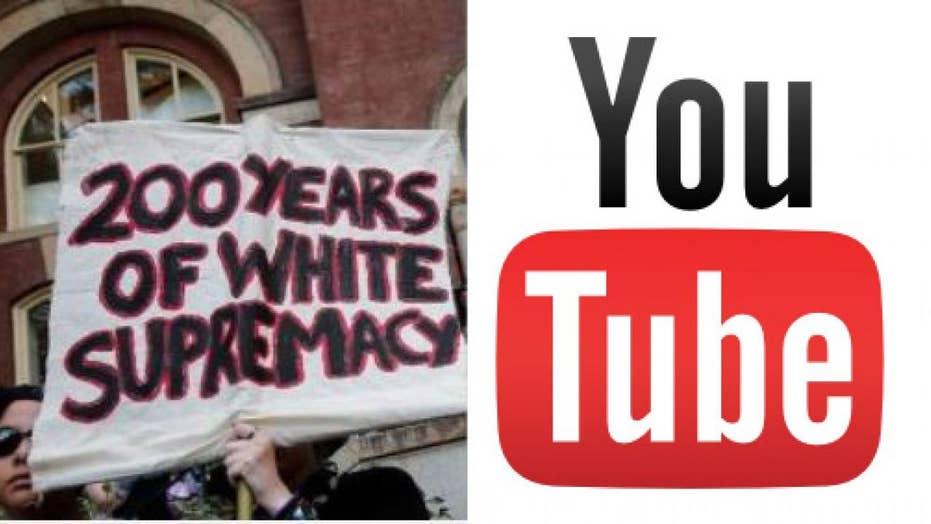 YouTube cracks down on white supremacist videos and conspiracies, thousands of channels will be removed

YouTube is cracking down on white supremacist content and conspiracy theories in an aggressive attempt to stop the spread of hate speech.

White nationalism, the belief that America is a white nation — or its underlying disorder, white supremacy, the notion that whites are superior to other races — is trying to find a foothold in the Republican Party.

As the head of the College Republican National Committee, I have witnessed how white supremacists have attempted to infiltrate student-led Republican groups at the campus level. I have also experienced the anger felt by young people who resent the covert insinuation of their racist agenda. The idea of white supremacy or white nationalism is offensive to them, just as it is to all Americans.

We have taken action against members who, in our view, cross the line by advocating for white nationalism or racial supremacy. After the 2017 "Unite the Right" rally in Charlottesville, we pressured a chapter president at Washington State University to resign when it came to light that he was a speaker at the event.

We are not alone in this regard. Other Republicans have acted just as promptly. After repeatedly making remarks widely perceived as racist, Rep. Steve King, R-Iowa, was stripped of his committee assignments in January by fellow House Republicans.

Unfortunately, racism in all its forms is persistent. It burrows in, and once fastened on its object, becomes hard to dislodge.

This is not a Donald Trump problem, either, as his critics like to claim. David Duke, a former Ku Klux Klan wizard, won a Louisiana state representative seat in 1989 after changing his party affiliation from Democrat to Republican, despite condemnation from the state and national Republican party.

Similarly, Democrats have had to contend with anti-Semitism in their own ranks, and distance themselves from dangerous voices like Nation of Islam minister Louis Farrakhan.

Neither of the major political parties is untouched by the forces of hatred and bigotry. People with objectionable views have found each other on social media. Before the internet, individuals with unpalatable viewpoints tended not to talk to people at work, at church or in other social settings about their fringe beliefs. Now Facebook, Twitter, Reddit and other sites have given them pathways to create communities of like-minded individuals, so while their numbers may not be increasing, their influence appears to be growing.

The question is: What are we going to do about it?

The answer, for Democrats and Republicans, is to hold people accountable for the words that they use, and to create distance from the peddlers of prejudice. And to do so loudly, and repeatedly if necessary.

At the July 11-14 College Republican National Committee's Biennial Convention, we will be making it crystal clear that racial divisiveness has no place on our college campuses, and that students who belong to our organization are committed to treating people with respect and defending the God-given dignity of every person.

The resolution to be voted on by delegates reads:

Whereas in the United States, the founding fathers believed that "all men are created equal," and that each person possesses the same opportunity and right to pursue happiness; and

Whereas the people of our nation are united by love of country and the ideals of democracy, freedom, and equality of opportunity, which compose the essential elements of the American Dream; and

Whereas according to the Anti-Defamation League, white supremacist propaganda on college campuses is on the rise; and

Whereas according to FBI statistics, hate crimes nationwide increased over the last three years;

Unfortunately, racism in all its forms is persistent. It burrows in, and once fastened on its object, becomes hard to dislodge.

Constant vigilance is required, and when racism is uncovered or reveals itself, silence is not an option.

Chandler Thornton is the national chairman of the College Republican National Committee.