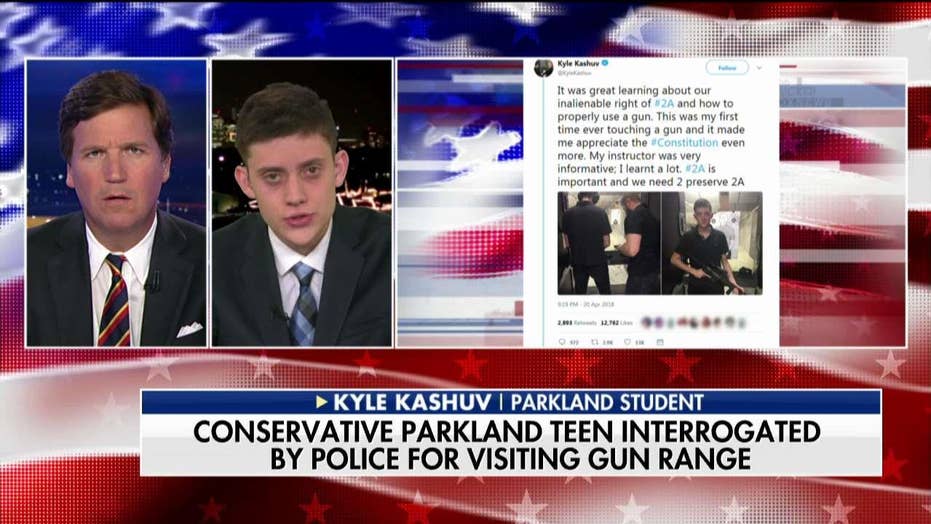 He has the grades and the test scores: a 3.9 GPA and 1550 on his SAT. He has the extracurriculars. For almost a year, Kyle served as the high school outreach director for Turning Point USA, organizing young conservatives throughout the country. He even has an acceptance letter welcoming him to the Harvard College Class of 2024. But Harvard has rescinded that acceptance after a political adversary of Kashuv's leaked a years-old Google Doc on which he had written the "n-word" and other offensive terms.

Kashuv promptly apologized for the childish private remarks. "We were 16-year-olds making idiotic comments, using callous and inflammatory language in an effort to be as extreme and shocking as possible," he wrote. "The comments I made are not indicative of who I am or who I’ve become in the years since."

Of course not. I suspect the comments do not reflect even who he was at 16. On the leaked Google Doc, Kashuv also wrote, "f*** my a** now NOW" and "I WILL LITERALLY F*** YOUR UGLY A** DOG." Either Kyle leads a secret double life as a zoophilic, gay racist, or he, like all teenagers, said something outrageous among his friends for shock value.

The left doesn’t mind double standards. Ralph Northam posed in either blackface or a Ku Klux Klan outfit on his medical school yearbook page, and he remains governor of Virginia. But Northam is a Democrat, and Kyle is the most prominent 18-year-old conservative in the country.

How many other students admitted to Harvard have ever written or uttered an offensive phrase or racial epithet — even jokingly, even just once? How many have ever sung along to a rap song or quoted a Quentin Tarantino movie? Does the Harvard Admissions Office plan to investigate the private teenage chat logs of the 2,000 students it just admitted?

Surely the admissions officers themselves, up to and including Dean of Admissions William R. Fitzsimmons, have never uttered an untoward remark or made an off-color joke in private. Perhaps some enterprising journalist ought to examine all of their private correspondence from age 16 onward just to make sure.

The cruel irony is that, while there is no evidence that Kyle Kashuv harbors any actual racial bigotry, there is plenty of evidence that Harvard does. Plaintiffs in a major racial discrimination lawsuit against the university introduced evidence last year demonstrating that Harvard systematically disadvantages Asian-American applicants.

Fitzsimmons himself admitted that Harvard sends recruitment letters to black, Hispanic, and Native American students with SAT scores around 1100. White students need another 210 points to receive an invitation. Asian women require an extra 40 points on top of that. Asian men need an additional 30 points.

Harvard’s racial bigotry becomes even more pronounced once students apply. The admissions office scores applicants according to five separate categories: "academic," "extracurricular," "athletic," "personal," and "overall.” According to the plaintiffs, Harvard consistently rates Asian American applicants lower than others in the "personal" category on traits such as "integrity," "courage," being "widely respected," "kindness," having a "positive personality," and "likability." (Harvard doesn’t find Asians "likable.")

Kashuv made racially offensive jokes at age 16, for which he has lost the opportunity to attend Harvard or, at this point, any other college this year. Harvard actively discriminates against applicants on the basis of race today. The left doesn’t mind double standards. Ralph Northam posed in either blackface or a Ku Klux Klan outfit on his medical school yearbook page, and he remains governor of Virginia. But Northam is a Democrat, and Kyle is the most prominent 18-year-old conservative in the country.

It’s not that the left rejects redemption. Grace abounds for those who keep the faith. But Kyle committed the unforgivable sin of espousing conservatism. For the gatekeepers of our culture, until he recants his political views, no apology could ever suffice to redeem him.