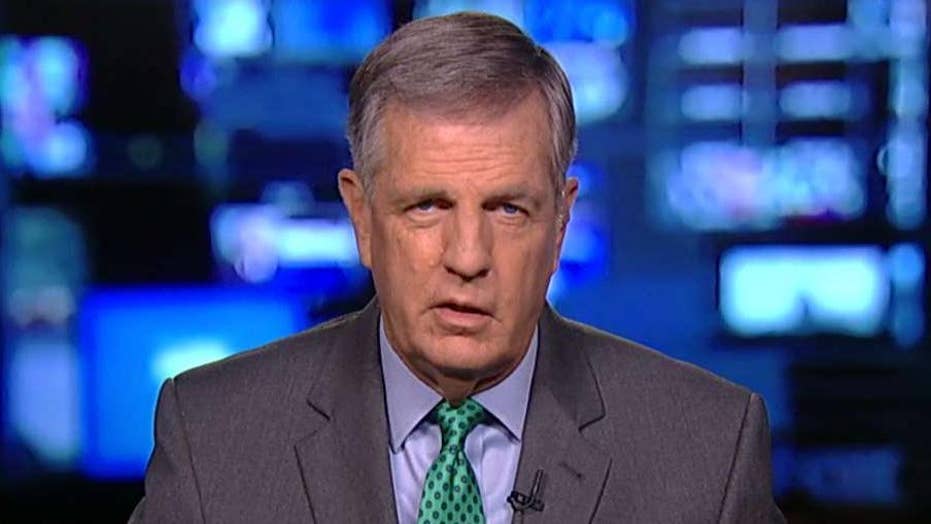 Brit Hume on challenge facing Nancy Pelosi and the Democrats in 2020.

Democrats don't want to lose the energy from the far-left wing of the party but seek to emphasize a center-left agenda that will appeal to a broad cross-section of voters, says Fox News senior political analyst Brit Hume.

Progressives may be getting most of the media attention, but House Speaker Nancy Pelosi, D-Calif., seems committed to keeping this small yet vocal group within the House Democratic caucus in check.

In a recent New York Times interview, Pelosi indicated she believes that Democrats’ road to success in 2020 will be paved down the middle, and not the far-left lane of political ideology.

I believe Pelosi is right.

Pelosi is a pragmatist, while still holding her firm onto her principles. She is clear in her criticism of President Trump and his administration.

Yet Pelosi stops short of giving in to the calls for impeachment. She knows impeachment is both a futile exercise and bad politics for many Democrats in competitive areas across the country.

The speaker has declined to support both the Green New Deal and “Medicare-for-all.” But she has presented more realistic policy alternatives that also aim to improve the environment and health care.

Yet Pelosi stops short of giving in to the calls for impeachment. She knows impeachment is both a futile exercise and bad politics for many Democrats in competitive areas across the country.

Pelosi’s leadership role was challenged twice by fellow Democrats who voiced concerns that the veteran lawmaker was too old, too out of touch and too much part of the coastal elite to lead House Democrats now.

At one point, I was part of that chorus of Democrats who raised concerns about Pelosi and advocated for a new generation to take over the reins.

But Pelosi has shown by her actions as speaker the second time around that she is one of the few Democrats skilled and savvy enough to take on President Trump. She understands that in order to hold onto the majority, House Democrats cannot be saddled by controversial votes that could alienate the electorate back home.

Pelosi’s approach is the right one to win both the House of Representatives and the White House. Democrats cannot win without bringing Trump supporters back into the fold.

It’s hard to convince a Trump voter to have an open mind if all that Democrats stand for is attacking or impeaching Trump. Independent voters are also key to any campaign’s success. Embracing far-left policies could also alienate this key voter block.

It is hard to tell if enough House members and candidates, or Democratic presidential hopefuls, will heed the sage advice Pelosi is giving. If they don’t, it could spell doom in 2020.

In her New York Times interview, Pelosi did not just say that Democrats need to “own the center-left” and the “mainstream” to win. She also said Democrats need to follow this formula to win big in the next election because she fears that President Trump will not accept the outcome if Democrats do not win decisively.

This is a striking statement, mostly because there are indications it is true. President Trump has a pattern of indicating that he is skeptical about election outcomes, especially if they are close.

In 2016, Trump remarkably said he would accept the results of the presidential election if he won. Over the last several years, Trump has made a variety of statements undermining the integrity of the electoral process and planting seeds about possible voter fraud in the minds of the American people.

For example, Trump tweeted about ballots supposedly being foraged in Florida after the gubernatorial and Senate races were too close to call.  Even before Election Day, the president was tweeting about the possibility of illegal voting occurring in the midterms.

So it’s no wonder that Pelosi was concerned that Trump would have challenged a Democratic House majority if it were achieved by a slim margin.

I am both saddened and angered that our political system is so dysfunctional that the outcome of duly administered elections – the backbone of our representative democracy –  can be so easily undermined or dismissed that winning an election is not enough.

We’re now told you have to win big to prove you deserve to be there. I wonder what George W. Bush and Al Gore would think.