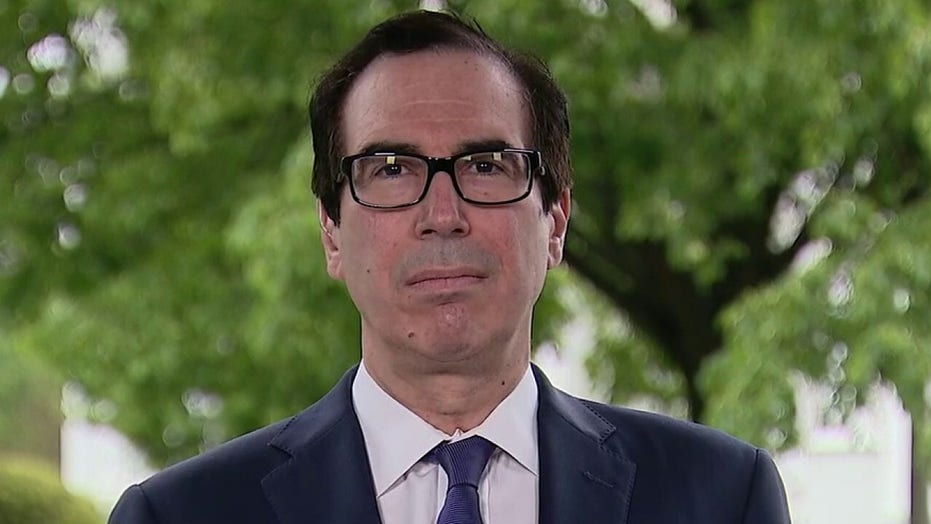 Secretary Mnuchin on expectations for restarting US economy, new relief for small businesses

The Wall Street Journal, which is generally considered conservative when it comes to economic issues, published a front-page story last Monday with this headline: “Coronavirus Means the Era of Big Government Is Back.”

Rahm Emanuel, former chief of staff for President Obama and a former mayor of Chicago, is quoted as saying: “The era of Ronald Reagan, that said basically the government is the enemy, is over.” He didn’t mention former President Clinton’s remarks after his party received an electoral drubbing in the 1995 off-year election. In his State of the Union address on Jan. 23, 1996, Clinton said, “The era of big government is over.”

Clinton added: “We can’t go back to a time when our citizens were just left to fend for themselves.” That has always been a false choice. The issue is what is government’s responsibility and what is the responsibility of the individual?

LT. GEN. RICHARD NEWTON: CORONAVIRUS SHOWS US NATIONAL SECURITY WILL DEPEND ON THIS

The founders wanted government to be limited so the people would be unlimited in their pursuit of whatever made them happy. Today’s government thinks it can make people happy by dishing out gobs of cash with no end in sight. It is a form of vote-buying designed to keep politicians in office, enjoying benefits unique to them.

Here’s the way it seems to work today: If you work hard, don’t take drugs, live within your means, get married before having children and stay married, and operate your business with integrity, you are penalized with regulations and ever-higher taxes to pay for those who live irresponsibly, or who embrace “victimhood.”

No, we don’t want everyone to “fend for themselves,” but if government is to be involved in the lives of the poor, for example, the objective should be to help them become self-sustaining so they no longer need government. And if they continue to make wrong decisions harmful to themselves and to the country there should be consequences, not subsidies, to bring them to their senses.

The Wall Street Journal story reminds readers of previous crises, when government expanded to meet military and civilian needs, but only partially returned to its constitutional boundaries when the threats ended. When people become addicted to government and see it as a cash machine, they become hooked.

Politicians then seek to outbid each other to prove their “compassion” and the debt grows with no endpoint. Massive debt has contributed to the collapse of great empires and superpowers in the past, and there is no guarantee the United States will escape a similar fate if we don’t change our ways and expectations.

I have long argued, as former Speaker of the House Newt Gingrich, R-Ga., once did, that we need a bipartisan commission to conduct a top-down audit of government and government programs. If Americans can be shown how unnecessary, overreaching, costly, and unconstitutional government will damage this and future generations, perhaps they will join those few politicians, like Sen. Rand Paul, Kentucky Republican, who regularly speak about the danger of national debt.

There are so many outmoded, irrelevant and unnecessary government agencies and programs. The commission could start with the most extreme and laughable ones. Then, it could move onto entitlement programs that are desperately in need of reform. That’s what occurred with the Base Realignment and Closure Commission. In 2005 that bipartisan commission recommended the shutdown of military bases that were no longer needed, saving taxpayers millions of dollars.

If we don’t do something to reverse the debt, other than raising taxes on the productive in order for Congress to continue its irresponsible spending, America as we know it may cease to exist. In fact, America, like great nations of the past, may expire.