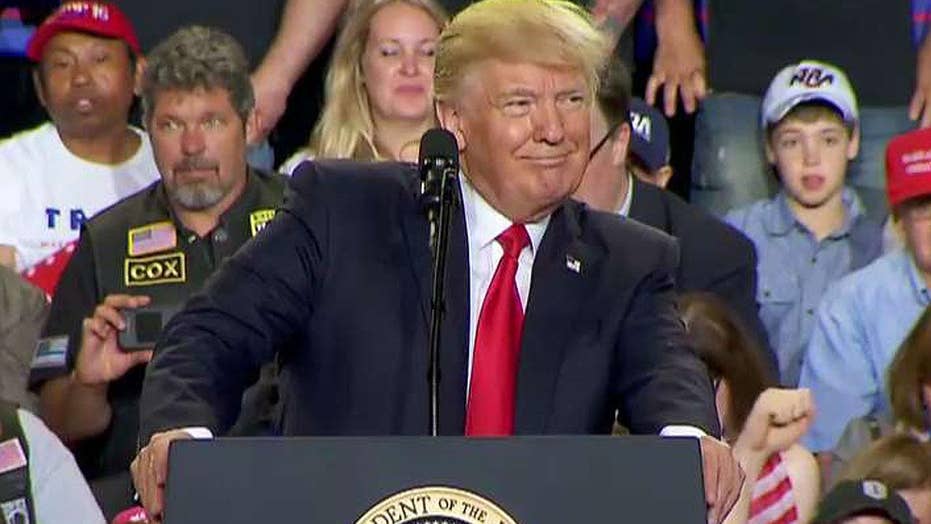 President fires up Pennsylvania crowd: I'd rather be here while Hollywood, media console themselves in D.C. swamp

President Trump and I have something in common. We were both invited to last Saturday’s White House Correspondents’ Dinner and we declined.

Beyond the less than funny standup act by the “comedian” Hasan Minhaj (I never heard of him until Saturday night), was another example of the denial that has imperiled the once noble profession of journalism.

Bob Woodward and Carl Bernstein were there to bask in their long-past glory days as the Watergate reporters who helped bring down Richard Nixon. The UK Daily Mail, which often does a better job covering Washington than many of those at the dinner, wrote: “Bernstein was applauded raucously for his repeated use of the word ‘lies,’ a word which has become freighted with meaning as a series of mainstream media outlets have put aside years of convention to accuse Trump of lying directly — something most did not even do to Bill Clinton at the height of the Monica Lewinsky affair.”

And it’s not just Bill Clinton. The media didn’t call former President Barack Obama a liar either when he made promises about health care or referred to the “red line” in Syria. Major media never called Clinton and Obama liars because their philosophy often aligns with Democrats, as revealed in numerous polls.

When it was time for him to speak, Woodward uttered these immortal lines: “Mr. President, the media is (sic) not fake news.”

Leaving aside the grammatical error (the media are plural, though not politically pluralistic), Woodward and the audience may think that of themselves, but it’s not what large numbers of Americans think. What other business operates like that? By its insensitivity to what readers and viewers believe about reporters and anchors at the big newspapers and TV networks, too many in my profession are like the person with lung cancer who keeps smoking, believing his frequent coughing is due to a bad cold.

Days before the dinner, an opinion poll by Morning Consult, a media and technology company specializing in polling and market research analysis, found that “…roughly half (51 percent) of Americans said the national political media ‘(are) out of touch with everyday Americans,’ compared with 28 percent who said (they) “understand the issues everyday Americans are facing.”

Do the deciders of what to cover and what not to cover (bias can also be observed in what is not reported) ever sit with people who don’t trust them, refuse to subscribe to their newspapers and don’t watch their news programs and address their concerns?

I have. These conservatives tell me the major media rarely present their views fairly and accurately, if at all. They see the media fixated on cultural issues like transgender rights and same-sex bathrooms. They read and see liberals treated as compassionate folks who care about people while observing conservatives portrayed as humorless, hate-filled and overly concerned with the accumulation of wealth. Who needs to read and watch that every day?

To their credit, The New York Times recently hired pro-Israel and sometimes conservative columnist Bret Stephens away from The Wall Street Journal. The Times also has Peter Wehner, a former aide to Ronald Reagan, George H.W. Bush and George W. Bush, as a contributing columnist. Though a frequent critic of Trump, Wehner is a thoughtful man who also does a credible job of addressing religious and cultural issues.

That’s a start and the Times has acknowledged it has a perception problem.

If others recognize the problem they have with news consumers who have gone elsewhere (and not always to the best places) for their information, they might see their approval numbers improve and readers and viewers return.