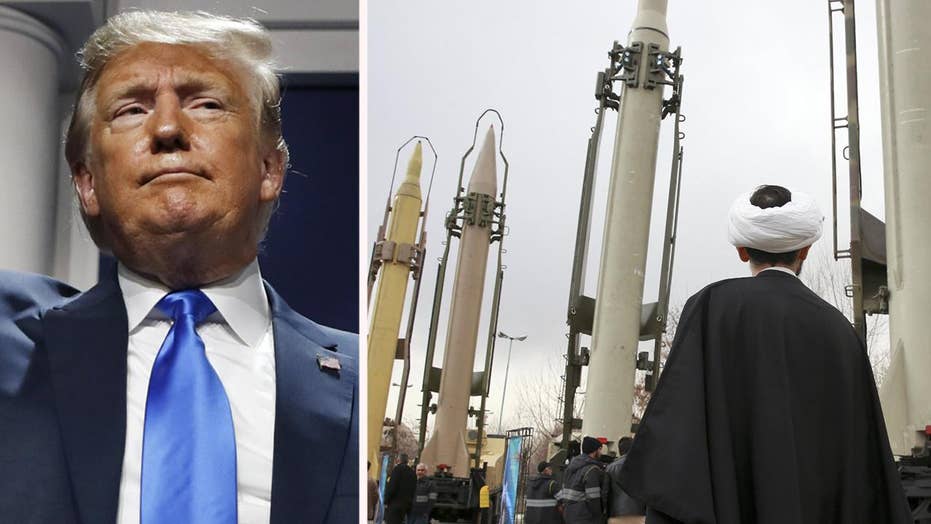 President Trump has designated Iran’s Islamic Revolutionary Guard Corps (IRGC) a foreign terrorist organization (FTO). It’s about time. Other administrations might have done it, but didn’t.

In a statement, the president said, “The Iranian regime is the leading state sponsor of terror. It exports dangerous missiles, fuels conflict across the Middle East, and supports terrorist proxies.”

This is not exactly breaking news, but Trump has applied the right label to behavior that defines terrorism. It is the first time, says the White House, that the United States has designated part of another government an FTO.

BRETT VELICOVICH: DESIGNATION OF IRAN’S IRGC AS A TERROR GROUP IS LONG OVERDUE

The administration’s goal is to “…increase the financial pressure and isolation of Iran and deprive the regime of resources it uses for its terrorist activities.” One wishes the U.S. could recover the $400 million sent to Iran by the Obama administration in what appeared to be ransom for four Americans held hostage by the regime. It was money that likely is being used to subsidize Iran’s worldwide terrorist activities.

The Trump administration also charges Iran with operating what appear to be legitimate businesses, but are actually fronts for accomplishing Iran’s terrorist goals. Something they might have picked up from the Mafia.

Memories can fade quickly, so a recounting of just some of Iran’s terrorist activities over the years might help focus the mind and add justification for the administration’s action.

When the Shah of Iran was forced out in 1979 with the assistance of the Carter administration, the religious leadership that replaced him established the IRGC, ostensibly to promote government social policy. It quickly became an organization through which funding was provided to entities designated by several countries as terrorist groups. The IRGC has roughly 150,000 military personnel, including ground, aerospace and naval forces, and along with the Quds Force, one of its warfare units, became a major trainer of Islamic terrorists.

The U.S. government has blamed groups supported by Iran for the deaths of American soldiers in Afghanistan and Syria and during the Iraq war. These groups are also a constant threat to Israel, which several Iranian religious leaders have vowed to one day eliminate.

Hezbollah has reportedly been a chief beneficiary of Iranian support. That terrorist organization, which Iran claims is an anti-Israel “liberation” group, has gallons of blood on its hands, from incidents too numerous to recount in full detail.

Here are just some examples gleaned from a simple Google search: A van filled with explosives was blown up in front of the U.S. Embassy in Beirut in 1983, killing 63 people, including the suicide bomber and 17 Americans. That same year, barracks housing U.S. Marines and French peacekeepers was bombed, killing 241 Americans and 58 French. An American federal judge ruled that Hezbollah was responsible for the attack on orders from the Iranian government.

The hijacking of TWA flight 847 in 1985 during which 39 Americans were held hostage for weeks and a U.S. Navy sailor was murdered. A Jewish community center in Argentina in 1994 was bombed, killing 85 people. Hezbollah admitted responsibility. The Khobar Towers, a U.S. Air Force housing complex in Dhahran, Saudi Arabia, was bombed in 1996, killing 19 U.S. service members. In 2006, a federal judge ruled Iran was responsible.

Why did it take other administrations so long to respond to the obvious? It should be the policy of the U.S. government to support Iranians who have shown at the ballot box and in street demonstrations, brutally suppressed by the regime, that their wishes for an Iran free of fundamentalist religious dictators must be realized for the sake of Iranians and for the stability of the region.

President Trump has taken an important first step in designating the IRGC a foreign terrorist organization. He should be joined by other nations, which also have a strong interest in deterring terrorism within their borders. The ultimate goal for every nation that faces threats from the Iranian regime should be the removal of its current fanatical leaders.