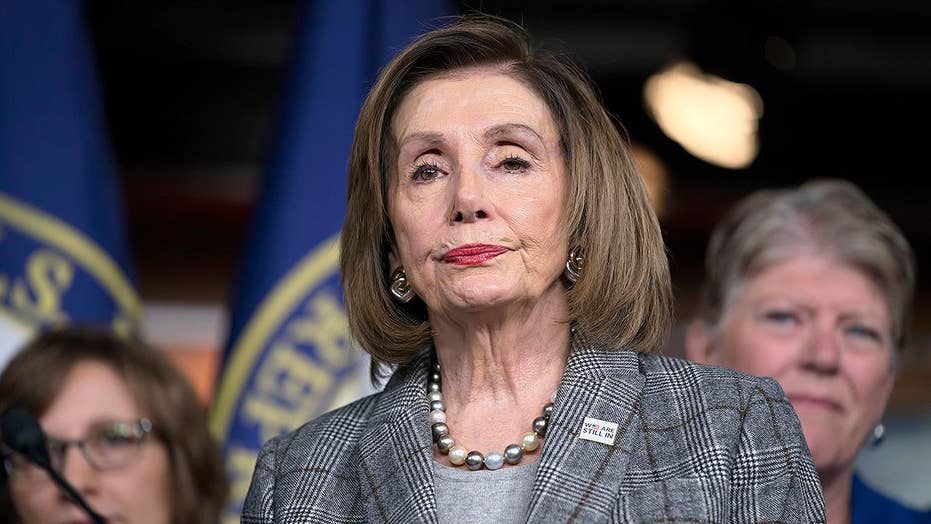 Apologies to Elton John, but in Washington and throughout so much of the country, can you feel the hate tonight?

House Speaker Nancy Pelosi was asked by reporter James Rosen if she hates President Trump. She responded with an “if looks could kill” fire in her eyes and denounced Rosen for his question while claiming she doesn’t hate Trump.

Former Vice President Joe Biden verbally attacked and challenged an 83-year-old man in Iowa to a push-up contest at a gathering of Democrats. The man asked about Biden’s son and how he managed to get a lucrative job with a Ukraine gas company while lacking any experience in the field. Biden called him a “damn liar.”

George Washington University law professor Jonathan Turley testified before the House Judiciary Committee that although he didn’t vote for President Trump and is not a Trump supporter, he doesn’t believe the president has committed impeachable offenses. For his honesty, “My home and office were inundated with threatening messages and demands that I be fired from George Washington University.”

While some blame President Trump for the rhetorical escalation, that is too simple an explanation. I think the real problem for Democrats in general and the far left, which dominates the party, in particular, is that the president is winning. He has stolen success from failed Democratic policies, and the only response Democrats have is impeachment. They must destroy his presidency or risk their own destruction.

Consider the most recent jobs report and the stock market reaction. CNBC summarized the good news:

— “The end of the GM strike had a big effect, boosting employment in motor vehicles and parts by 41,300, part of an overall 54,000 gain in manufacturing.”

— “Average hourly earnings rose by 3.1 percent from a year ago, slightly above the 3 percent expected by economists polled by Dow Jones.”

African-American and Hispanic unemployment are at record lows. Could the result be more support for the president and other Republicans from African-Americans and Hispanics in the 2020 election? Three recent polls — Emerson, Marist and Rasmussen — show the president at 30 percent approval or higher among black voters. As candidate Trump said during the 2016 campaign, African-Americans have been voting for Democrats for decades and what have Democrats done for them? He urged them to try someone else, namely him.

This is what scares and angers Democrats. If they lose significant numbers of black voters, they’re toast. Democrats have taken the black vote for granted. They have talked a good game but failed to deliver with jobs and better education opportunities — such as school choice.

If the hatred seems bad now — and it is — imagine what it will be like should President Trump have the opportunity to name another justice to the Supreme Court. It will make the hatred directed at Brett Kavanaugh seem tame.

Government has become a god to the left. If they aren’t controlling it, they become out of control. If they aren’t addicting more people to government, they are losing them, as those who have been dependent on government become more independent and self-reliant.

With House Democrats contemplating a vote on articles of impeachment against the president before Christmas, we seem to be closer to “peace on Earth” than we are to “good will to men” (and women).