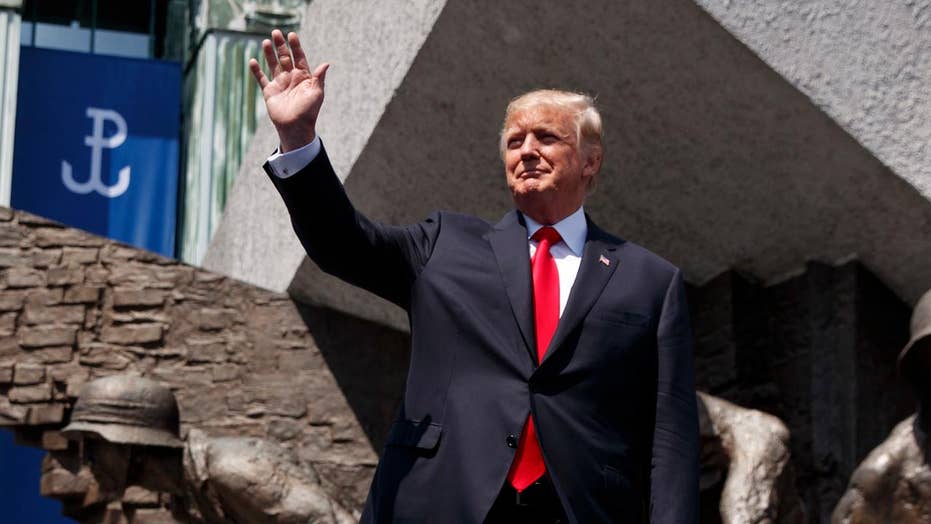 Political panel weighs in on the president's address in Poland

PLYMOUTH NOTCH, Vermont — When was the last time you heard a member of one political party praise a member of the other party?

Here in this hamlet nestled among the Green Mountains, former Baltimore Democratic Mayor Kurt Schmoke rose to speak well of our 30th president, Calvin Coolidge, a Republican. The occasion was the annual celebration of Coolidge’s birthday on July 4, the only president born on the day we celebrate America’s birth.

Perhaps it takes the death of one and the absence from public office of another (Schmoke is now president of the University of Baltimore) to cool political passions, but the former mayor’s respect for Coolidge’s commitment to civil rights for African Americans and full voting rights for women long before both movements got moving was, itself, moving.

Schmoke quoted from a commencement address Coolidge delivered on June 6, 1924 at Howard University, a historically black college founded in 1867. The previous year, 29 black people were lynched in the U.S., according to Historical Statistics of the United States. In 1924, there would be 16 more.

Coolidge was vehemently opposed to inequality. He said, “The nation has need of all that can be contributed to it through the best efforts of all its citizens. The colored people have repeatedly proved their devotion to the high ideals of our country. … The propaganda of prejudice and hatred which sought to keep the colored men from supporting the national cause (WWI) completely failed. The black man showed himself the same kind of citizen, moved by the same kind of patriotism as the white man.”

His phraseology for African Americans may reflect the time, but his ideas did not. And the Howard speech wasn’t a one-off. Coolidge made a similar pronouncement in his first State of the Union address on Dec. 6, 1923: “Numbered among our population are some 12 million colored people. Under our Constitution, their rights are just as sacred as those of any other citizen. It is both a public and a private duty to protect those rights.”

Coolidge lost every Southern state in the 1924 election, but won all the rest, save Wisconsin, taking 54 percent of the popular vote and 72 percent of the electoral vote.

It would be 40 years before President Lyndon Johnson, a Democrat, signed civil rights legislation recognizing rights that Coolidge (and Thomas Jefferson) believed were endowed to all human beings by their Creator, but Coolidge showed the way.

In his autobiography, Coolidge wrote of an America that is mostly forgotten, but which cries out to be reclaimed: “The neighborhood around the Notch was made up of people of exemplary habits. Their speech was clean, and their lives were above reproach. They had no mortgages on their farms. If any debts were contracted they were promptly paid. Credit was good and there was money in the savings bank.”

He learned from his father what he called “the practical side of government.” He said he, “understood that it consisted of restraints which the people had imposed upon themselves in order to promote the common welfare.”

About taxes he said he learned that when “taxes were laid, someone had to work to earn the money to pay them. I saw that a public debt was a burden on all the people in a community and while it was necessary to meet the needs of a disaster it cost much in interest and ought to be retired as soon as possible.”

Doesn’t all of this — from Schmoke’s kind words about a member of the opposite political party, to Coolidge’s innate decency and fairness toward all, seem like another country?

It wasn’t. With notable exceptions, it was largely practiced — and expected — in an America not that long ago. Today’s America is in desperate need of rediscovering what Vermonters then saw as self-evident truths.