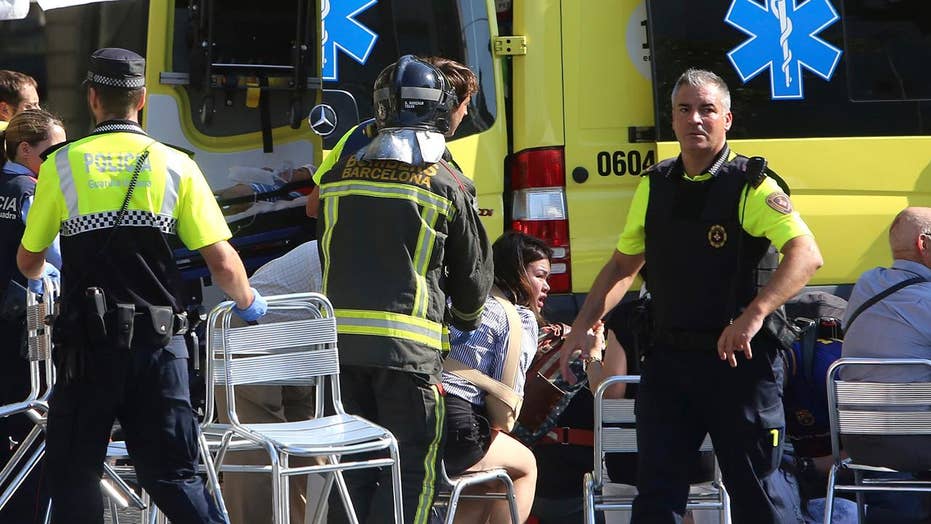 What the US can learn from the Barcelona terror attack

The National Safety Council estimates that more than 400 people may be killed in car crashes over this Labor Day holiday weekend. And it says traffic fatalities claimed the lives of an estimated 40,200 people on U.S. roads in all of 2016. Yet traffic deaths often don’t make national news, unless someone famous is involved or a large number of people are killed in a single accident.

My own search of public databases shows that since the year 2000, 170 people have been killed in the entire world in about 40 attacks by cars, trucks and vans driven by terrorists and people deemed mentally unstable. That works out to an average of about four people killed per attack, although loss of life is greater in some incidents and less in others. These attacks frequently draw heavy worldwide media coverage.

Why? Because psychologists tell us that even a relatively small amount of violence – when it is random and theoretically appears to make every one of us a potential target – has enormous power to fill us with fear. The public demands that something must be done, whatever the costs or societal effects. In that sense, terrorism works.

I bring up these statistics not to downplay the seriousness of terrorism using vehicles, or to minimize the tragedy of the deaths and injuries suffered by its victims. But it’s important to understand how rare vehicular terrorism is when determining how far society should go in trying to prevent it and how much should be spent at the local, state and national level to protect against this frightening but infrequent threat.

This leads to uncomfortable questions: Do expensive measure to reduce vehicular terrorism represent a good investment? Couldn’t more lives be saved by spending the additional money to make roads and vehicles safer, so more people could avoid and survive accidents?

Airline hijackings came to define terrorism in the 1970s, as did suicide bombings in the 1980s. Now the use of vehicles to mow down pedestrians is becoming increasingly commonplace.

Two vehicular terrorist attacks in Spain in August, which claimed 16 lives, are the latest examples of the chilling new trend of terrorists turning vehicles into deadly weapons.

The attacks have added urgency to discussions of what can be done to reduce vehicular terrorism. In the lexicon of the security world, these ideas come under the heading of “hostile vehicle mitigation measures,” and they include a broad range of possibilities.

Mitigation, not prevention, is the operative word here. Cities are filled with pedestrians and vehicles, in some cases separated by mere inches. Many of the measures to reduce vehicular terrorist attacks would be disruptive and costly, and could easily be circumvented.

If we want to do more to combat terrorists using vehicles to kill innocent men, women and children on our streets and sidewalks, here are 10 potential mitigation measures, along with their benefits and potential downsides.

Armed police: More armed police can be deployed to increase surveillance and respond more quickly to an event. However, the time between a moving car or truck suddenly veering into pedestrians and a street filled with casualties is a matter of seconds – rapid response is still good, but cannot prevent carnage. But putting more police on road surveillance reduces the number available for other important duties. And hiring more police is an expensive proposition.

Increased surveillance: Theoretically, algorithms could be developed to help car rental companies identify out-of-the-ordinary rentals, much like airlines use similar methods to identify passengers meriting greater scrutiny. This could prompt crosschecking with existing databases. But it will not prevent terrorists from borrowing or stealing vehicles, or using their own. And it is sure to raise privacy concerns.

Pedestrian barriers: The fences between sidewalks and the street that now prevent jaywalking or street crossings at dangerous intersections can be strengthened and expanded. This complicates street parking, but parked cars are themselves a barrier.

Traffic obstructions: Bollards, or posts, can be installed (or trees grown) to prevent any vehicle that jumps the curb from traveling more than 20 or 30 feet on a sidewalk. But this would be a massive undertaking if it was instituted along the curb of every busy street. And vehicles could still hit pedestrians by running red lights at crowded intersections.

Slow down traffic: Speed bumps can be installed, slowing down and increasing traffic, and potentially impeding a terrorist driving a vehicle. But this would be a big inconvenience for law-abiding drivers who travel along these roads every day. Slowing down traffic would lead to increased congestion and increased travel times.

Barriers at events: Trucks are now routinely parked to block streets hosting open-air markets. For instance, vehicle access is denied to the thousands gathered in New York’s Times Square on New Year’s Eve. Measures were in place to protect those watching the fireworks on Bastille Day in July 2016 in Nice, France, but a security failure may have allowed an unchecked cargo truck to enter the protected area – and 84 people died in the attack. Still, this option could be one of the least expensive and the least inconveniencing measure on this list.

Widening the security circle: On a more ambitious level, entire portions of cities can be surrounded by surveillance measures and physical barriers. During the Irish Republican Army’s terrorist campaign, “rings of steel” encircled downtown Belfast and later the financial district of London. Short of permanent measures, police can set up checkpoints and conduct random vehicle stops, as they do to detect drunken drivers or look for suspicious drivers and vehicles at airports. But this would likely spark complaints from some drivers and civil liberties groups.

Pedestrian walkways: More busy shopping streets and restaurant rows can be turned into pedestrian-only areas where no vehicles are allowed, already a popular trend. But this could create a shortage of parking spaces outside the pedestrian areas, and it might make it hard for some customers to get where they need to go.

Technological solutions: Various electronic means of remotely shutting down vehicles exist and could possibly be employed to prevent vehicular attacks. Looking ahead, autonomous vehicles could be programmed to preclude their use as weapons. But self-driving cars could be prone to hacking.

More analysis is required to determine which of these barriers to vehicular terrorism would be most effective, identify other countermeasures and figure out what they would cost. But this does not preclude a discussion of whether the potential results merit the disruption and investment.

While relatively easy to carry out, vehicle attacks have not proved to be the most lethal terrorist tactic. And it is not clear that any of the suggested potential security measures would prevent a determined terrorist behind the wheel from driving a bit further to get roughly the same results.

Every death by vehicle on our roads is deplorable, of course. But ordinary traffic fatalities have not led to calls to dramatically redesign roads, cars and trucks regardless of cost. Yet a tiny fraction of the carnage, when caused by terrorists, creates alarm. This leads to another uncomfortable question: How can society learn to deal with that fear?

Brian Michael Jenkins is the senior adviser to the president of the nonprofit, nonpartisan RAND Corporation.
ADVERTISEMENT