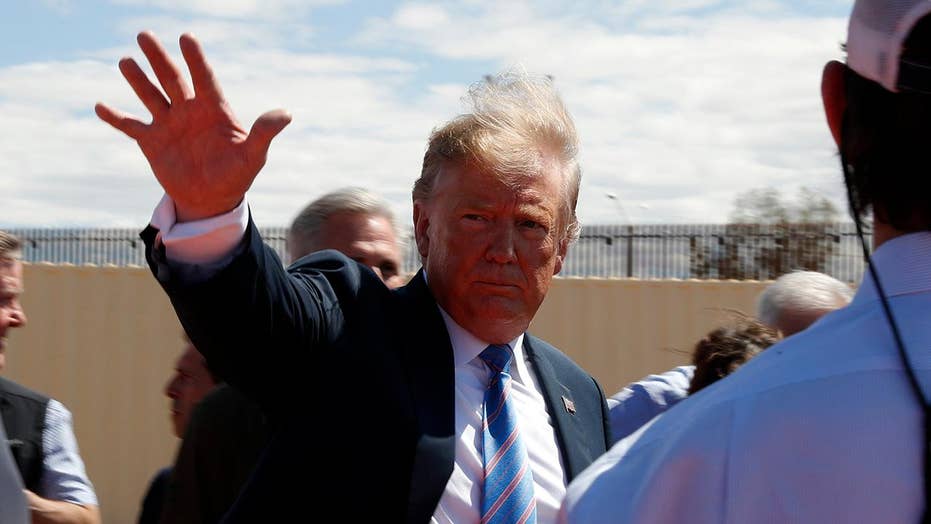 The dramatically worsening crisis at the border – the unfolding humanitarian disaster and utter breakdown of any semblance of the rule of law – is the inevitable result of the open borders agenda of the political class in Washington.

For years, mass migration enthusiasts on both the left and the right have cast themselves as the plucky “pro-immigrant” heroes fighting for a brave, multicultural future while deriding their opponents as curmudgeonly old dinosaurs for wanting to actually enforce immigration laws and keep the border secure.

They tried to sell you a vision of a “welcoming” America that could absorb unlimited numbers of people, without any consideration of their origins, needs, or skills. On the identity politics left, the basic idea was that “people are all the same.” On the libertarian right, the line went, “let them all in, the free market will sort it out.”

BORDER CRISIS: WHEN WILL DEMS IN CONGRESS ADMIT THEIR HATRED FOR TRUMP MEANS MORE THAN US SECURITY?

Right now, we’re getting a real picture of what open borders looks like: an unbridled flood of humanity that our hamstrung law enforcement officers are powerless to stop.

More than 100,000 people were caught crossing our border just last month, the highest level in over a decade. Many more made it through, but the ones who were apprehended – or in many cases just turned themselves in – are going to be released into our country and be protected from deportation anyway. The fact is that we are being overrun.

That’s because the immigration lawyers and activists of the open borders movement have discovered the perfect loophole in our immigration laws: bring kids, turn yourself in, make a bogus asylum claim, and rely on an overloaded immigration court system and a judicial ruling that prohibits detaining minors for longer than 20 days to make sure you’ll be “caught-and-released.”

As a result, 90 percent of the people caught crossing the border are now using this proven method – and Democrats are providing political cover, refusing to allow any revision in the law that would allow these people to be deported.

We know hardly anything about these people other than that they come from some of the world’s poorest countries – mostly El Salvador, Guatemala, and Honduras – and that they don’t qualify to come here under our laws. Estimates show that unless something is done, up to 1.5 million illegal immigrants will enter our communities this year alone – more than the entire populations of Wyoming and Vermont, combined.

Even if the crisis magically ends tomorrow, the consequences of this perfect storm of open borders insanity will be long-lasting and profound.

It’s impossible for Border Patrol agents to vet the massive numbers of people they are apprehending, and law enforcement officials are seeing a worrying rise in members of Central American transnational criminal gangs, including MS-13 are slipping in along with the women and children that the mainstream media have tried to make the face of this invasion. These are some of the most violent and brutal gangs in the world, and they already inflict terrible harm on American towns and cities. Illegal immigration provides them with a large pool of vulnerable young people from which they can draw new recruits to expand their ranks.

This enormous influx of cheap labor also threatens the hard-won gains American workers have made under the Trump administration. Even The New York Times is now admitting that wages for working Americans have increased as a result of a “shortage” of cheap foreign workers entering the labor market. The relatively strict approach to immigration enforcement instituted by President Trump has played a key role in keeping the unemployment rate lower than any president since records began.

Now that’s all at stake. The gains workers have made over the past two years are directly imperiled by a labor market awash with cheap illegal workers. The public treasury stands to be drained by illegal aliens who cost nearly $70,000 apiece in net welfare benefits over the course of their lives. And the American economy stands to lose nearly $150 billion as many of these newcomers send their earnings back to relatives abroad.

The crisis, however, won’t end tomorrow, not with the Democratic Party first denying that it even exists, and then actively endorsing the principle of open borders.

They’re still trying to sell you on the fantasy vision of the supposed benefits of open borders. Don’t buy the lie they’re selling. The humanitarian crisis on our southern border is exactly what open borders look like.