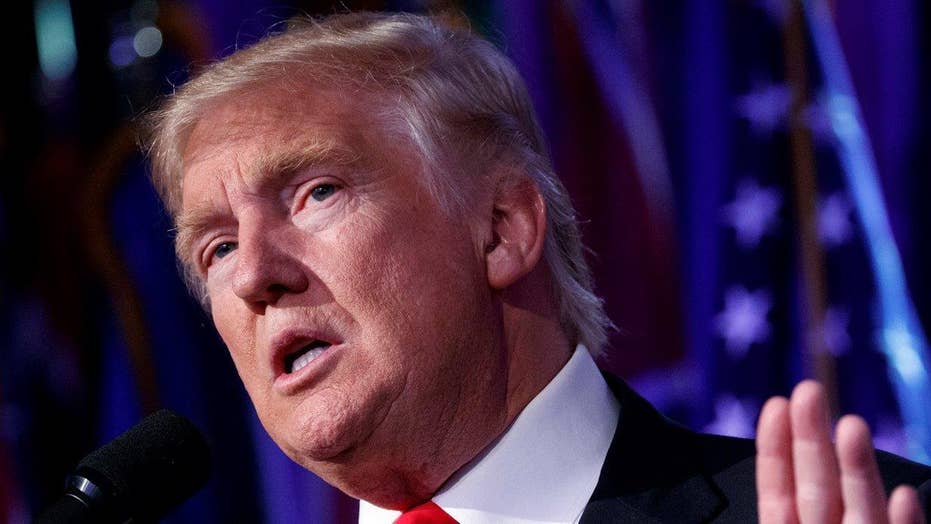 President-elect threatens to 'terminate' US deal with Cuba

On January 19, 1961, under the threat of a storm that would dump eight inches of snow on Washington D.C., President Dwight Eisenhower held a final transition meeting with his young successor, John F. Kennedy. One day before the inauguration, Eisenhower’s mind was on the looming threats to American security, and Cuba was high on that list.

Writing about this critical moment in U.S.-Cuban relations in my new book, “Three Days in January: Dwight Eisenhower’s Final Mission” (out from William Morrow on January 10, 2017), I was struck by the parallels between then and now, especially as we grapple with the implications of the death of Fidel Castro.

Then, at the height of the Cold War, the threat posed by a Soviet-backed dictator off our southern coast was grave, and the need to formulate the right response in a nuclear age was a grave concern for Eisenhower.

On the campaign trail during the 1960 presidential election, Kennedy had been bullish about dealing with and confronting Castro. Now Ike wanted to give him a more measured perspective.

If Eisenhower were advising President-elect Trump today, he would likely suggest, as he did with Kennedy, that the best way to approach such a complex matter as Cubas was to proceed cautiously, to hold his cards close to his vest, and to strategize in private.

In a cabinet meeting following their private discussion, Kennedy learned the details of a plan in development under the auspices of the CIA to train Cuban exiles for a potential invasion of Cuba.  The aim was to overthrow Castro’s brutal regime. But, Ike stressed, the plan was only in the early stages, and certain conditions would have to occur if it had any chance of success—including the creation of a government in exile and a strong leader who was capable of replacing Castro. Kennedy listened respectfully, but he mostly ignored Ike’s caveats.  Kennedy was impatient with the process Ike favored, which involved extensive debates from national security advisers.  He preferred a looser, more shoot-from-the-hip style, and relied on a couple of key men who had his ear.  In the case of Cuba, the absence of sound advice had disastrous consequences.

Within three months of becoming president, Kennedy approved a poorly planned invasion of Cuba at the Bay of Pigs by a disorganized group of exiles. When he withdrew critical air support, Castro’s forces easily swept in and killed or captured the exiles. It was a complete failure—and Kennedy knew it. “How could I have been so stupid?” he raged.

In desperation he turned to Eisenhower.  On April 22 he sent a helicopter to bring Ike from his home in Gettysburg, Pennsylvania for a private consult at Camp David.  As the two men strolled along the wooded paths, Kennedy lamented, “No one knows how tough this job is until he’s been in it a few months.”

Eisenhower smiled wryly. “Mr. President,” he replied softly, “if you will forgive me, I think I mentioned that to you three months ago.” And indeed he had. But Kennedy, bursting with confidence, hadn’t taken him seriously.

Kennedy’s Bay of Pigs fiasco unleashed the rage of Castro and emboldened the Soviet Union to begin erecting missile sites in Cuba pointed at the United States. The Cuban Missile Crisis, over half a century ago, remains America’s most chilling encounter with an immediate nuclear threat.

Once again, Kennedy turned to Ike. In a tape recording of their conversation on file at the JFK Library, one can hear the nervous uncertainty in Kennedy’s voice—and the unruffled calm in Eisenhower’s. Kennedy knew he had to act, even if it meant attacking Cuba and removing the missile sites by force. But he was worried about making a fatal mistake. “What about if the Soviet Union, Khrushchev, announces tomorrow, which I think he will, that if we attack Cuba, that it’s going to be nuclear war, and what’s your judgment as to the chances they’ll fire these things off if we invade Cuba?” he asked Eisenhower.

Ike, the old warrior who had stared down Hitler as commander of the allied forces in World War II, saw through the bluster of our enemies. “Something may make these people shoot ‘em off,” he said. “I just don't believe this will.”  Reassured, Kennedy went on to negotiate the removal of the missile sites, and did it without having to attack Cuba. But it was a very close call.

Today, the wounds from the conflicts of the early 1960’s remain exposed and painful. When President Obama opened relations with Cuba in May of this year, six in ten Americans supported normalization. But for many others, especially in South Florida, the atrocities of Castro’s regime cannot so easily be forgotten, and its future commitment to freedom for its people is not so clear.

In conversations during the transition, Eisenhower told Kennedy that the easy decisions a president faces are handled by staff.  Only the impossible ones fall on the president himself.

President-elect Trump will likely find that to be true as well, and Cuba is a good example. As president he will oversee the beginning of the post-Fidel Castro era, with all the complexity that entails. The decisions he makes early in his term could shape our relationship with the island nation for decades to come. He has already signaled his intention to renegotiate President Obama’s deal and perhaps even terminate it, but no matter what his strategy it will have significant consequences.

If Eisenhower were advising President-elect Trump today, he would likely suggest, as he did with Kennedy, that the best way to approach such a complex matter was to proceed cautiously, to hold his cards close to his vest, and to strategize in private.

In particular, Ike would have advised bringing voices from all sides into the room--those who agreed with the president and those who did not--and letting them engage in a rigorous debate.

We don’t know what could have changed if President Kennedy had listened to Ike’s same advice at the time.

More than five decades later, without the looming Soviet nuclear threat, a President Trump has an opportunity to steer a new course in U.S. Cuba relations.

Tuesday, the Obama administration sent Deputy National Security Adviser Ben Rhodes and U.S. Ambassador to Cuba, Jeffrey DeLaurentis to attend a memorial service for Fidel Castro in Havana.   The administration insisted it was not “honoring” the dictator, who executed thousands of Cuban citizens and persecuted many more, because they didn’t send “an official delegation” to the ceremony.

White House Press Secretary Josh Earnest told reporters about the move, “We believe that this was an appropriate way for the United States to show our commitment to an ongoing future-oriented relationship with the Cuban people.”

No matter which path the 45th president chooses when it comes to Cuba, one can be assured, it will be different in some way to the path the 44th president has pursued.