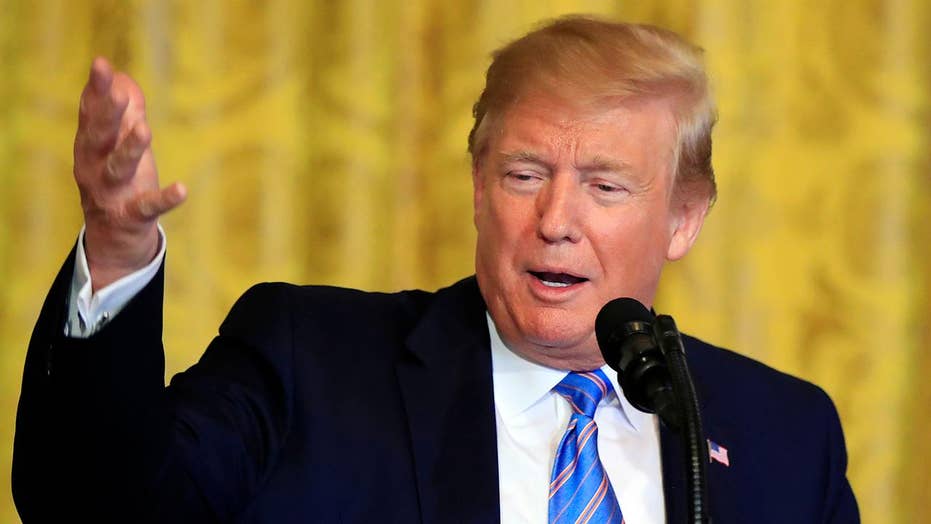 President Trump ups the ante in trade fight with China

After China indicated it was taking back some core items of a trade deal it had already agreed to, President Trump raised tariffs on $200 billion in Chinese goods to 25 percent; chief White House correspondent John Roberts reports.

China has a partner it relies on in its negotiations with the Trump administration: Democrats in the House and Senate. China watches very carefully what is happening on the political front and in our media. China’s behavior and negotiating tactics are calculated based in part on what is happening domestically in the United States.

China dragged its feet on trade until the report by Special Counsel Robert Mueller was released. The Chinese still see weaknesses with the preoccupation by Democrats and the media on impeachment and lack of will or interest on the part of Congress to deal with trade agreements made with Canada and Mexico.

The president of China uses America’s democracy as a tool of negotiation. He sees it as bargaining chip and wishes to exploit our political divisions. The president of China has a lifetime gig. He answers to few and does not have to worry about a free press and political opposition second-guessing every decision or his ability or intent in making bilateral agreements.

I have been to China many times with presidents and vice presidents of the United States and have experienced the difficulties of dealing with a country where “yes” means “no” and “no” means “maybe.” The Chinese see America as a fleeting power – just passing through. Today we are seen as a necessary evil they have to deal with until such time as they don’t. China is expanding its military, Investment, diplomacy and control around the globe.

The Chinese do this while masquerading as still a developing nation and while others are distracted with their own internal and external issues. No one wants to take on China.

Now is the time to act. Any short-term pain to our economy is worth the long-term gains that will be realized by America making fair trade deals.

President Trump is the only world leader who is holding China to account on trade, military expansion, currency manipulation, intellectual property rights, the environment and global responsibility, just to name a few issues.

President Trump understands that now is the time to hold China to account. For far too long China has repeatedly threatened U.S. economic and national security interests. Finally, we have a president who is serious about getting tough on China and fighting for reciprocal trade deals.

Around the world, governments are in agreement about China’s trade cheating and recognize they are using investments and merger deals to steal technologies and gain access to sensitive data.

Even previous Democratic presidential candidates have campaigned on cracking down on China’s trade abuses.

Sen. Bernie Sanders, I-Vt., said in 2016: "I was proud to help lead the effort against ...  permanent normal trade relations with China."

Then-candidate Barack Obama said in 2008: “We need to finally confront the issue of trade with China.”

Yet despite the clear threats posed by China to the U.S., leading 2020 Democrat and former Vice President Joe Biden laughably claimed China is not a threat. Additionally, the former vice president was the leading pitchman for the Trans-Pacific Partnership (TPP) which would have allowed China to reap benefits without having to abide by the terms of the deal.

As China feels the heat from tariffs, the U.S. economy is soaring. Since President Trump was elected, more than 6 million new jobs have been created. The unemployment rate has dropped to 3.6 percent, the lowest since 1969. First quarter GDP in 2019 was 3.2 percent, the best first quarter in the last four years.

In order to keep the pressure on China, now is the time for Democrats and Republicans in Congress to pass the trade agreement between the U.S., Canada and Mexico, (USMCA). There is no doubt that if House Speaker Nancy Pelosi, D-Calif., gave it her green light it would pass the House.

Now is the time to act. Any short-term pain to our economy is worth the long-term gains that will be realized by America making fair trade deals. China is watching.