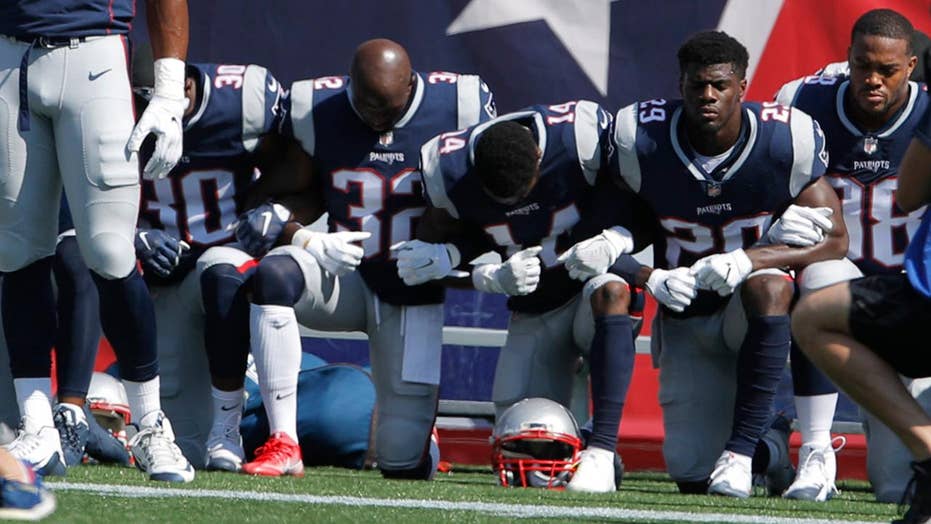 President Trump took a thinly-veiled dig at kneeling players during his State of the Union address, while NFL commissioner Roger Goodell dodged a question about the controversy.

A growing number of Americans have decided they have better things to do with their time on Super Bowl Sunday than support a professional football league that doesn't have the decency to honor the national anthem.

American Legion and VFW posts, restaurants and bars, and even a bowling alley have decided they will not broadcast the Super Bowl game in their establishments -- out of respect for veterans and law enforcement.

A giant electronic sign outside the Oneota Veterans Club in New York reads, “In honor of our country, our flag, our veterans."

The Knights of Columbus chapter in Longview, Texas decided to end a decades-old tradition of broadcasting the game -- over their "disgust" with the national anthem protests.

"The veterans are especially aggravated by the course of events. This especially hits us as an insult when people are disrespectful of our flag and national anthem," chapter member Vance Lowery told television station KLTV.