"F." One letter says everything you need to know about failure in our society. In this case, it’s a letter hard-earned by Big Tech.

There’s a simple reason. The first quarter of 2021 was the worst for online freedom since the start of the dotcom era. Big Tech went to war with conservatives in a place that was once one of the most free places on earth – the internet. That failing grade is the assessment of the Media Research Center’s new, quarterly report card about the censorship and biases that have taken over in Silicon Valley.

Big Tech didn’t just fail overall. All six major firms that were analyzed earned an "F" in free speech. The list was a Who’s Who of technology – Amazon, Apple, Facebook, Google, Twitter and YouTube. None of them did well. If there were a lower grade than "F," some might have earned it.

GREG GUTFELD: DIVISION IS ALL OUR POLITICAL AND MEDIA CLASS WANT AND NEED

The first quarter was filled with examples of their censorship. The power-mad powerbrokers of Big Tech went after President Donald Trump following the Capitol Hill riot. At least 10 separate tech companies censored him. Trump had long been in their sights. Leftist journalists and their friends in the tech world were furious that he had used social media to win election in 2016. They spent years getting revenge.

It wasn’t enough that they censored him and his campaign 625 times, compared to zero for Team BIden. The tech overlords were determined to take away his online powerbase and used the Capitol Hill riot as an excuse to do so.

It was an action so extreme that foreign leaders like Germany’s Angela Merkel and Mexico’s Andrés Manuel López Obrador slammed the move. Even socialist Sen. Bernie Sanders, I-Vt., said he didn’t "feel comfortable" about the ban.

Once Big Tech companies got away with that, they figured they could do anything to anybody.

The results were staggering. Three major tech firms tried to destroy the free speech platform Parler. Google and Apple proved to the whole world they have too much control of app downloads for phones. They’re a cozy and dangerous monopoly. (Technically, they’re a duopoly, but Parker Brothers didn’t make a game with that name, so I’ll stick to Monopoly.)

Amazon Web Services followed by banning Parler from its platform, effectively shutting down the social media site for more than five weeks. Amazon Employees For Climate Justice, one of the many leftist pressure groups in the tech world, demanded the company censor Parler. The incident was just one more reminder that Big Tech is liberal from top to bottom.

Of course, Amazon was being completely hypocritical. The riot was organized more heavily on Facebook and Twitter, according to news reports. But Amazon didn’t target them.

Amazon’s attitude about hate was especially ironic, given the preponderance of it on the Amazon platform. Our analysis of the things the company sells found at least 270 hateful items. Those included close to 100 items with Nazi or White supremacist symbols and runes – jewlery, patches, flags and clothing. Amazon even sold a T-shirt with the slogan "Kill All Republicans."

Nothing typifies Amazon’s attitude toward the right better than a shirt calling to kill every member of the opposing political party.

Nothing typifies Amazon’s attitude toward the right better than a shirt calling to kill every member of the opposing political party. The company censored Ryan T. Anderson’s book about transgender ideology. It also disappeared a documentary about African American Supreme Court Justice Clarence Thomas right in the middle of Black History Month.

The online sales giant is owned by mega-billionaire Jeff Bezos, who also owns The Washington Post. Customers can still buy Hitler’s "Mein Kampf" on his Amazon site. Of course. 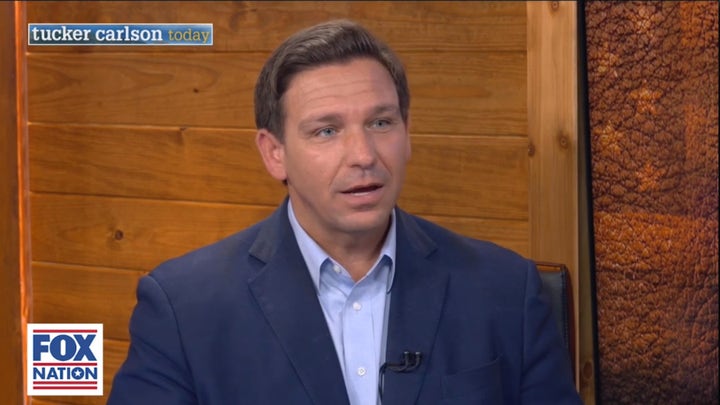 None of this is surprising. Conservatives have been battling Big Tech censorship for several years. And the problem has only gotten worse. Congressional hearings on the issue have reached a point where the CEOs openly mock the process. Twitter CEO Jack Dorsey was caught tweeting during the most recent hearing, sarcastically polling about whether to answer yes or no to a simple "?"

He and the other Big Tech CEOs have handled the mistreatment of conservatives with the same seriousness. Thankfully, momentum is starting to go against them. Not in Congress, but in the states where new restrictions and antitrust actions finally have Silicon Valley taking notice.

This first report card is a harsh reminder of why those actions are necessary. Online censorship is out of control. Stopping that Big Tech blitz will take a concerted effort.

Now let’s get to work and do it.