With each passing week, it looks like World War III -- between America and China -- is coming sooner than we think. It's not going to be fought with bullets or aircraft carriers, although the Chinese are building up their military in an aggressive and threatening way.

This will more likely be an all-out economic war for global supremacy. The yuan versus the dollar. The Nasdaq versus the Shanghai Stock Exchange.

Meanwhile, America is asleep at the switch -- at least, the Biden administration is. This is the worst possible time to be raising tax rates on American companies (Our business tax rates would be higher than China's under President Joe Biden's plan!), dismantling American energy (at a time when China is running 1,000 dirty coal plants with dozens more in construction), and running up the national debt (with China a major purchaser of the bonds).

Love Donald Trump or hate him, he was a president who put America first and recognized the predatory nature of the Chinese regime. He got tough with President Xi Jinping and overturned one-sided trade deals. His strategy was to do what former President Ronald Reagan did to win the Cold War: Make America tremendously prosperous by building up our strategic industries in a way that the Soviet Union or China couldn't compete with.

The danger is that we now have a president in Biden who thinks that climate change is a bigger threat to the world than the Maoists in Beijing.

And make no mistake about it; the communists are back in charge in China. Jinping has basically announced himself to be president for life, as democracy and free elections fly out the window. China is also sprinting back to command and control fascist government and industry "cooperation." That's a model that will eventually implode, but as we learned from the Soviet menace, they can do a lot of damage to peace and prosperity in the meantime.

It's no accident that China's economy and stock market are faltering. In the last year, as the U.S. stock market has risen by about 20% (thanks to Operation Warp Speed), China's Shanghai stock market went down 15%. They are sprinting toward socialism faster than we are... for now. 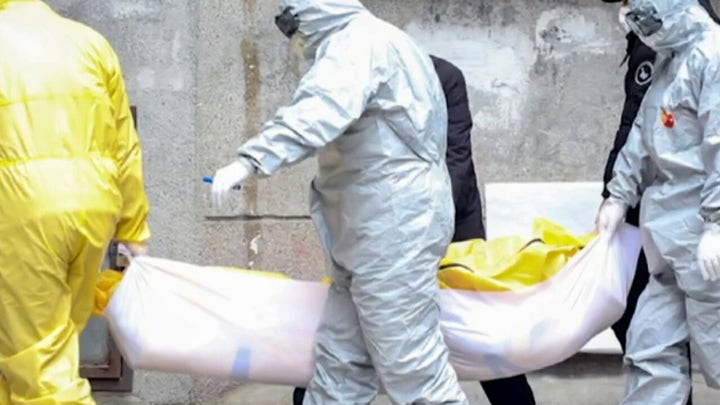 The Chinese stock market jitters reflect global investors' irritation with the more frequent political interventions in business affairs. As Foreign Affairs magazine recently put it regarding these iron-fisted interferences into the business activities of its largest companies: "Xi has placed China on a risky trajectory, one that threatens the (free market) achievements of his predecessors."

In short, events of recent months both militarily and economically confirm that the modern Maoists are firmly entrenched in Beijing, and capitalism is losing. Jinping's administration simply doesn't get what George H.W. Bush once so eloquently described as "that freedom thing."

Militant social controls and restraints on individual liberty are now being matched with economic controls on Chinese megacorporations that are trying to vie for industry supremacy in technology, biology, manufacturing and transportation. Is all of this reminiscent of Japan circa 1939?

What is the Biden administration's response to these threats? The massive $5 trillion spend, tax and borrow bill he is steamrolling through Congress will impair American economic supremacy almost overnight.

Under Trump, tax rate reductions led to a $1 trillion infusion of capital from around the world, coming back to these shores to build up our industrial might. Biden's tax policies will have the reverse effect: deindustrialization.

We are, as a nation, now back to importing tens of billions of dollars of energy from OPEC and Russia instead of selling the hundreds of years' worth of oil, gas and coal.

Do the progressives who now run Washington really believe we are going to defeat the rising Communist China threat by building windmills? Do they think that redistributing income and wealth makes more sense than creating it?

Will we be in any economic shape to repel China's militaristic advances in the South China Sea, in India, in Africa and perhaps on to the shores of Taiwan with the policies in place in Washington today?

The war with China is on. Right now, only one country is fighting -- China. Let's not let another Afghanistan catastrophe happen in Asia.

Reagan was right. Strong at home. Strong abroad. Today, are we either?